What is a shop called that sells music CDs?

What is a shop called that sells music CDs (American English)? Such shops also offer some classic or traditional music on other forms of media — vinyl or cassettes. However they do not sell music instruments or offers music classes (see photo). 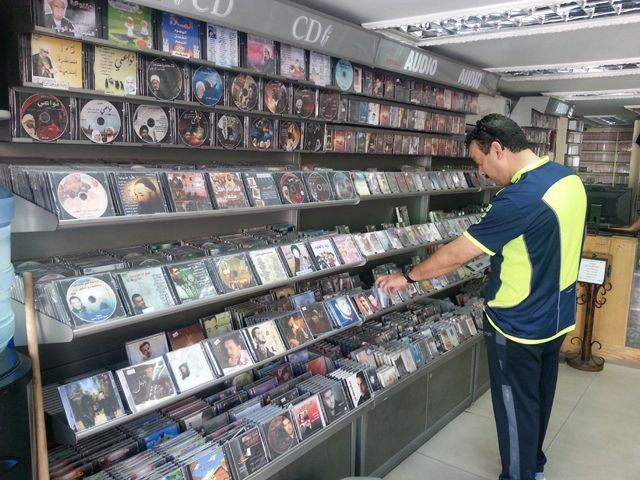 The somewhat outdated title is Record Store or Record Shop.

As shown in Ngram "record shop" is the more common definition in BrE while (see Ngram) "record store" is more common in AmE.

Spillers Records in Cardiff, Wales, founded in 1894 by Henry Spiller, is reputed to be the oldest record shop in the world. It originally specialised in the sale of phonographs, cylinders and shellac discs. (The world's oldest record shop: on the vinyl frontier since 1894).

Back when such things mattered, growing up in the US we called them "music stores".

If it sells only recorded music, Americans usually call it a record store, no matter the media. This is analogous to considering the store to be part of a database of music, one recording being a record regardless of the physical media. Each piece of music, whether collected into an album or individually would be a file.

I believe anyone who grew up with iTunes would agree since that's the model Apple used when designing iTunes. The Youtube generation might see it different, but still in terms of data storage. If the store's inventory includes audio books, paperbacks and hardbacks in addition to recorded music, it is called a bookstore. Barnes&Noble is an example of a bookstore that sells music.

These days, most places that sell CD's we call a "Thrift store". We might also say "garage sale", or "flea market", or "street hustler".

Not the answer you're looking for? Browse other questions tagged meaning professions or ask your own question.

2
What does the expression "body shop" mean?
17
What are the differences between "shop," "shoppe," and "store"?
0
What does "sex sells" mean? (and its origin)
7
Dust vs. Undust?
1
Why does Obama call them "Lone Wolf Actors"? (Etymology of Lone Wolf)
13
Making sense of dollars and "geetus"
0
What is the profession of adding special effects to a video called?