As a non-native speaker, I'm struggling to describe environments comprehensibly and detailedly.

The following picture shows typical ground in a forest, and I would most likely call it earth or soil. 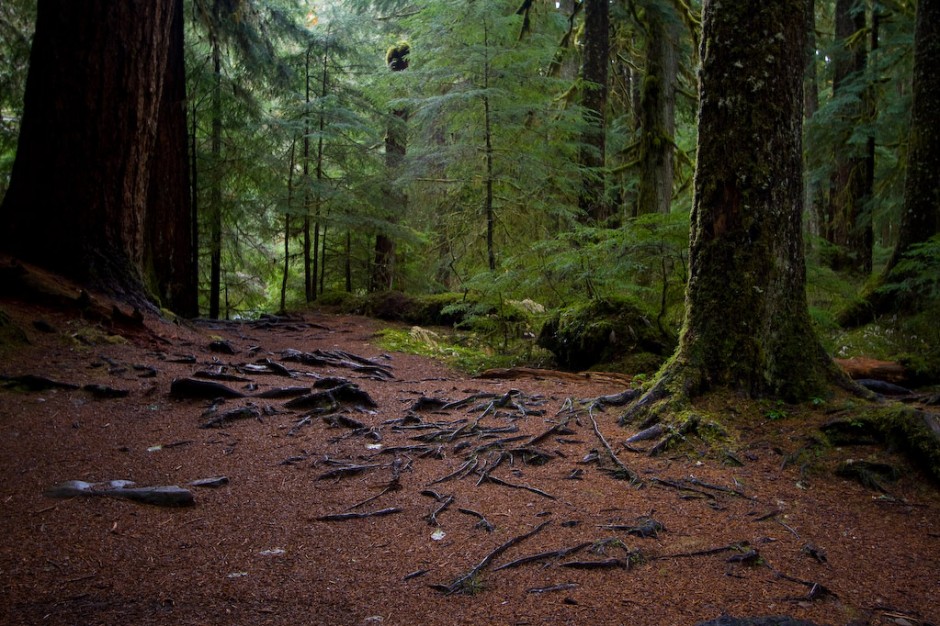 But how would one describe the following coarse, stony ground that can occur in certain similar surroundings — forestland, that is, even though less densely covered. 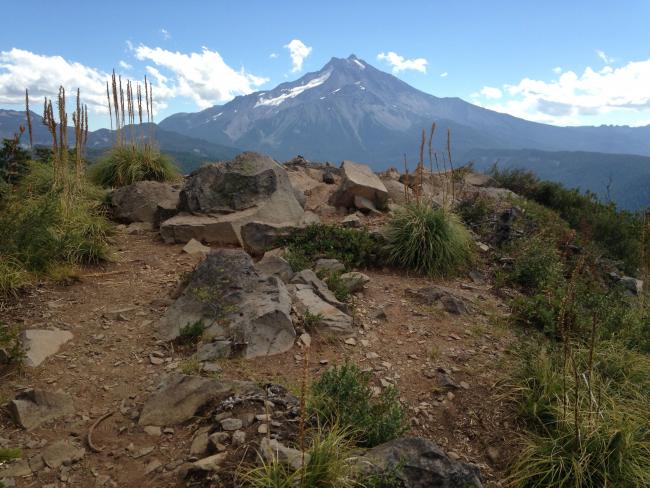 This question is not necessarily limited to this type of ground. I'm looking for terms to enhance the variety with which I can describe land.

The first image does not appear to show a soil at all, but a 'needle carpet' or 'carpet of needles'.

For examples of the term in use, see here: in describing Hemlock Forest in Nova Scotia

or talking about Peat Bog restoration

One year later, Sphagnum cover had increased, with S. cuspidatum present in flooded ditches, S. capillifolium and S. recurvum in the damper microsites formed by the plough furrows, and S. tenellum colonising some areas of bare peat and of the conifer needle carpet which covered the previously forested ground (Brooks and Stoneman, 1997b)

Your second example is, again, barely soil at all, it looks to have been subject to erosion, from walkers and water flow. It has a high mineral/rock content and next to no humous or biological matter. Looking to the side where there is vegetation, I would expect that this is at altitude, where the growing season is shorter, and a thin, fragile topsoil layer has been lost - exposing the stony subsoil.

Soil develops in layers, biological matter is in the upper layer where worms and insects move, plants grow and leaf litter falls (but leaf litter isn't part of soil until it has begun to decay and be incorporated).

Activity of roots and soil fauna mix and mingle the biological matter with the mineral layer which is formed from decaying bedrock, or which has been deposited by geological processes.

Soil therefore has 'horizons' defined by the degree of mixing of mineral and biological elements.The soil shown would probably be below the topsoil and therefore be 'regolith'

Regolith on Earth originates from weathering and biological processes; if it contains a significant proportion of biological compounds it is more conventionally referred to as soil. People also call various types of earthly regolith by such names as dirt, dust, gravel, sand, and (when wet) mud.

Note that 'regolith' is a technical term and most people wouldn't use it. As the wikipedia article notes people use much looser terms. Not all terms are used across all forms of English either. A British English speaker would not call soil 'dirt' unless it has been transferred to a surface or other location from which it then needed to be cleaned. ie It's soil in your garden but dirt on your shirt.

Personally, as a British English speaker, I would call the exposed soil in the second image 'bare earth', and only describe it as 'mineral' or 'without organic matter' if there was a pressing reason to be more specific.

Not the answer you're looking for? Browse other questions tagged single-word-requests nuance geography or ask your own question.