What does “modest station of judges” mean?

The Washington Post (March 20) carries an article under the title, “ Supreme Court nominee promises to remember ‘modest station’ of judges in a democracy,” which follows:

Judge Neil Gorsuch promised to remember the “modest station we judges are meant to occupy in a democracy” if he is elevated to the nation’s highest court, as the hearing on his nomination to the Supreme Court began among Democratic doubts about his impartiality and whether he should be before them in the first place.

Oxford Advanced English Learners Dictionary provides the definition of ‘station‘ other than railway / bus stops and radio / TV stations as 5.(old-fashioned or formal) your social position.

What does “the modest station of judges” mean? Does it simply mean a post? What is the special implication of “station” here in quotes, if it has?

In that context station refers to:

the position, as of persons or things, in a scale of estimation, rank, or dignity; standing:

He is sort of downplaying the effective role and power that judges have in the American democratic system.

You have the definition of station correct. He is using it to mean the post or role of a judge. By referring to it as a "modest station" is he stating his opinion that the judicial branch has a limited role in American government, and should not exercise powers beyond that in making decisions.

This is the fifth sense of station in the OALD:

(old-fashioned or formal) your social position

It is in quotes because it is an exact quotation from his introductory statement.

Gorsuch is commenting that he believes the judiciary, in a democracy, should be cautious in the use of their power, as a way of assuaging the concerns of the opposition that he would use his position on the Supreme Court to overturn laws and protections they favor.

What does “the modest station of judges” mean? Does it simply mean a post? What is the special implication of “station” here in quotes, if it has?

The word "station," as used here, is a formal and somewhat archaic, literary way of referring to status in society. The judge is speaking in a very formal setting, and this choice of words adds a subtle touch of gravitas and learning to what he is saying.

This meaning of "station" is associated with the phrase "station in life," and a search in Google Ngrams suggests that this phrase was most widely used in writing in the 19th century. 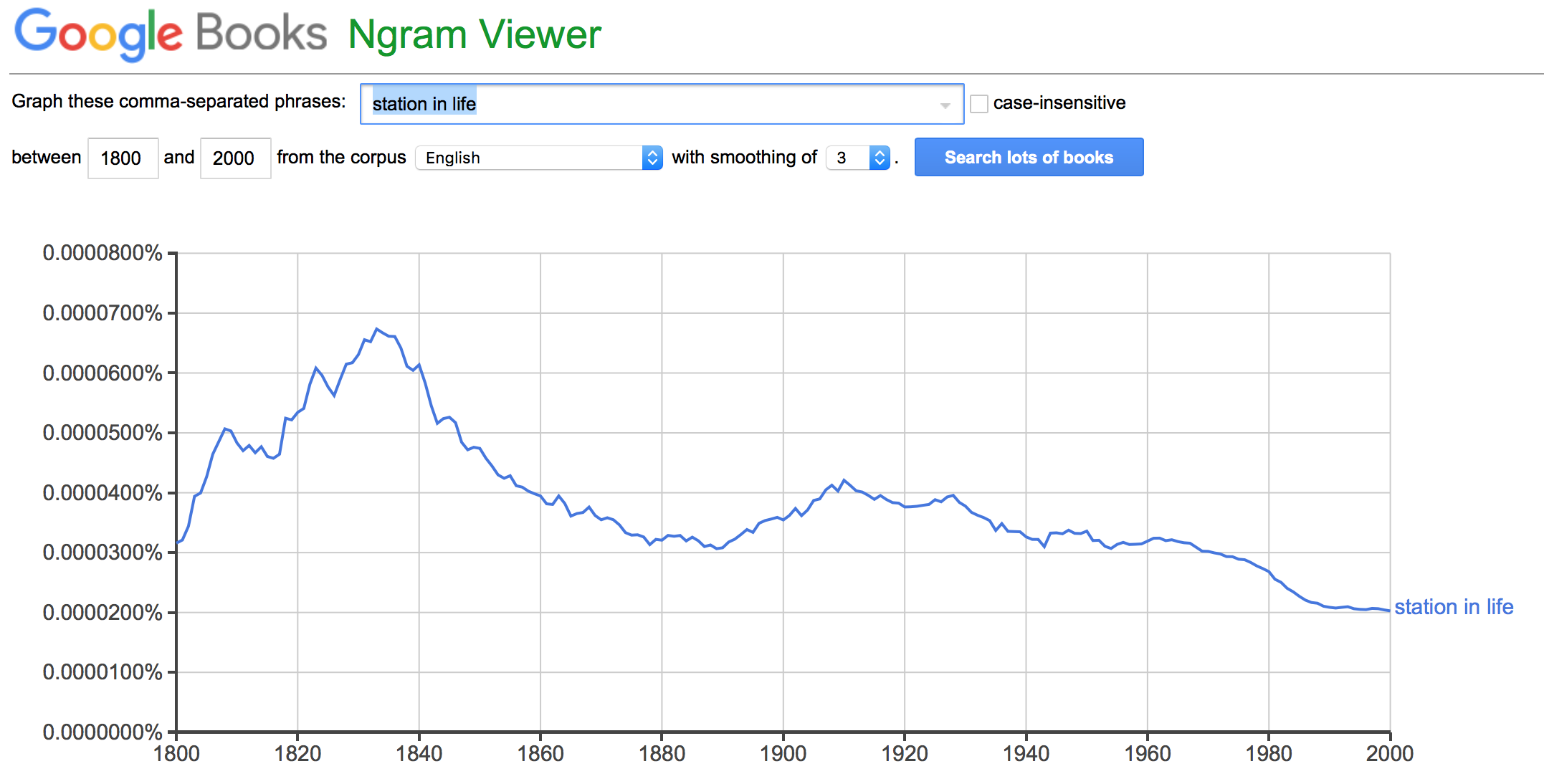 Judge Gorsuch wants to reassure his audience, particularly Democrats, that he understands that a judge should not be an activist. In other words, he understands that membership of the Supreme Court is not supposed to be an opportunity to advance a political agenda to make changes in the law that will have a radical impact on American society. The word "modest" expresses this overtly, while the choice of "station" — as opposed to "position" or "status"— subtly suggests reliability, an effect that derives from its association with an old and literary phrase.

Not the answer you're looking for? Browse other questions tagged meaning context or ask your own question.