Is “What I'm doing is” followed by an infinitive or gerund form? [closed]

Title says everything. American English please (but if it's different in British English, please point that out as well)

To answer this kind of question I find it best to consult a large corpus. This enables me to answer the question based on what people actually do rather than offer an answer that is opinion-based and prescriptive.

I found 24 examples, all appearing to have been written by competent writers, where the infinitive is used in a noun phrase that is expressing an equivalent to the preceding what I am doing is. 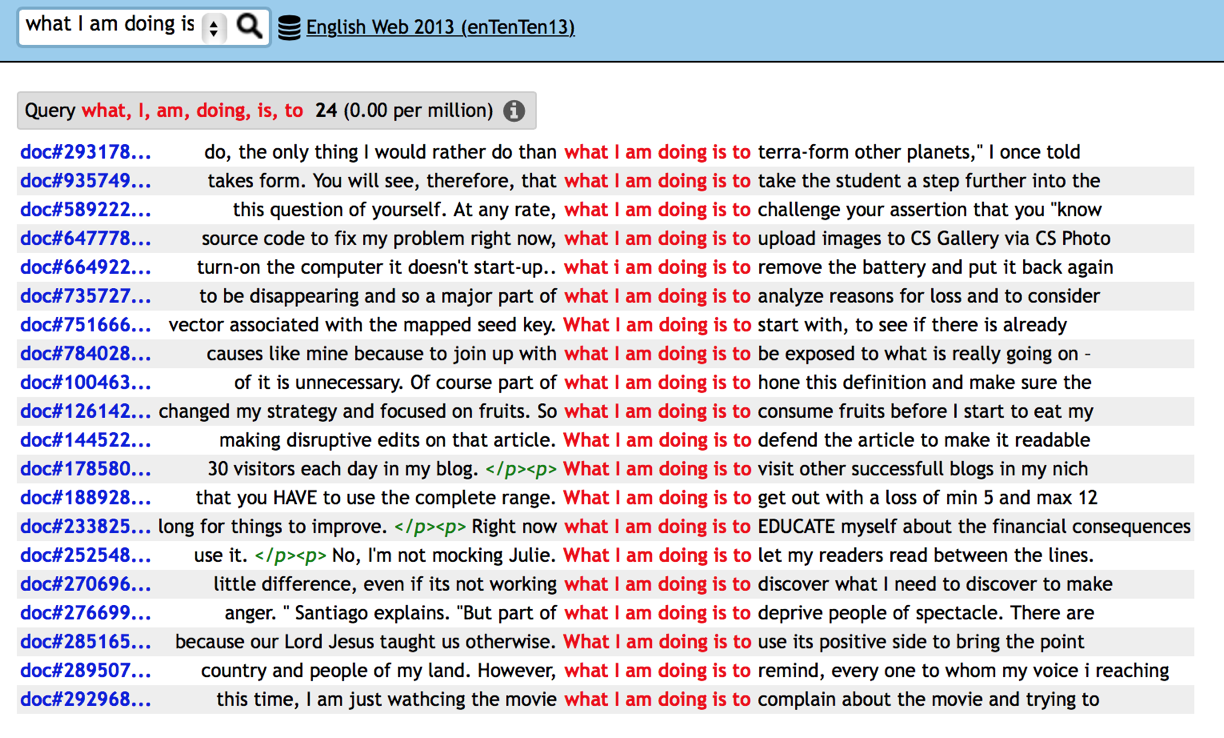 A search for "what I am doing is" yields 1,172 examples. The following is a picture of the first page of a random sample (250 examples) of the overall set. I have added green rectangles to show where the gerund is used in a noun phrase that amounts to the equivalent of what I am doing. There are thirteen of these on the page of 30 examples. 1172 divided by 30 equals roughly 39. Multiply 39 by 13 and you get 507. So there are probably around 500 examples in the corpus of a gerund being used in a noun phrase equivalent to what I am doing is.

We can conclude that the gerund is far more common in this kind of equivalent construction. However, as the gerund examples that are not enclosed in green triangles show, the construction is not limited to the expression of equivalents to what I am doing is. 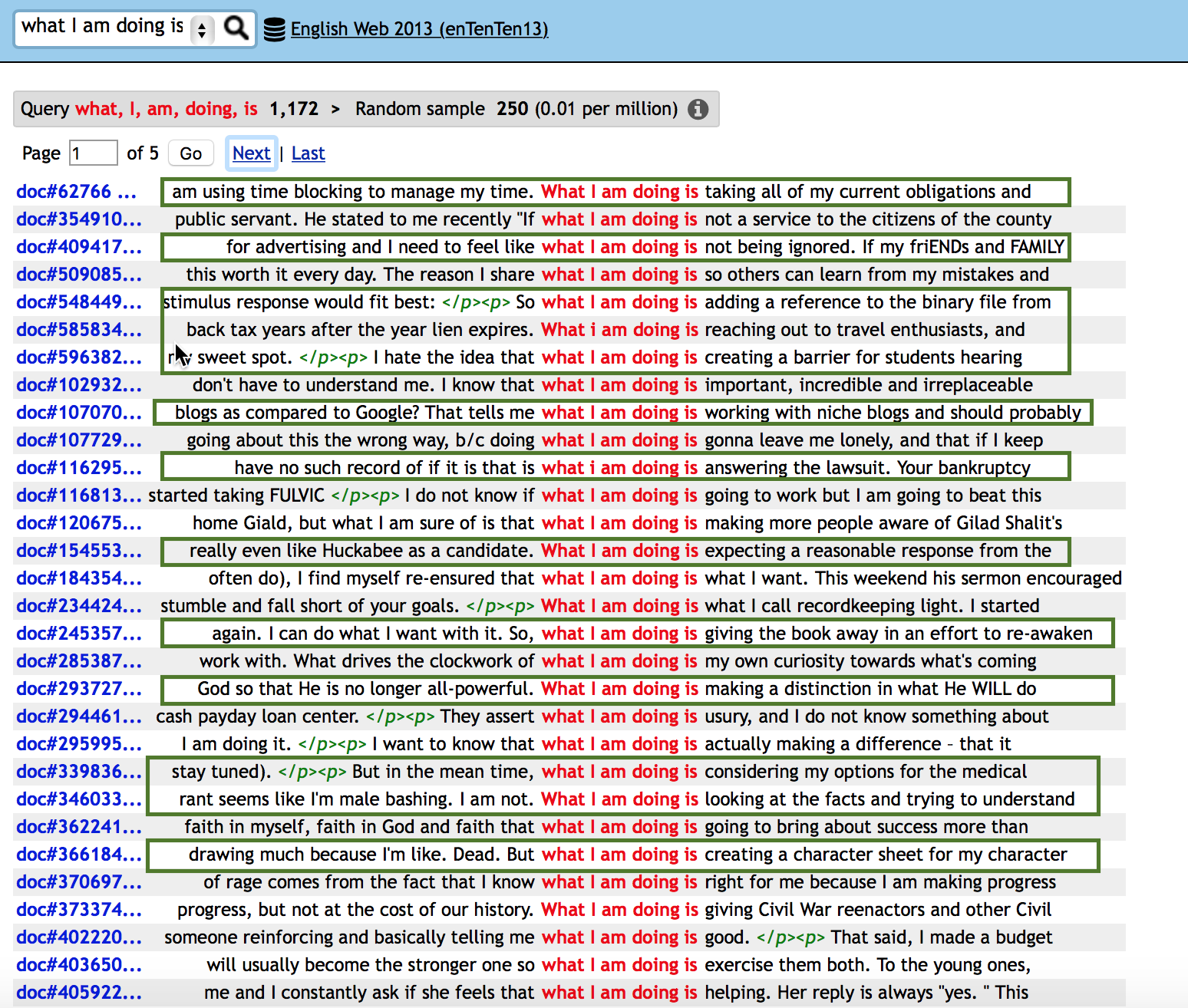 Not the answer you're looking for? Browse other questions tagged gerunds infinitives clefts or ask your own question.

15
“What I'm doing is watching TV.” — Why does it have to be the gerund-participle ('watching')?
2
Is this sentence correct? “What I want to do is read this book.”