What is the word for the point where two lines come together, if that point is at the bottom of the whole?

For example, in a cone (so this isn't exclusively lines), pointed down, what would you call the point?

Vertex is a possibility as it means

• each angular point of a polygon, polyhedron, or other figure.

• a meeting point of two lines that form an angle.

However, it also means

• the highest point; the top or apex

which is in fact the opposite of the meaning I seek, and could lead to confusion.

Nadir, as the lowest point, could work but it makes no reference to anything coming together and, I believe, only used figuratively except for in reference to astronomy.

Use in a sentence:

• We need to put a gutter at the ---- of the (inverted) roof, where the two sides slope down to each other.

• The font-designer recommended that his student make the capital M's ---- sharper.
(Note: I choose M rather than V because the lower angle of the M is not in fact the lowest part of the M—it is not the base or the bottom. It's primary identity is as a vertex, except that vertex also indicates apex.)

Juncture, a place where things join

which carries no meaning of top.

All definitions from NOAD.

3 b :  the place of meeting of two slopes of a roof that form on the plan a reentrant angle
Merriam-Webster

The term does invoke metaphorical imagery, but is also a roofing term as indicated by the definition.

Here is a description of a butterfly roof using the term:

A butterfly roof (sometimes called a V roof or London roof) is a form of roof characterised by an inversion of a standard roof form, with two roof surfaces sloping down from opposing edges to a valley near the middle of the roof. 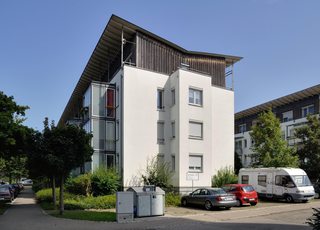 According to MW: A depression is "a place or part that is lower than the surrounding area"

If you don't want to use nadir, depression is the word that comes first to mind. As previously stated here, you can also use base or bottom, but I think this serves your sentence best.