Abbreviating names that start with a vowel

When abbreviating all kinds of names, the first letter is taken:

In normal English usage, abbreviations of names are based only on the first letter as spelled. This is true for first, middle, and last names:

and regardless of pronunciation:

Therefore, you would abbreviate your example as

There are 2 exceptions I can think of.

This only applies to transliterations from foreign languages. So, for example, in text written originally in English, Russian-American Sergei Khrushchev's name would be abbreviated "K.", not "Kh.".

It's uncommon in the U.S. to use anything more than the first initial – consonant or vowel. However, one rare but interesting exception is when two players on the same athletic team share the same last name, and the same first initial. In such circumstances, sometimes the second letter is used to differentiate between, say, Michael and Martellus. 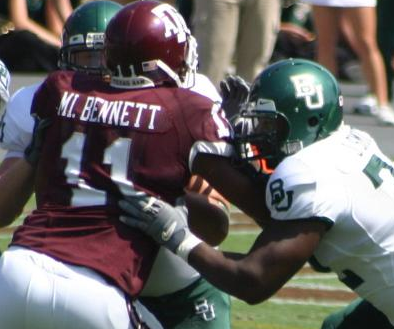 Not the answer you're looking for? Browse other questions tagged abbreviations names rules or ask your own question.

5
Should Philip have P. or Ph. as an initial?

3
Use of 'The' in names containing 'Of'
2
Using apostrophe when abbreviating “recommendations” as “reco's”
4
Can last names be shortened just as first names?
9
Why are names that begin with “Mc” first in order over names that begin with “Ma”?
1
Case of website names in written communication
2
Should one use “of” when abbreviating “number of…” using “no.”?
2
Names referred to as words