Why is it called a nut (as in nuts and bolts)?

I've tried to find this out and it seems to be a dark hole. Etymology Online doesn't have much

Meaning "crazy person, crank" is attested from 1903 (British form nutter first attested 1958; nut-case is from 1959); see nuts. American English slang sense of "amount of money required for something" is first recorded 1912. The nut that goes onto a bolt is first recorded 1610s (used of other small mechanical pieces since early 15c.). Nuts and bolts "fundamentals" is from 1960.

There is some evidence that it is from the middle French word for screw, escroue, perhaps indicating that the two items were conflated

"cylinder of wood or metal with a spiral ridge round it; hole in which a screw turns," c. 1400, from Middle French escroue "nut, cylindrical socket, screwhole," of uncertain etymology; not found in other Romanic languages. Perhaps via Gallo-Roman *scroba or West Germanic *scruva from Vulgar Latin scrobis "screw-head groove," in classical Latin "ditch, trench," also "vagina" (Diez, though OED finds this "phonologically impossible").

The name for nut in French is still écrou apparently from the the hole made by swine in rooting, but still referring to the mechanical not botanical nut.

But as Diaz says, this seems to be phonetically impossible.

Re the history of the nut and bolt, the screw thread is nothing new, it was around from at least the times of Babylon and Archimedes, the real innovation in the late 16th century was the pairing of a part that had a screw thread on the inside. Prior to that, fasteners were more like pegs, still called bolts and they date back to the Ancient Rome. The nut in the threaded bolt and nut invented Besson in France was probably a simple square block of wood with a hole in the middle, probably tightened with a piece of rope wrapped tightly around it to act as a wrench. Probably at the time, the screw and nut was sold as a set (and why wouldn't it be, one is pointless without the other) simply named a escroue, and it wasn't until later, perhaps when they were being produced by Hindley of York in 1641 that the names diverged.

I assume it will be impossible to find a definitive answer for this, given that even the OED is not certain. But there are some clues to follow.

Here's a PDF link to Frederick E. Graves' fascinating article by the way.

Let's discard all the trappings of the modern nut. No internal threading, no distinct shapes, no metal. In ancient times a mechanical nut was just a protrusion on something thinner so that the thin object was prevented from moving.

There is a prehistoric Indo-European root "knu-", which simply means "lump." Here is some discussion of it, in the form of a paper by Guus Kroonen called "Non-Indo-European Root Nouns in Germanic: Evidence in Spport of the Agricultural Substrate Hypothesis" It is possible that this root made its way into the word for the modular lump-like protrusion attached to an otherwise smooth object, now known as the "nut".

Most probably the reason lies in this portion of the passage you quote from Etymology Online:

used of other small mechanical pieces since early 15c.

For example, the Oxford English Dictionary lists several uses of nut as a (small) revolving mechanical piece, including

1 small cogwheels, especially those used in clocks (from 1428)

3 the crossbow nut (from 1528) (OED: A revolving claw that holds back the bowstring of a crossbow until released by the trigger)

Two medieval crossbow nuts (see other images in the middle of this page.)

as well as stationary nuts, including

5 projections on the stock of anchors

Etc. Thus, there are several uses of nut that refer to mechanisms.

And I'm inclined to believe that the reason for the uses of the word is because of the similarity in shape to the botanical nut. Or as the Oxford English Dictionary says "Something resembling a nut in shape."

The origin of nut is firmly Germanic.

Here is an acorn: 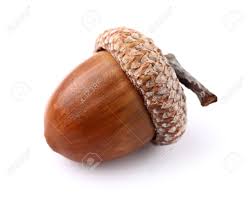 Here is an acorn nut: 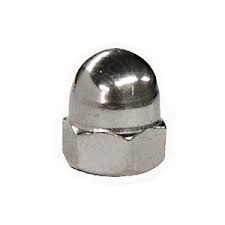 since it is a product and linked to a company,sometimes they would use letters of the action involved to name the product,hence tighten.using.torque Since with obtaining a patent there a would be a number of security issues, conscious as relevant to linguistics and phonetics being used. Torque - Wikipedia https://en.wikipedia.org/wiki/Torque Torque, moment, or moment of force (see the terminology below) is rotational force. Just as a linear force is a push or a pull, a torque can be thought of as a twist .. The defining would possibly drift to other areas by use of a connection that would be such as a farm and equipment upon.

7
Are "money" and "mind" cognates?
18
Why is a "field" on a form called a field?
6
How did 'pummel' evolve from the meaning of apple?
3
What semantic notions underlie 'hook' and 'blunder'?
27
How did words like align get a g?
104
Why is embassy spelled with E but ambassador with A?
5
Why did word final S get replaced by "CE" in Middle and Modern English?