What is the meaning of OCB?

In a scene from the second episode of the TV miniseries Top of the Lake, the lead character (a New Zealand police officer) discovers a dead body floating in the sea. She does not enter into the water, but calls for her male companion, and shouts instructions:

Don't touch him… all right, just bring him into shore. I'm going to have to stay here, I'm OCB.

In a further scene she tries entering into the sea, but experiences sth. that looks like a panic attack and is forced to draw back.

Though I found a couple of terms called OCB, they do not make any sense in this context. 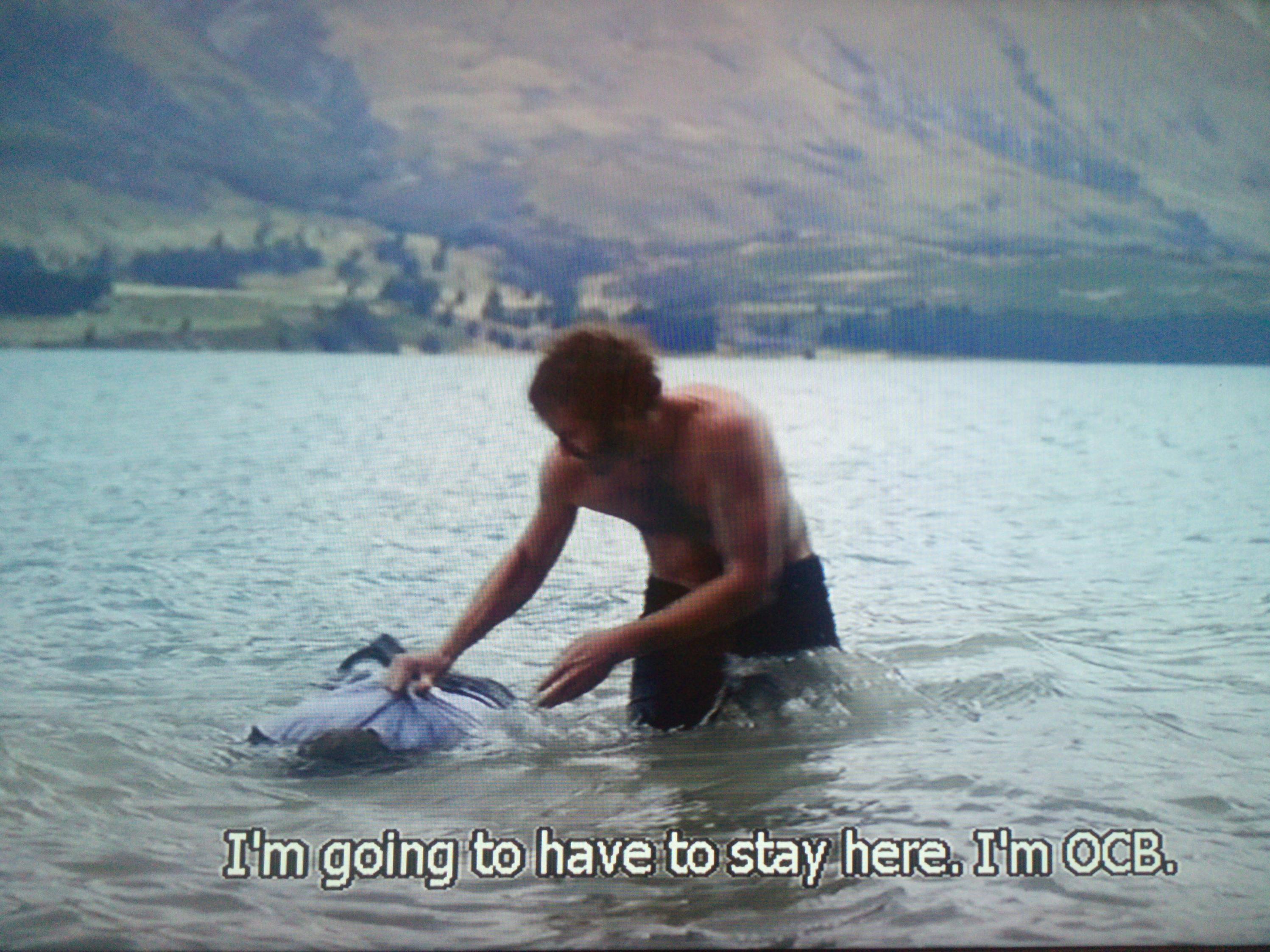 OCD doesn't make sense to me here (typically one says I have OCD and can't go in the water, or I have a phobia of going in the water), so I did some googling.

At https://forum.wordreference.com/threads/the-word-ocb.2695037/, someone suggested "Officer in Charge of Body." This sounds good to me. Nice and officious, which police lingo tends to be. More googling produced:

Not the answer you're looking for? Browse other questions tagged single-word-requests terminology acronyms obscure-terms or ask your own question.

2
I'm looking for an incredibly obscure word meaning "obscure / holy / hidden away"
1
What is the term for escapsulating content with something else?
0
What do we call English transliterations re-transliterated into English?
1
What does the term 'Golden Clime' refer to in the following paragraph?
1
What is the meaning of PRZS?
2
What is a 'plated harness'?
1
What is the term for repeating the same word twice or more to create a new meaning altogether?
0
What do you call the stores on the front of a building?