As a shortening of “bourgeois”, is “bougie” or “bourgie” correct?

Bougie or bourgie is used as a shortened, informal version of bourgeois used in African American Vernacular English. For example:

The car he drives is indicative of his [bougie | bourgie] lifestyle.

A look at Google ngrams 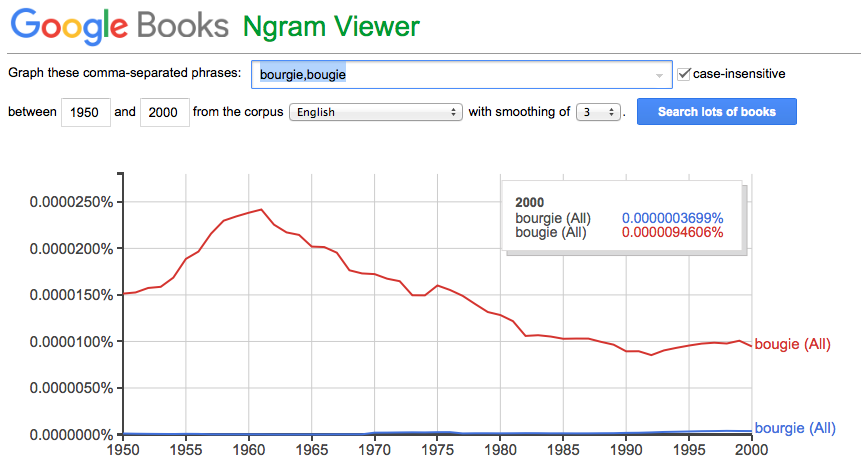 reveals that bougie is used much more often than bourgie.

But Merriam-Webster has a definition only for bourgie, listing bougie as a less common variant — which directly contradicts the Google Ngrams results.

The only other useful info I can find the site verysmartbrothas.com, which doesn't seem like a great source.

But which spelling is more correct?

From this ngram, both bougie and bourgie are so rare in comparison to bourgeois, that I'd suggest avoid using them and stick to the full word.

Even if they are not "wrong", they're far from idiomatic. 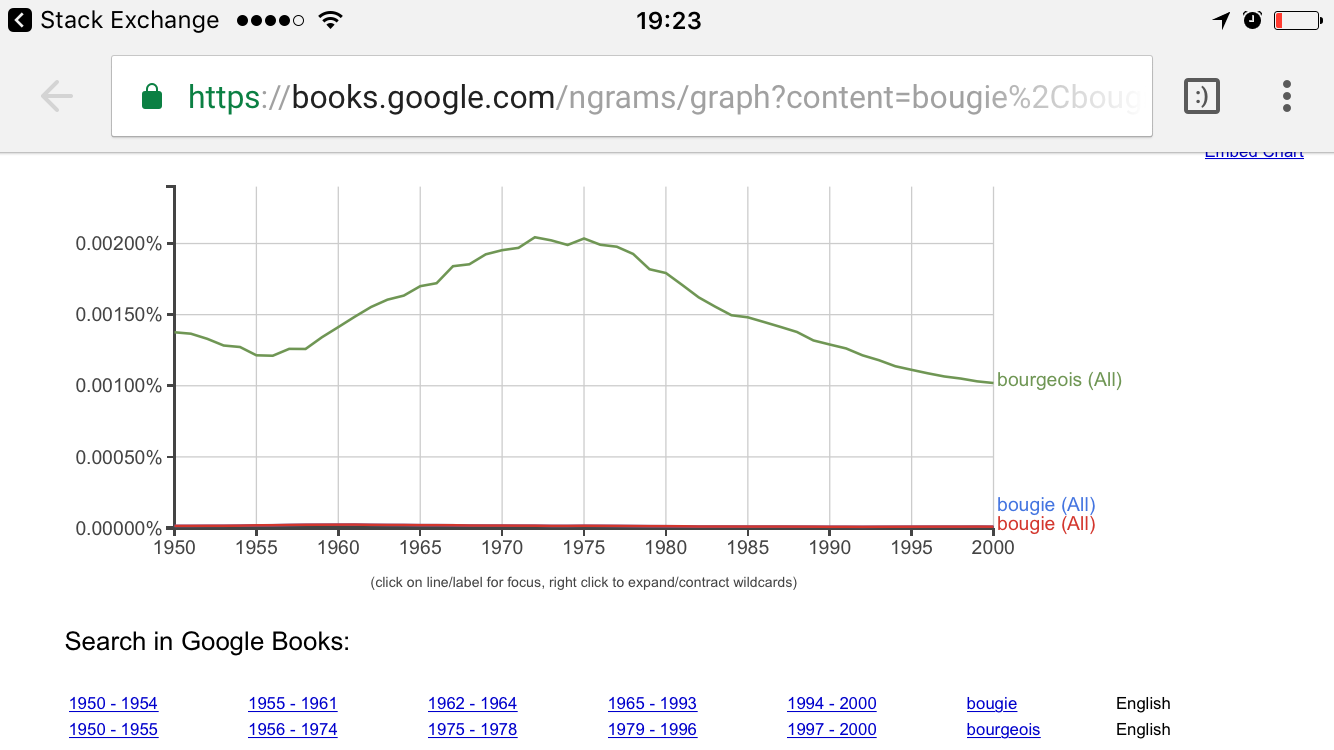 According to Urban Dictionary, Bougie is:

"Aspiring to be a higher class than one is. Derived from bourgeois - meaning middle/upper class, traditionally despised by communists."

"When my friend Miya wears a blazer or Lucy gets a massage I call them bougie cause we're unemployed college students."

I would say bourgie is more accurate. But that's my opinion, mostly because of the 'r'. Bougie is used more as a slang than anything else, bourgie is only known to and consciously used by people aware of the fact that they're referring to the shortened form of the word bourgeoise. Half of the people who say bougie and actually think of it spelled as bougie are likely not to be aware that it was derived from the word bourgeoise.

Not the answer you're looking for? Browse other questions tagged orthography formality african-american-vernacular-english clipping or ask your own question.

21
Correct spelling of “program”
10
Is “civillians” correct?
3
Can the shortening of proper nouns, such as “The Nuge”, be considered a type of elision?
30
What is the origin of “in a jiffy”?
5
How to make a Trump pee correctly
1
How (in-)formal is it to say to “become/get hooked on/by something”? Are there differences in meaning?
1
Is using bike word to address a motorcycle correct?
7
Any advice for agentive suffixes of single-syllable words ending in y?