In the poem THE TYGER by William Blake:

Tyger Tyger, burning bright,
In the forests of the night;
What immortal hand or eye,
Could frame thy fearful symmetry?

Why is "Tiger" spelled Tyger, with a y?

If it's just a difference in the orthography (or lack of convention) at the time, why don't modern editors update the spelling?

There are two reasons for not "updating the spelling".

The first is that scholars are reluctant to tamper with an author's work; they do so only in order to make works which would otherwise be unintelligible accessible to a larger audience. There's no evident need to update "The Tyger" to make this poem accessible.

The second is that Blake was not only a poet but an accomplished visual artist—he made his living as an engraver—and he published many of his works, including "The Tyger" as visual compositions. These cannot be modernized if you want to encounter them as Blake presented them to his own public. 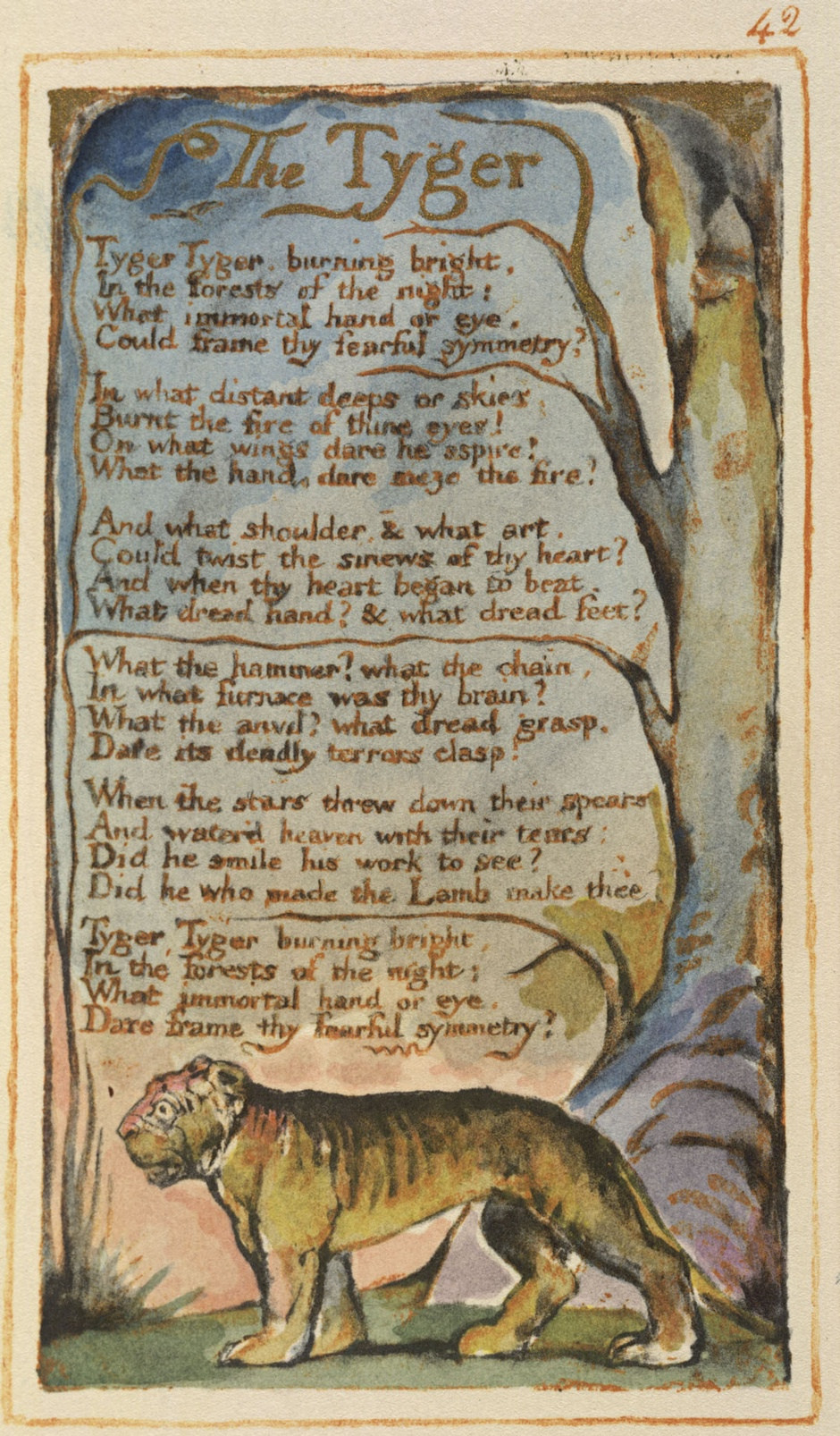 (This image of the page was published by the Guardian, credited to 'Photograph:British Museum'.)

Tyger is an archaic spelling that was used alongside tiger; it is safe to assume it was a standard spelling since it occurs in old encyclopedias and dictionaries.

According to the Google Ngram data (see picture), both spellings had a similar ratio of use until the early 1800s, when tiger became the prevalent form (perhaps because they realised that there is no etymological justification for using a Y). Nowadays tyger is quite rare in spontaneous use, but it is still visible due to the popularity of William Blake's poem.

Not the answer you're looking for? Browse other questions tagged orthography poetry or ask your own question.

30
Was the pronunciation of “symmetry” different in the past?