Origins of the phrase 'titty flo'

Has anybody ever heard of the phrase 'titty flo'? My gran from Oldham used it as a subsitute for 'madam' when I was a little girl, i.e come on titty flo, lets go now..

Perhaps surprisingly, the first definition of titty in OED does not refer directly to breasts.

While Oldham is hardly Scottish, it's not beyond the bounds of possibility either for a dialectal word to have worked its way south, or for OED not to have recorded other relevant regional usage. The OED entry has citations between 1725 and 1896, but it hasn't been updated since 1912 so there isn't any recent usage data. It may well have been around in our grandparents' youth, even if it's not used much in that sense nowadays.

As for Flo, it's a female name (short for Florence), and sounds good paired with titty. Much as Andy Capp's wife is Flo, I suspect it's a generic regional name. 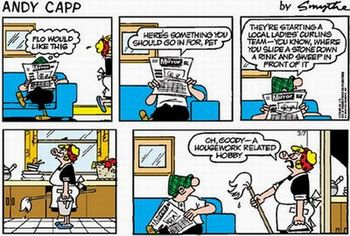 The following information has come to me from friends on another website, so I can take no credit for it. 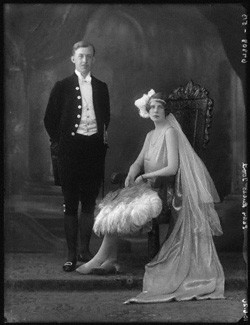 They had three children, the eldest of whom, a daughter, was also named Laetitia (but not Laetitia Florence).

Laetitia became a Justice of the Peace (magistrate) in 1951 and was awarded the O.B.E. (Order of the British Empire) in 1958.

It is possible that Laetitia became known to the general public because of her husband's political career, but finding out if she was known as "Titty Flo" may be next to impossible, given the unfortunate association, and the vagaries of Internet search engines.