In my research article, I have many phrases that go like

Following this logic, I would prefer present perfect in 1) and 3) but simple past in 2). However, reviewers suggested "showed" instead of "have shown". What is your opinion of that, what would you prefer? I am writing using APA style by the way.

I have found the appropriate passage in the APA manual: 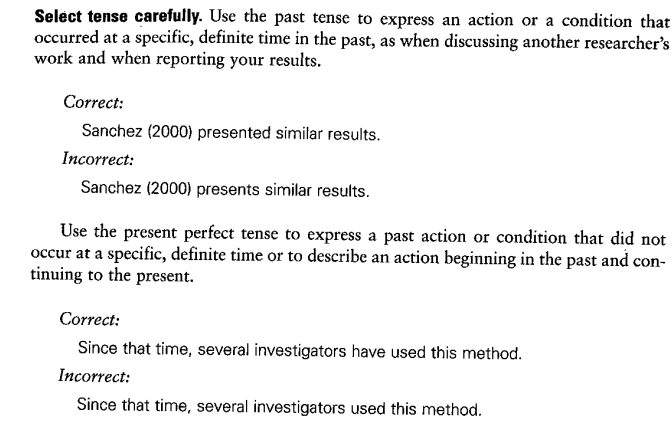 Not the answer you're looking for? Browse other questions tagged tenses present-perfect simple-past or ask your own question.