Is it okay to say "conduction of medical camp"(as in carry out/hold an event). I know that the noun of 'conduct' is 'conduct'. However, I have seen the word 'conduction' being used in this context very often. Is it acceptable?

The OED lists this as the sole defintion of conduction.

the process by which heat or electricity is directly transmitted through the material of a substance when there is a difference of temperature or of electrical potential between adjoining regions, without movement of the material.

Other sites such as CambridgeDictionary and Dictionary.com also have only one definition of the word conduction. The context of these definitions is purely scientific.

The closest link I could find between the verb conduct(as in, organize or carry out) and it's noun conduct was this(again, referring to the OED)

Conduct(n) the manner in which an organization or activity is managed or directed.

"the conduct of the elections"

Conduct(v) organize and carry out.

"in the second trial he conducted his own defence"

I'd prefer using "conduct of medical camp" (it still seems a little vague, I don't know why). It would be great if you worded your sentence a little differently and used the verb form, though.

Here's a screenshot from NGram. 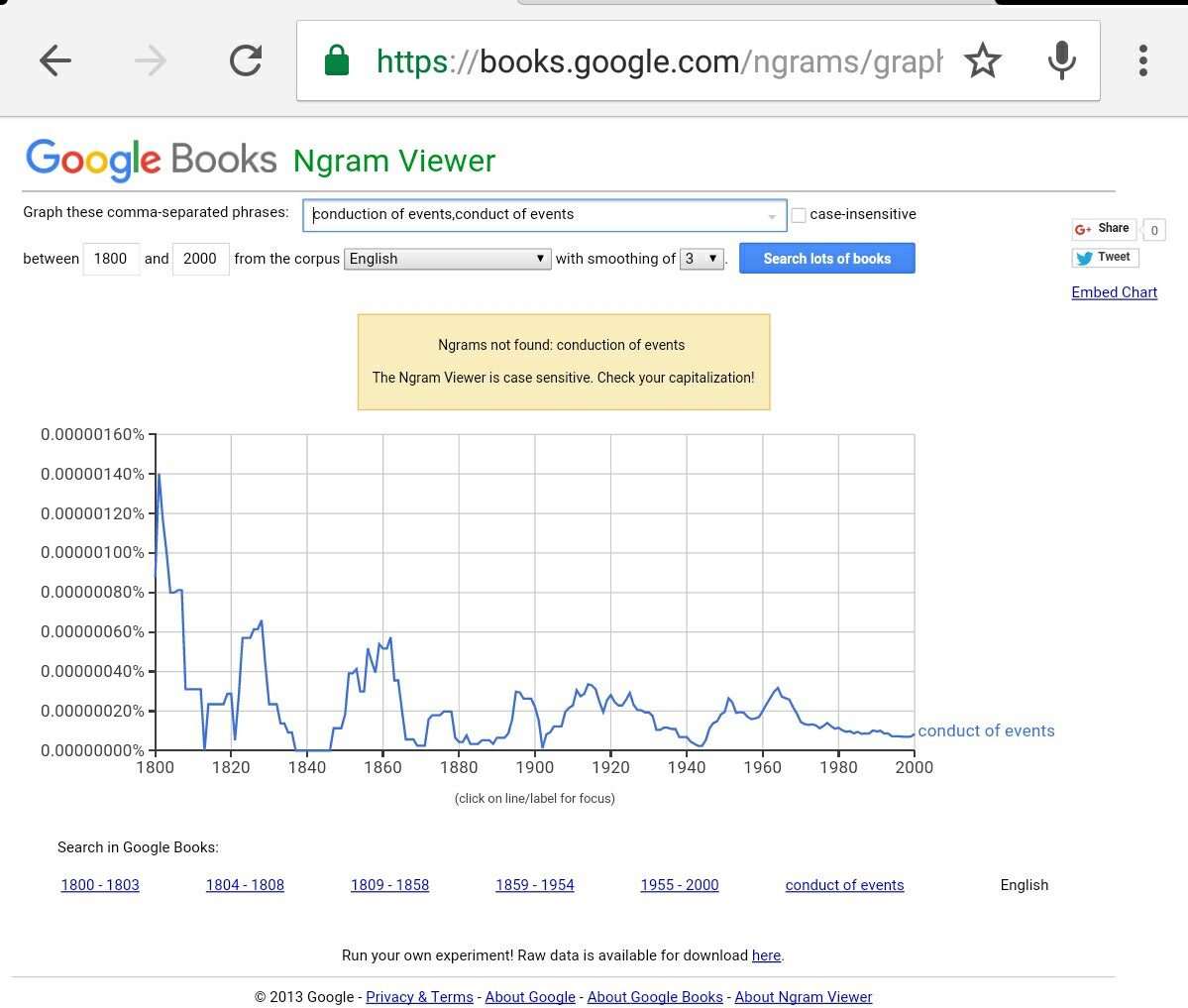 Neither one works in relation to holding an event.

Unfortunately you didn't give us an example sentence so I'll have to make a stab in the dark.

The medical camp (as in summer camp) was held in City XX this year.

We set up our medical camp at the outskirts of the city next to the river.

Not the answer you're looking for? Browse other questions tagged meaning meaning-in-context nouns or ask your own question.

14
Is “architect” a verb and a noun?
1
Usage of the word “game”
4
Original use of kosher in the English lanuage
1
Usage of the word 'burlesque'
20
What is the context for calling someone “bones”
1
How strong is the religious connotation of “belief”?
6
The meaning of 'carry' in a novel