Are the “paraphrase brackets” (*not* square brackets) used in English?

Unicode has the two following characters:

According to the categorization, this is the order which they are used as well (initial then final). So although I don’t know what they are supposed to be used for, I guess one example might look like this:

We have all seen square brackets being used to paraphrase or slightly alter text in some way. For example turning this:

What I’m wondering is:

I wasn’t able to find any information about the character itself except for the technical Unicode data. So I was not able to find out what the history behind it is.

Images of the brackets for those whose browsers do not render the characters: 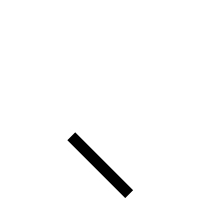 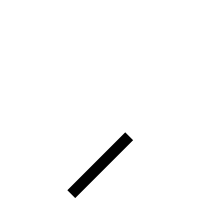 I have never seen that punctuation mark before in my life. I just skimmed the arbitrary signs and symbols appendix of Merriam-Webster's New International Dictionary Second Edition, which spans many pages, and it does not appear there, unless I missed something, which I doubt.

I also checked Chapters 6 and 11 of the Chicago Manual of Style 15th edition, which address punctuation and quotations specifically. The only brackets mentioned are the variety you can probably see on your qwerty keyboard. The phrase paraphrase bracket is not in the book based upon a google books snipet view search.

It does not appear to be designed to go alongside English text, since it goes even lower than any other English Punctuation mark, including the ⸜underline you might see in a link⸝, which is relatively unique. Although in printed form, the two look look nothing alike, it could be confused for a comma in some handwriting.

The most important evidence for this however is the Unicode 5.0 standard itself. This character appears in the supplemental punctuation block, and the Official Unicode Consortium Code Chart linked on the Wikipedia page for that block suggests that these symbols are used in N'Ko in the following fasion:

The Wikipedia article for the N'Ko alphabet has the following excerpt, which is archived here:

N'Ko (ߒߞߏ‎) is both a script devised by Solomana Kante in 1949, as a writing system for the Manding languages of West Africa, and the name of the literary language written in that script. The term N'Ko means I say in all Manding languages.

Additionally, I would like to note that the Medieval Unicode Font Initiative (M.U.F.I.) alternatively refers to these same unicode points as the right lower slanted stroke, and the left lower slanted stroke in their character database. However, M.U.F.I. also specifies that for this use, the specific point of interest is for Medieval Norse, so I doubt a similar mark exists in Medieval English. The different name also seems to have a conceptually different purpose in this case.

The answer is "NO". I can't give you a "reference" for this other than to point out that the character is unrecognized by most English-language browsers and the like.

In most English contexts where paraphrasing is formally demarcated in a consistent fashion conventional square brackets ([]) are used.

43
What is the proper use of [square brackets] in quotes?
14
First usage of parentheses or brackets ( and )
0
What is the best way in which to understand bracketed text?
1
Are brackets greedy?
1
Why were square brackets used to contain these words?
4
Are guillemets used at all in English?