Hilariously, Google will use both councilor and councillor in the same definition.

First, councilor and councillor are exactly the same word under two variant spellings, just like the names John and Jon.

Second, it is not true that councilor “is the US spelling”. In point of fact, councillor is fully twice as common in print in the United States as councilor is according to this Google n-gram: 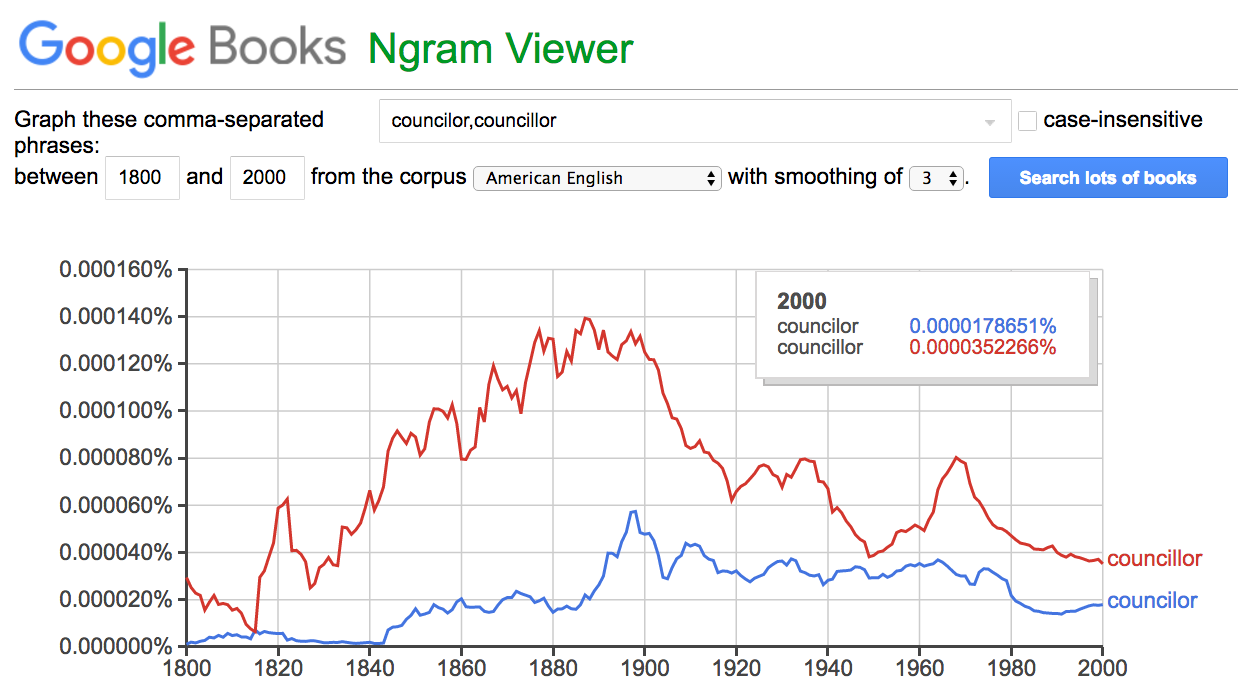 Across the broader anglosphere at large, the longer spelling dominates the shorter one by a factor of more than four and a half to one: 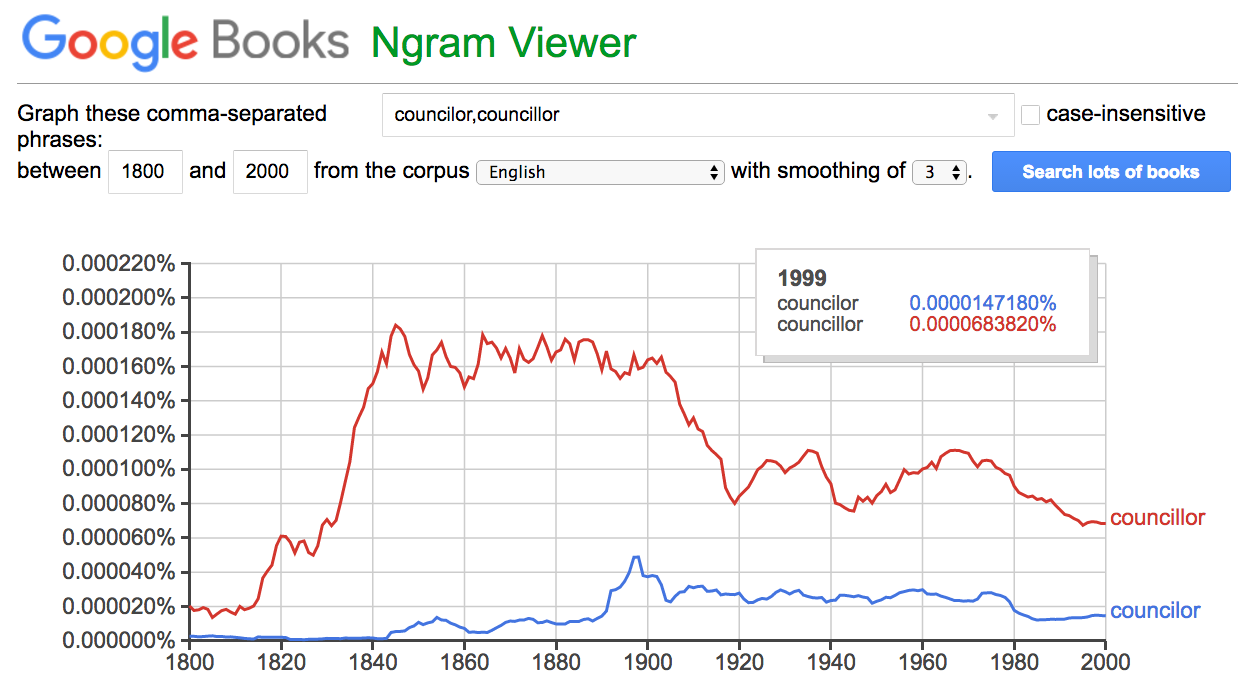 While in Britain, use of the short spelling is so rare at fifty to one that it would not surprised me if those scant few occurrences weren’t considered an error there: 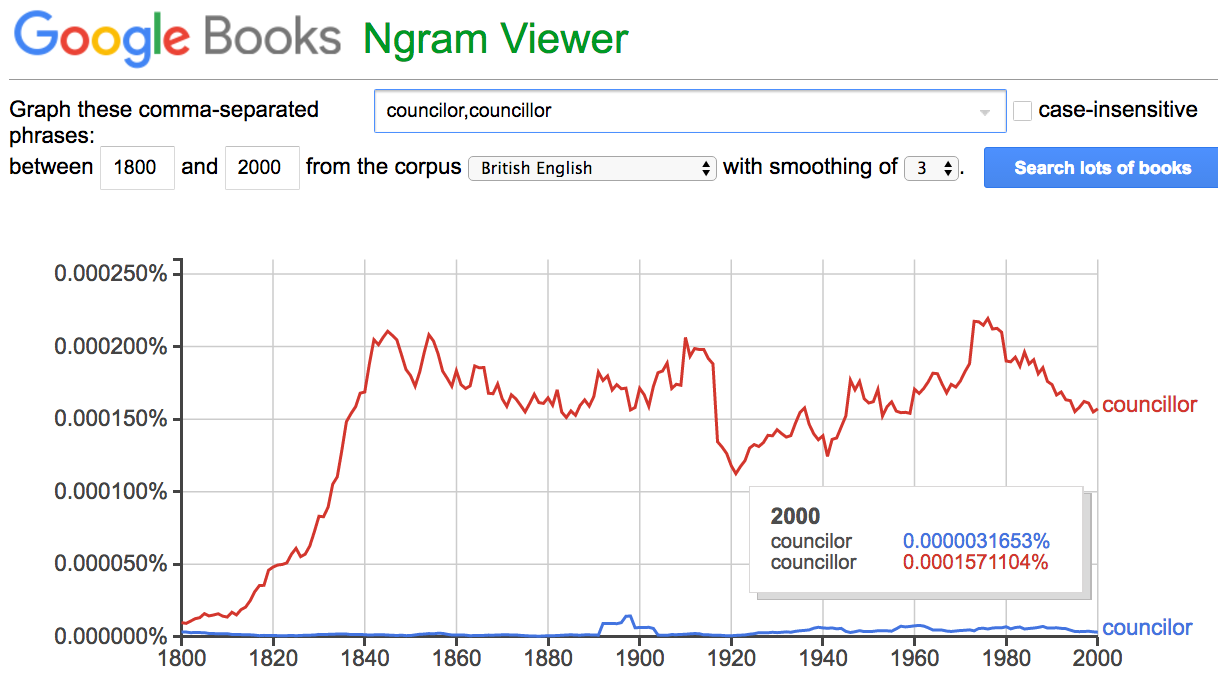 The Moral of the Story

Do not believe everything that you’re told by meddlesome spellchecking software or even by newspaper editors: fully two thirds of American uses in the studied corpus are still the longer version.

That’s because there is no shortage of living American writers who, being from a generation that was never taught to trust programs before themselves, continue to spell such words as they were first taught to, not how some unscholarly programer programmer from some monopolistic leviathan thought they should spell things.

You consulted the US Google, so it shows the US spelling in large letters, then the alternate spelling(s) below. Other examples: 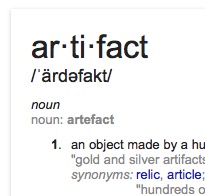 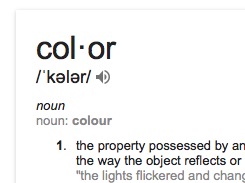 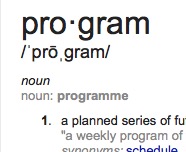 Not the answer you're looking for? Browse other questions tagged word-usage orthography transatlantic-differences or ask your own question.

39
How and when did American spelling supersede British spelling in the US?

31
Why did "sceptical" become "skeptical" in the US?
7
In a software meant to be used internationally, should I use "post code", "postal code" or "zip code"?
59
Difference between "publicly" and "publically"
8
Are there regional distinctions in how hiccup/hiccough is spelled?
6
'Postpone' or 'postphone'?
2
When was 'diahrrœa' most commonly used?
1
Street corner, street-corner, or streetcorner
4
Defense vs. Defence in Canadian English
1
Which spelling would be more correct: "Evictor" or "Evicter"?