What is the proper spoken form to describe a town referring only to the urbanized area and not the whole municipality?

In American English, where “town” is the actual legal name of a place, as I understand, the name is “Town of”, followed by its proper name.

In my native Italian, the equivalent “Comune di” it means not only the actual town, but also the municipality territory, and the spoken language, much like English, generally are both referred only with the town name.

How is called, in spoken language, a town referring to the urbanized area, without an outlying rural area that is still legally part of the town? For example, an hypothetical place called “Town of Springfield”, will be referred simply as “Springfield” by its citizens and the inhabitants of nearby towns or cities, but how will be called to explicitly differentiate the settlement from the whole municipality?

Someone I know, not a native speaker of English, says that the form “Springfield Town” will be used, but I'm a little puzzled by the capital T for “Town” that, as far as I know, a capital letter is not generally used until a word it's part of a proper name. Is he correct or the appropriate form is another?

Thanks for the answers :)

From an American perspective!

I think that the structure of Italian towns doesn't quite correspond to the structure of American towns; so an answer from BrE might be more appropriate. Nonetheless, I thought I'd contribute.

My understanding is that all of Italy is divided into a municipality (a comune), which contains the actual town and any outlying areas.

However, that's not generally the case in the United States, especially out west.

Take a look at Yakima, Washington, a town in my state. 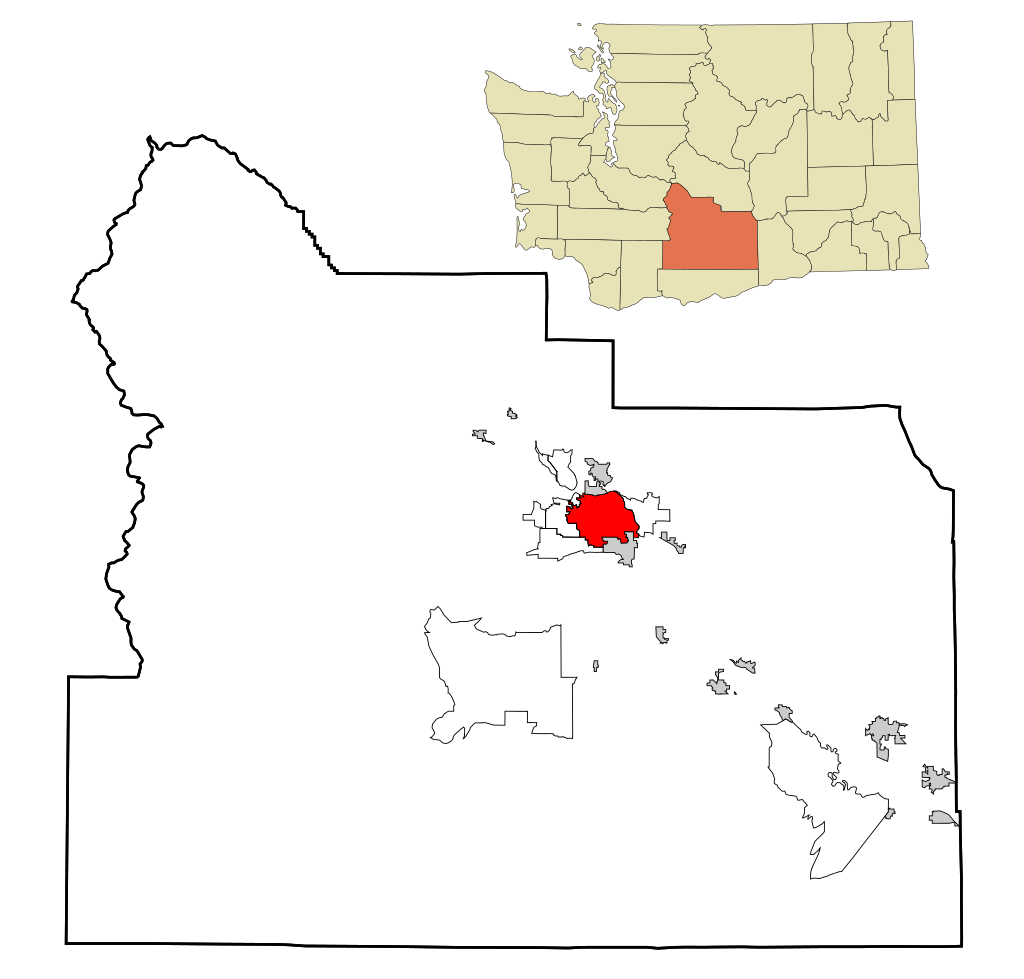 The red area is the city of Yakima (in Washington, there is no legal difference between a "city" and a "town," although my understanding is that there is a difference, especially in New England), whereas the rest is Yakima County, somewhat equivalent to an Italian province, but still subordinate to the state of Washington.

So, while they share the same name, what you're discussing (the city or the county) is obvious.

So here come my suggestions:

Now, that's not to say some cities don't have rural areas within their boundaries. Anchorage, Alaska, comes to mind. Since it is a unified city-county, it contains huge areas of rural land, and Wikipedia calls the actual city part "the urban core," which would only work if the city in question has urban areas.

You might also try "downtown" to refer to the center of the city, even when it is spread out.

This is a long way of saying that, at least in my neck of the English woods, this is a problem that doesn't exist, I would be interested in hearing from some Brits or even some Anchoragites, but I hope I gave you some perspective.

Not the answer you're looking for? Browse other questions tagged toponyms or ask your own question.