What alternate terminology would be most appropriate for loss of potential profit (versus loss of merchandise) excluding "theft" and "stealing"?

In a recent discussion on another SE forum a user (@JAB) complained that "theft" was an inappropriate descriptor for software piracy. His exact statement was:

I've never found "stealing" to be an appropriate descriptor for software piracy (loss of potential profit versus loss of merchandise, etc.). Counterfeiting might be more accurate, though even that isn't really appropriate.

So, my question is: Is there a more appropriate term for this concept of "loss of potential profit" caused by copyright infringement (making unauthorized copies instead of buying the item) ?

UPDATE: When I started this question I tried to keep my personal biases out of the wording. The comments seem to indicate that might not have been a good idea. For my part I personally think "theft" and "stealing" are very appropriate, but I do think the question is a valid one despite my own bias.

Now we have "software piracy" and the question is: is piracy just another synonym for "stealing"/"theft" or is there a better word to define what is happening?

If theft is "taking something that does not belong to you", does the fact that the item is intangible make it UN-takable (as suggested by one of the comments below)? Is there a different word for "taking" an intangible?

Also, what exactly is stolen when software piracy occurs? Is it just the binary ones & zeros in the file? Is it the lost potential sale? What about the owner's rights (copyrights, intellectual property), are they being "taken" away from him/her? All of the above?

Please note: I am not particularly interested in the moral or legal issues, just the linguistic issue of looking for the right descriptive words. However I realize that the moral and legal issues will need to be raised in order to find the right word(s).

PS: There is an enlightening little essay written in the user comments to a blog post I ran across a few years ago (see "The Box and the Software"). It's a little lengthy but the the last few paragraphs about "the box" are very much on topic to this discussion.

The legal term seems to be primarily lost sales. - Wikipedia

Lost sales, also referred to as lost revenue, income or profit, is a term used in the context of Internet piracy to refer to sales that did not occur because potential customers have chosen not to buy a product but to obtain it from an illegal source for a lower cost or for no cost. Figures for lost sales usually assume that consumers who use pirated content would always choose to purchase the product at the market rate, if the illegal sources were not available.

It seems that lost sales is the most common in legalese to enforce the argument that each pirated copy is a lost sale.

Representatives of the content industry such as BSA have argued that every pirated copy is a lost sale. - Same Wiki

Furthermore this term is on a steep rise since the 1960s - Ngram - which is no wonder considering the forerunner of internet piracy - the cassette deck - being introduced in the sixties.

You are asking for an English term (not necessarily legalese) that identifies the specific kind of theft caused by software piracy.

With the many types of software licensing available today including those related to open source software, there are many potential scenarios to consider. To simplify matters, I will focus on just one:

On the pirate's end, it is irrelevant whether they would have paid for or used the software had they been unsuccessful in acquiring the pirated copy.

On the vendor's end, it is irrelevant whether preventing the piracy would have led to a benefit (e.g. being paid) or loss (e.g. from reduced publicity).

What is relevant is that the pirate has violated the copyright of the vendor.

This type of 'theft' has been termed cheating:

Without strong, robust copyright laws, they are at risk of being cheated of the fair compensation for their creativity, which is their due. - Attorney-General for Australia, Statement to the Australian Senate

Cheat verb 1.1 [with object] Gain an advantage over or deprive of something by using unfair or deceitful methods; defraud - ODO

Short answer: For terminology in current use, lost profits (or lost sales) may be the best phrase available, as described by Helmar. For accurate and precise terminology, I don't think that there is a word more appropriate than theft at this time.

I don't know if there is currently a single term that describes the whole process well. I don't like lost sales or lost profits, because although they are common (particularly among industries affected by this kind of piracy) they aren't necessarily accurate. You might enjoy a computer game you can get for free while also being unwilling to pay $X to obtain it legally. If $X is the current price, then you would never make the purchase and so there is no sale (or subsequent profit) to lose. That doesn't make the pirate innocent, of course.

I don't see theft as more or less accurate than lost profits or lost sales, even though we know that there is no physical property being taken. After all, if you purchase a computer game and receive it via download rather than a physical disc, no one would argue that you've purchased nothing.

This is a situation where I think that a new word should be coined or an existing word should gain an explicit, additional usage. Current terminology seems inadequate to describing exactly what literally happens in software piracy. Lost sales and lost profits gain currency not because they describe piracy well but because they are maximally favorable to companies that need to define how they are harmed, and so that is how they choose to describe piracy.

The closest analog analogue I can think of is sneaking into a show of some sort, assuming that the sneak-er is not physically taking a seat from a paying customer. When this is prosecuted, it may be charged as theft of services. 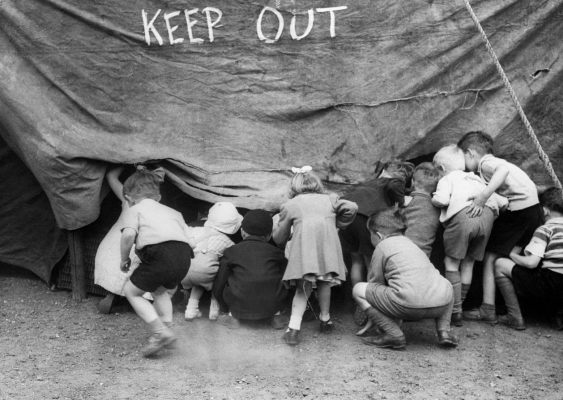 Unfortunately, there is no special archaic legal term for sneaking into a circus that I can find (perhaps someone else knows of one). However, there was a recent case of an Indiana couple being charged with a felony for sneaking into a movie; in that case, the crime was apparently called theft of services. This is a fairly common legal infraction in the US, which may be a misdemeanor or felony depending on the value of the services and the specific jurisdiction (see USLegal.com for further details).

Wikipedia defines theft of services as

a crime which is committed when a person obtains valuable services — as opposed to goods — by deception, force, threat or other unlawful means, i.e., without lawfully compensating the provider for these services.

If we think about the value of the software as coming from the effort of the programmers, marketers, etc. rather than from the actual string of code, it's easier to see software as a service in the same way that a movie screening is, apparently, a service.

However, while theft of services has apparently been used for everything from the above-mentioned unpaid-movie-watching to unauthorized cell phone charging to unpaid bills, I can't find much evidence that it has actually been used to prosecute software pirates. A couple of law review article do equate piracy and theft of services in the context of home satellite dish signal theft (34 How. L.J. 243, 243 (1991), 20 Cardozo Arts & Ent LJ 277, 283 (2002)), and at least two others mention it in the context of broader electronic piracy (12 UCLA Ent. L. Rev. 63, 78 (2004) and 16 Va. J.L. & Tech. 116, 150 (2011)). But it seems that, in general, the affected industries have preferred to look for new legislation rather than enforcing existing statutes (which may have fairly small penalties).

Note that other crimes besides theft of services might also apply, depending on circumstances. In the case of the theater-sneak, but not software piracy, trespassing might be charged; fraud might come up in either case depending on how the sneaking/piracy was accomplished; someone who facilitates the sneaking (e.g. by opening the back theater door or by "cracking" software for someone) might be guilty of conspiracy or other crimes, etc.

You certainly can "appropriate" an intangible such as software; this would also include exceeding the terms of a software license. The phrase "wrongful appropriation" would cover software piracy.

Not the answer you're looking for? Browse other questions tagged single-word-requests phrase-requests terminology legalese software or ask your own question.

0
Most appropriate term for round and x-marker on a (scientific) chart?
4
A word to describe an empathetic employee in regards to their business
2
What would be an appropriate word for a medicine that prevents Alzheimer's Disease?
1
What is the most appropriate word for the reverse of ableism?
0
What word describes a musical instrument's native character?
2
Word for a computer user without administrative access/privileges
0
Single word similar to, but distinct, from 'polymath'?
0
Word for singular boardgame or boardgame expansion, but not both
1
One word for upgrade and downgrade (or similar)?