I am more accustomed to seeing the term "cover letter". But one company I'm looking at now says "covering letter".

Is there a difference? (Perhaps British vs American?)

According to ODO, covering letter is used in UK English, and cover letter in US English. They mean the exact same thing.

According to Google Ngram, since the 1980s, covering letter is in a steady decline, while cover letter has become the most popular one.

According to Google Trends, cover letter is the most popular one. 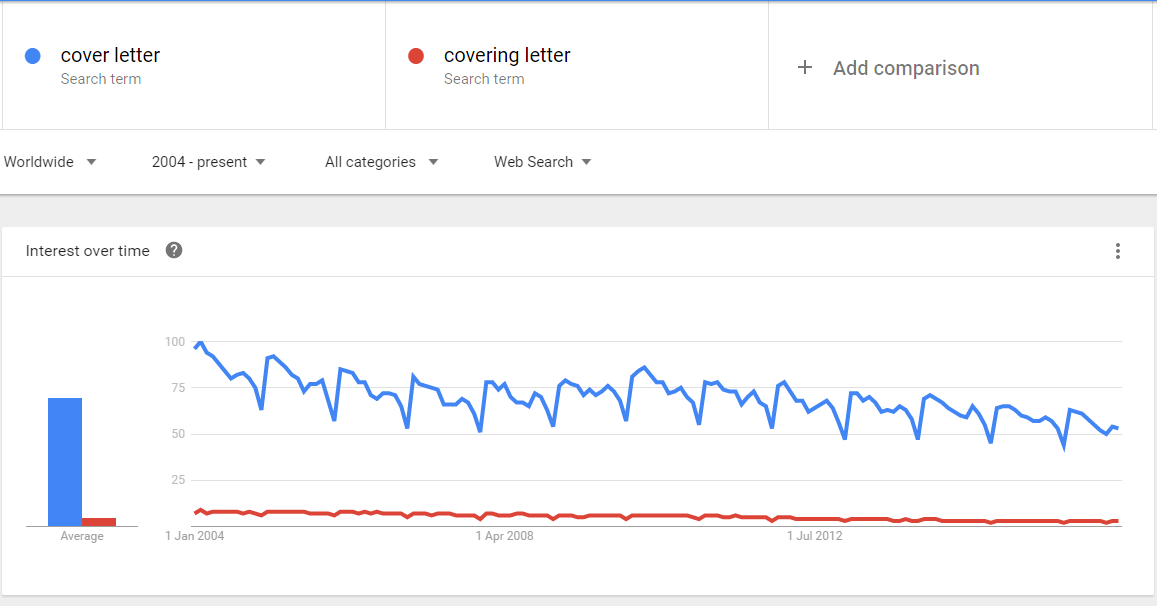 Not the answer you're looking for? Browse other questions tagged word-choice phrases word-usage business-language or ask your own question.

6
alternatives for “guy”
3
A proper name for an official letter stating that somebody works at a specific company
10
What's the difference between “Yours sincerely” and “Sincerely yours”?
2
How would you describe: Read a book, but not cover-to-cover?
0
Trying to state that you “may not have a future in this position”?
1
Difference between “inflection” and “inflexion”?