I found this sentence in a textbook. It's

I cooked the fish slowly on / under the grill.

According to the author, the correct answer is under.

I also used Google. It turns out that there is more under the grill than on the grill. When I think of the word grill, the next picture comes to my mind. 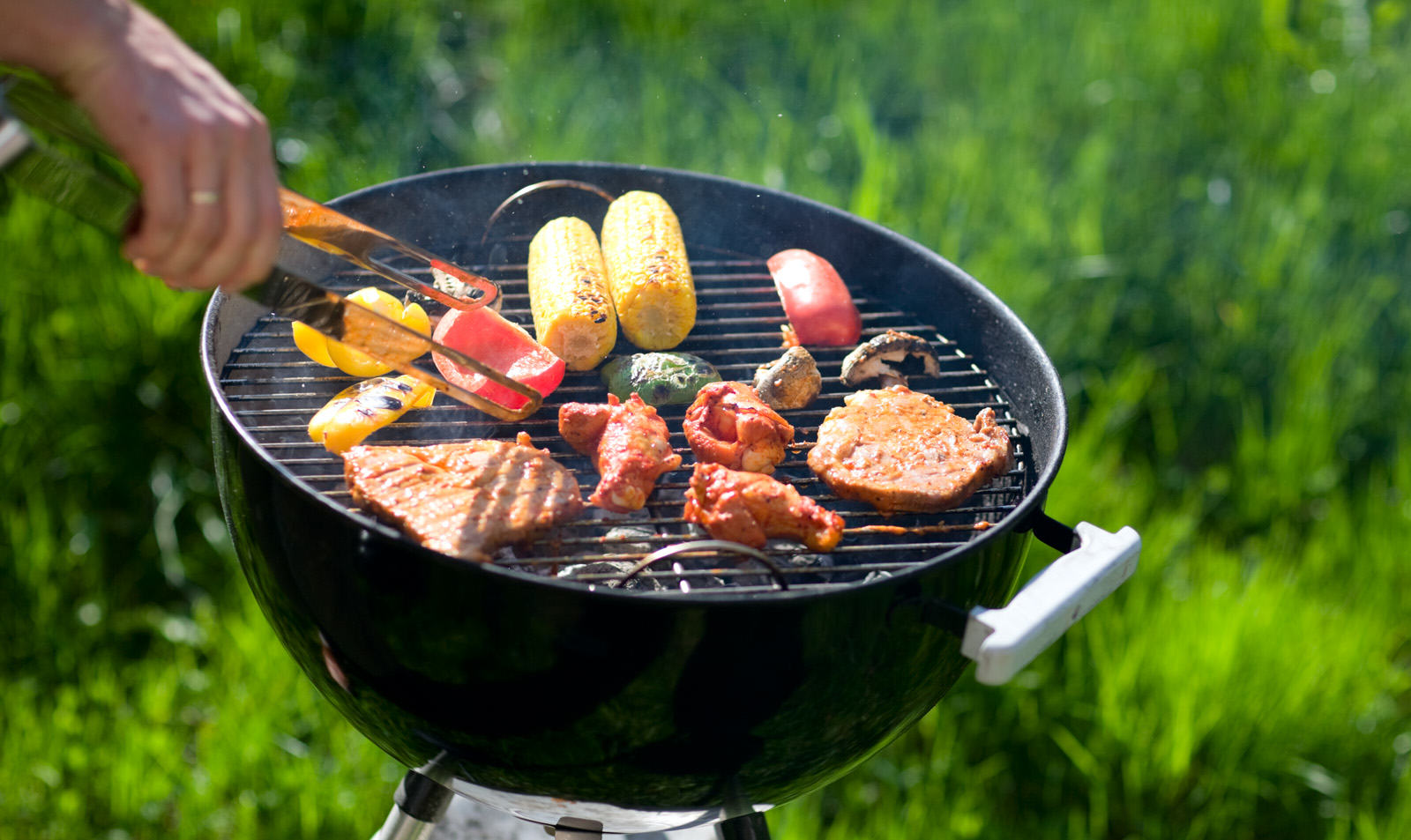 How can we cook the fish under the grill when the food is actually on the grill?

There is a usage difference between British and American English. Although a grill is everywhere a frame of metal bars used for cooking on a flame, Americans draw a distinction between grilling (cooking over a flame) and broiling (cooking under a flame), as when you use the broiler in your oven:

In my American experience, to broil means to heat something from above as it sits on a slotted pan, so the juices can drip away. Grilling, in my experience, heats from below, and the juices drip down (usually onto the heat source).

But in the UK and Australia, heating from above is called “grilling” and broil means (according to GrahamT, who appears to be British) “to cook meat in a closed container over heat, similar to the American pot-roast.” So think twice about how you order your meat when you cross the Atlantic.

There are many differences in food-related terminology, some noted on our sister site, Seasoned Advice, in Translating cooking terms between US / UK / AU / CA / NZ.

In British English the word 'grill' usually means something like these rather than a device for cooking over an open flame (which is the American usage): 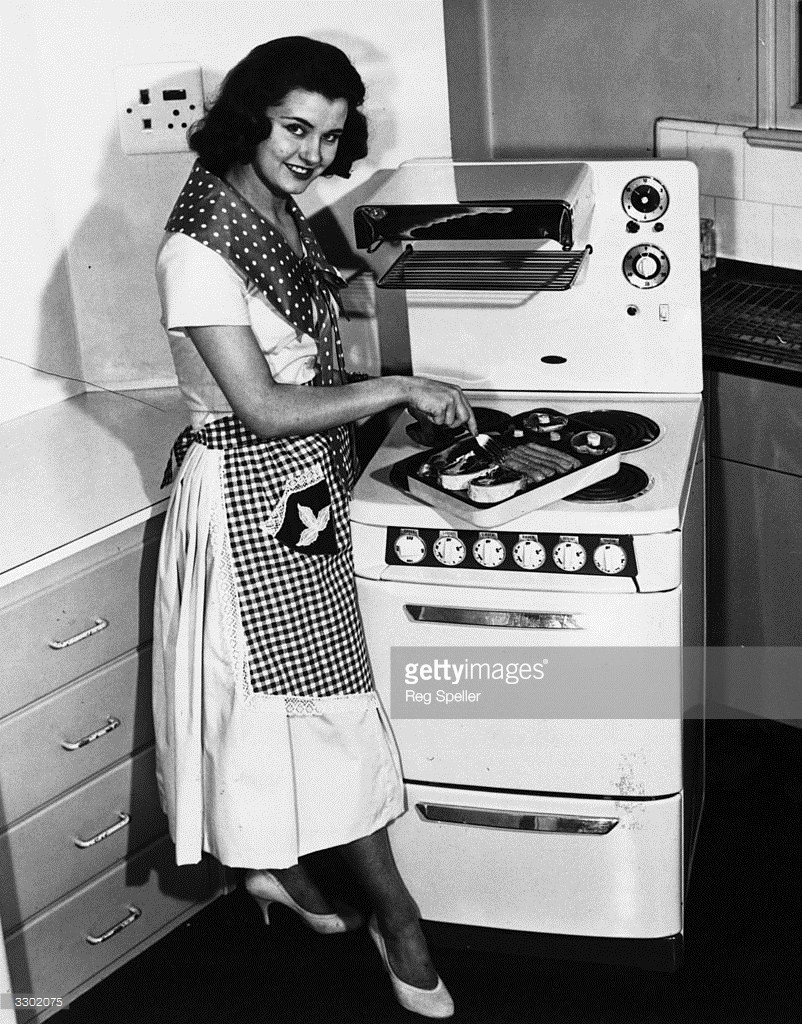 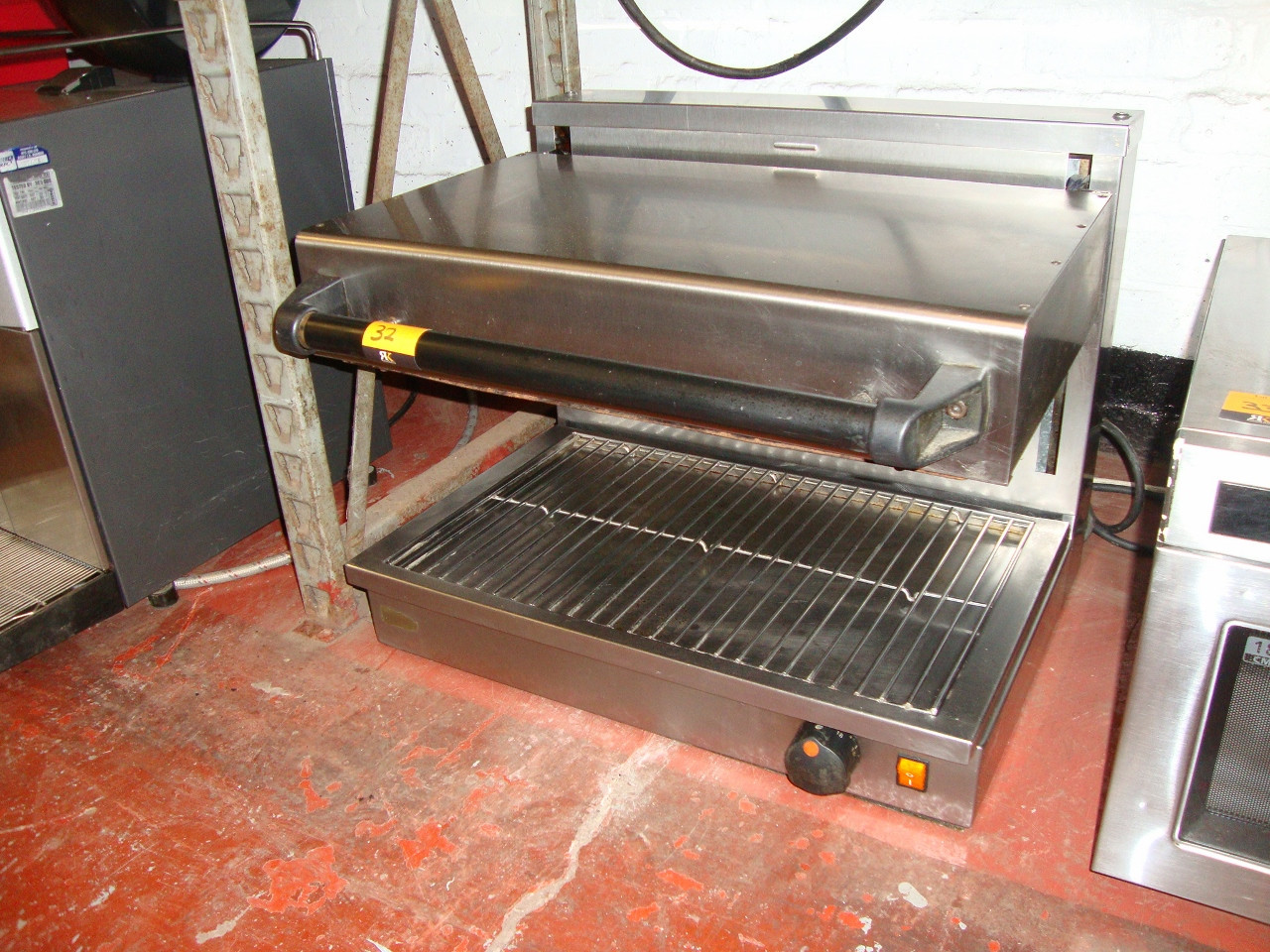 Grills like this have a heating element on top, and a space for the food to be cooked underneath. They would be called a broiler or salamander in US English, and aren't as common as they used to be.

In these devices the food would indeed be placed 'under the grill'. The place where you read this was probably talking about one of those, instead of a barbecue.

The usage of grill here is British English, not American.

From the Oxford English Dictionary:

1 A device on a cooker that radiates heat downwards for cooking food: place under a hot grill [as modifier]: a grill pan

This is a modern domestic cooker, specifically a Neptune 4500 combination gas oven, burner and grill: 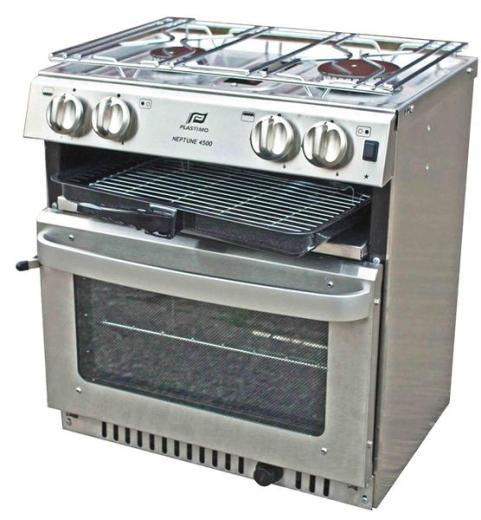 This part is the grill pan. 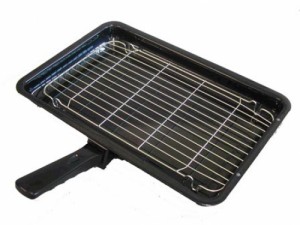 Here is the actual hot grill (not the same model of cooker - this one is inside an Electrolux electic fan oven). An electric heating element at the top inside the upper compartment. Occasionally it may use gas flames instead. 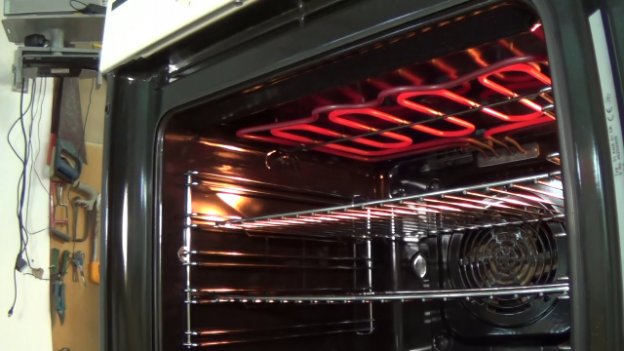 You put food on the pan and place it under the grill. If the control knob is in the low position then the element will not be that hot. In which case whatever food is under the grill will be cooked slowly.

In all British kitchen appliances this device is called the grill or grill element, and in all recipes the use of this device to cook food is called grilling. 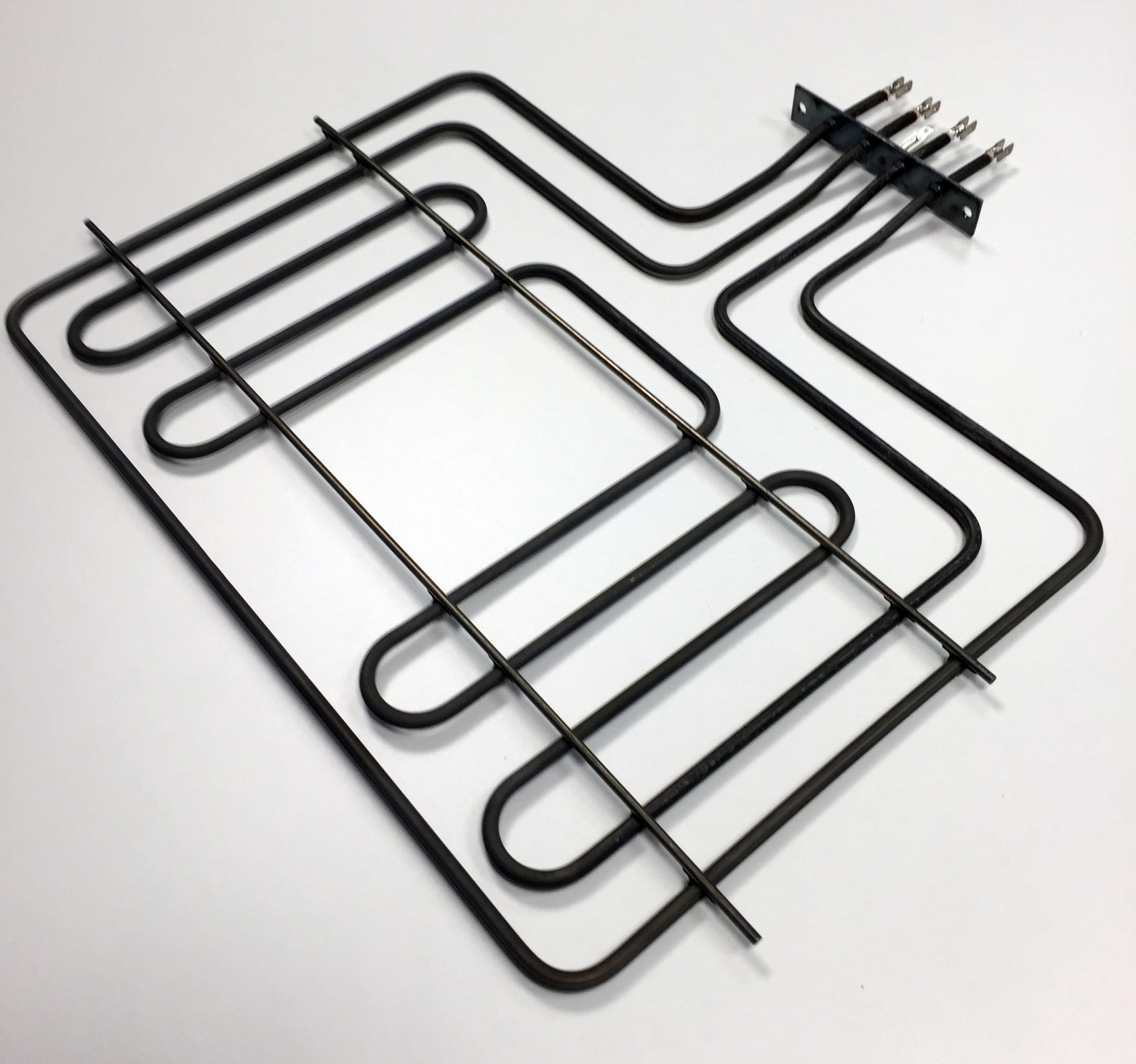 I'm American, but as far as I know it's always on the grill. Under the grill would probably be used for literally under a grill, but the term for that is actually called 'broiling' (in a kitchen setting). I could also put something under a grill in an outdoor setting but it's a little unorthodox. However, putting some meat or other food directly on the coals (and under the grill) is a way to get a certain kind of 'cook' to your food (basically a fast, more charred, but more raw/rare result). This, as I just discovered is called 'clinching'.

When I Google the phrase, there's a lot more usage for 'on the grill' though.

For completeness, you may hear someone say they got something (like diamonds or other adornments) on their grill, and that's a different kind of grill like this: 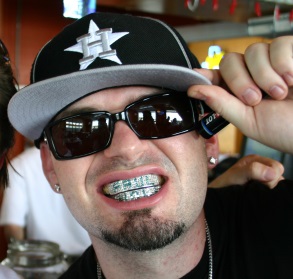 Grilling in England is placing a pan under the flames, you cook toast under the grill (if you've not got a toaster). Also just to be clear there is no such thing as British English. there is English and there are mistakes.

rprice11rprice11
11
3
Add a comment  |
Highly active question. Earn 10 reputation (not counting the association bonus) in order to answer this question. The reputation requirement helps protect this question from spam and non-answer activity.

Not the answer you're looking for? Browse other questions tagged word-choice prepositions transatlantic-differences or ask your own question.

4
All up in my grill?
1
What are these pieces of cooking equipment called?

8
Why does "under the sea" mean "in the sea"?
14
Is this correct grammar: "[...] cash can't be beat."
4
"Glaringly obvious" vs. "blaringly obvious"
6
Name for this particular part of a boat?
0
Looking for a word the describes a common belief is often not the case
0
Synonym for "under-developed location" used by someone who is well off?
19
What's the Appropriate Word to Say You're 'Dazzled' by a Nice Smell?
0
Regarding "when" is a preposition
1
How can I paraphrase this in parallel writing style?