From my Webster's International dictionary of 1947 the Old English word 'blithe' is predated by the Gothic word 'bleith'. I am curious to know if the letters 'ei' are still pronounced the same in that ancient word as they are in modern English. Or by chance could the word have been pronounced 'blee-ith'. In a previous reading about 'ei' a scholar wrote that 'ei' came into use by combining words from Old French and Old English. And here is a Gothic word using this letter combination also. What say you?

There are a few confusing issues here.

For one thing, it's an oversimplification, or outright wrong, to say that "ei" came from combining Old French and Old English. I guess you may be talking about the answer to this question (Why is it true that “I before E, except after C”?)? I don't like that answer because it conflates modern languages (like German) and proto-languages, like Proto-Germanic. English is not descended from modern German. English is descended from Proto-Germanic, which is a reconstructed language that we have no direct evidence of (so there are no written texts in Proto-Germanic). There are some words spelled with "ei" that come from French, but by no means all of them: either, heifer, and feisty are of Germanic origin (which is, again, not the same thing as "German").

The other issue is the spelling of Gothic. Most of the Gothic documents we have were not written in the Latin alphabet. They were written in the Gothic alphabet. When your dictionary writes a Gothic word as bleith, that's a transliteration to make it easier for you to read the word. Also, your dictionary seems to have omitted the suffix -s that appeared on the nominative form of this word: most other sources I've found give it as bleiths. The way this actually looked in Gothic texts was more like 𐌱𐌻𐌴𐌹𐌸𐍃 (you'll be able to see that if you download a Gothic font to your computer).

The digraph 𐌴𐌹 (ei) in Gothic is believed to have represented the single long vowel sound /iː/, approximately the "ee" sound in English "bee." This spelling convention is derived from Greek (where the digraph ει came to represent the sound /iː/, later /i/ after the loss of vowel length) and has little to do with the modern English digraph "ei."

Here is a picture of the word "bleiths" from the Gothic text called the "Codex Argenteus," taken from The Codex Argenteus Online 188Lc. VI: 35-41. Ms. 144 v. I located the word by searching the Wikisource Gothic Bible. 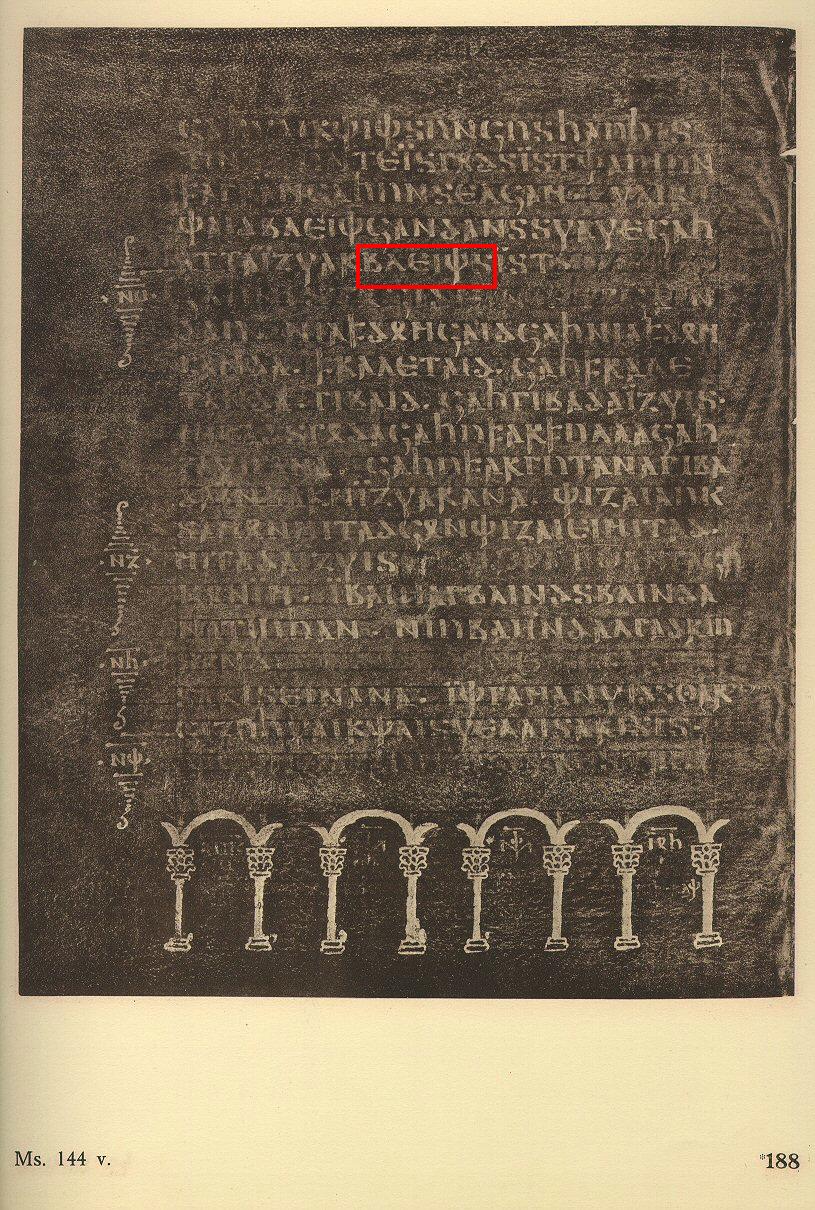 Not the answer you're looking for? Browse other questions tagged etymology pronunciation history or ask your own question.

32
Why have the subjunctive and indicative converged in Modern English?
12
"zh" vs. "j". Are these pronounced in the same way?
28
How and in what way did the Danes come to influence English?
4
Are there other words with the same weird spelling / pronunciation combo as "victual"?
4
Do the words with non-palatalized pronunciation of g/c ("get", "give") always have a Germanic origin?
9
Is the pronunciation of "oa" in "broad" unique?
1
Why is the “o’ in “clover”, “cove” and “over’ pronounced differently in “cover”?
31
Is there an etymological explanation for the silent ‘g’ in “paradigm”?
3
Why is there a ‘y’ rather than an ‘i’ in the common surname “Taylor?”
1
Does the suffix -ify have any inherent characteristics of making letters pronounced which would otherwise be silent?