Why is "exhorbitant" a common mis-spelling of "exorbitant"?

I discovered that my natural (British English) spelling of "exorbitant" added an "h", and upon looking it up on oxforddictionaries.com discovered that it is a common mis-spelling.

Can you help me unpack why I would have thought that the non-obvious spelling was correct? Are there a number of other words that exhibit that pattern (wow, "exhibit" is probably such a word...)? Apparently it's not just me, given the Oxford citation.

The answer to why it's such a commonly misspelled word is likely due to the fact that it's been being misspelled ever since its inception as a word.

etymonline shows it originating in the mid-15th century, but there are books that have the misspelled version dating all the way from the 16th century, such as in this French book from 1581: 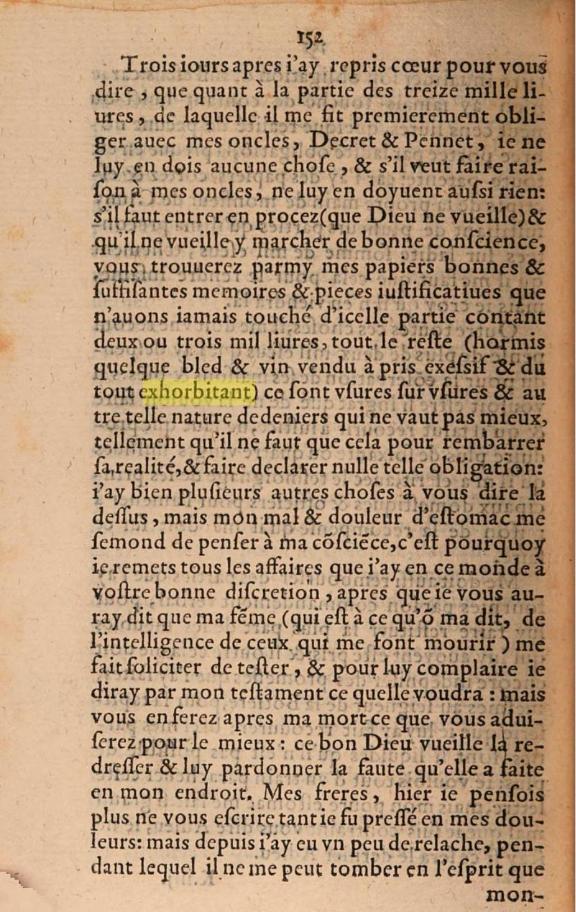 or from this Scottish book from 1585-1592, which has three instances of the misspelling, so you know it's not just a typo: 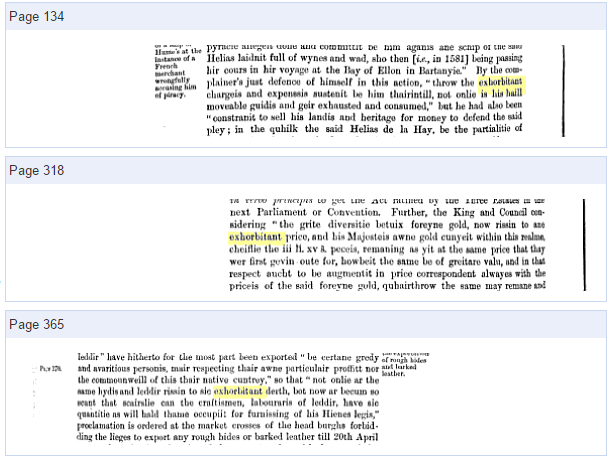 Google Books shows the misspelling thriving from the 18th century-on:

An interesting thing that can be picked up from the sources is that in the mid-18th century the misspelling made its appearance in many French texts, and an Ngram analysis of French documents confirms this:

Now is this a case of the British misspelling marking its influence on French soil, or was the misspelling French in origin all along? I doubt the latter, but maybe someone else can shed some light. French was the lingua franca during the 17th century so its possible.

There are various English words that derive from Latin words beginning with "exh-":

exhonorate is another common misspelling of exonerate, but that has a Latin root beginning with "exh", unlike "exorbitant" and "exonerate".

My guess after all this evidence is that the medieval Brits thought that "exorbitant's" Latin roots had an 'h' in them, which made it a common misspelling at the time, and that misspelling survived through the ages. Truly a misspelling for the ages.

It is not a misspelling; rather, it is a dispute that has survived, unless, of course, you believe that language is a settled matter, which it verifiably is not. Spend some time studying etymology and you will start to see that many words are formed from roots that are disputed and disputable. Historic spellings are not misspellings; they were the accepted spellings, at least in some quarters, during the times in which they were practiced. In fact, if you look at the American Heritage Dictionary of 30 years ago, you will find ample evidence of changes in the reported etymology from that very recent time to this.

The most striking thing about these matches is the extent to which the earliest ones are concentrated in Scotland: the seven oldest publications, ranging from 1538 to 1575, are Scottish—and some of the government decrees cited in one of these sources date to as early as 1488.

The earliest EEBO match for exhorbitant comes from David Lindsay, The Complaynte and Testament of a Popiniay Which Lyeth Sore Wounded and Maye Not Dye, Tyll Euery Man Hathe Herd What He Sayth: Wherfore Gentyll Readers Haste You yt he Were Oute of His Payne (1538):

Lindsay, who is Scottish, is writing here about James I of Scotland. The next-earliest instance of exhorbitant is likewise from a book of Scottish authorship. From Hector Boece, Heir Beginnis the Hystory and Croniklis of Scotland (1540[?}):

Boece died in 1536, so this instance is probably even older than the one by Lindsay. Lindsay is also the author of the third-earliest instance. From David Lindsay, Ane Dialog Betuix Experience and Ane Courteour off the Miserabyll Estait of the Warld (1554):

From next oldest text containing exhorbitant is The Actis and Constitutiounis of the Realme of Scotland Maid in Parliamentis Haldin Be the Rycht Excellent, Hie and Mychtie Princeis Kingis James the First, Secund, Thrid, Feird, Fyft, and in Tyme of Marie now Quene of Scottis, , Viseit, Correctid, and Extractit furth of the Registers by the Lordis Depute be Hir Maiestieis Speciall Commissioun Thairto (1566), which uses the spelling twelve times, starting with this instance from a parliamentary decree issued in 1488 during the reign of James IV:

From P. R., "The Lamentatioũ of Lady Scotland Compylit be Hir Self Speiking in Maner of ane Epistle, in the Moneth of Marche, the Zeir of God. 1572" (1572):

Now drink thay Mylk, and Swaits in steid of Aill, / And glaid to get Peis breid and watter Caill, / Quhair sic wer wont to ryde furth to the weir / With Iak and Sword, gude hors Knapscall & speir / Quhair sic wer wont brauely to mak thame bowne / With Lord or Laird to ryde to Gurrdwis towne, / Quhair sic wer wont at all Games to be reddy / To schuit or loup, for to exerce thair body, / Now mon thay wirk and labour pech and pant / To pay thair Maisters Maillis exhorbitant.

And from "The Proclamation of the Crying Doun of the New Plakkis and Hardheidis" (1575), published in Edinburgh:

The first instance of exhorbitant by an English author appears to be Lewis Lewkenor, A Discourse of the Vsage of the English Fugitiues, by the Spaniard (1595):

Neither is the condition of the poore citizens or townes-men any better, who being forced to receiue garrison, and to lodge souldiers in their houses, imparting to them the best chambers and commodities of the same, neuer hearing from them anie other word, especiallie if they please not them in all their exhorbitant demands, than Perhamengo, Lutherano, Borchio, &c.

Lewkenor is described at Find a Grave as "a[n] English courtier writer and soldier also served as Master of the Ceremonies to King James I of England," born in West Sussex an died in London.

It seems highly likely that the variant spelling exhorbitant first arose in English in Scotland, given that the earliest seven (or eighteen, depending on how you count them) publications that use the spelling are from that country, according to an EEBO search. After 1595, however, instances from England dominate the results.

Companion searches for "exhalt*" and "exhon*" (as in the variant spelling exhonerate) yielded no such skewing toward Scottish sources in their sixteenth-century results, so the popularity of the spelling exhorbitant in Scotland during the 1500s (and perhaps earlier) doesn't seem to be part of a larger tendency among Scottish writers of that period to add an h after the x in words that begin with ex- and follow with an a or o.

Not the answer you're looking for? Browse other questions tagged orthography dictionaries or ask your own question.

5
Is "blah blah blah" the most common spelling?
17
Canadian spelling: why?
23
"Smooths" versus "Smoothes"
1
Is it acceptable to use "womyn" or "womin" instead of "women"?
21
What's the current scholarly opinion on the "minims" explanation for the spelling of "love", "tongue," etc?
4
Why did the "-re" spelling persist in the British spelling of some words?