Correct or preferred preposition after noob

Ngram to the rescue...

Noob in/at/on does not register in Ngram but if you calque it on newbie, it seems that

wins, followed closely by at and on ex-aequo. 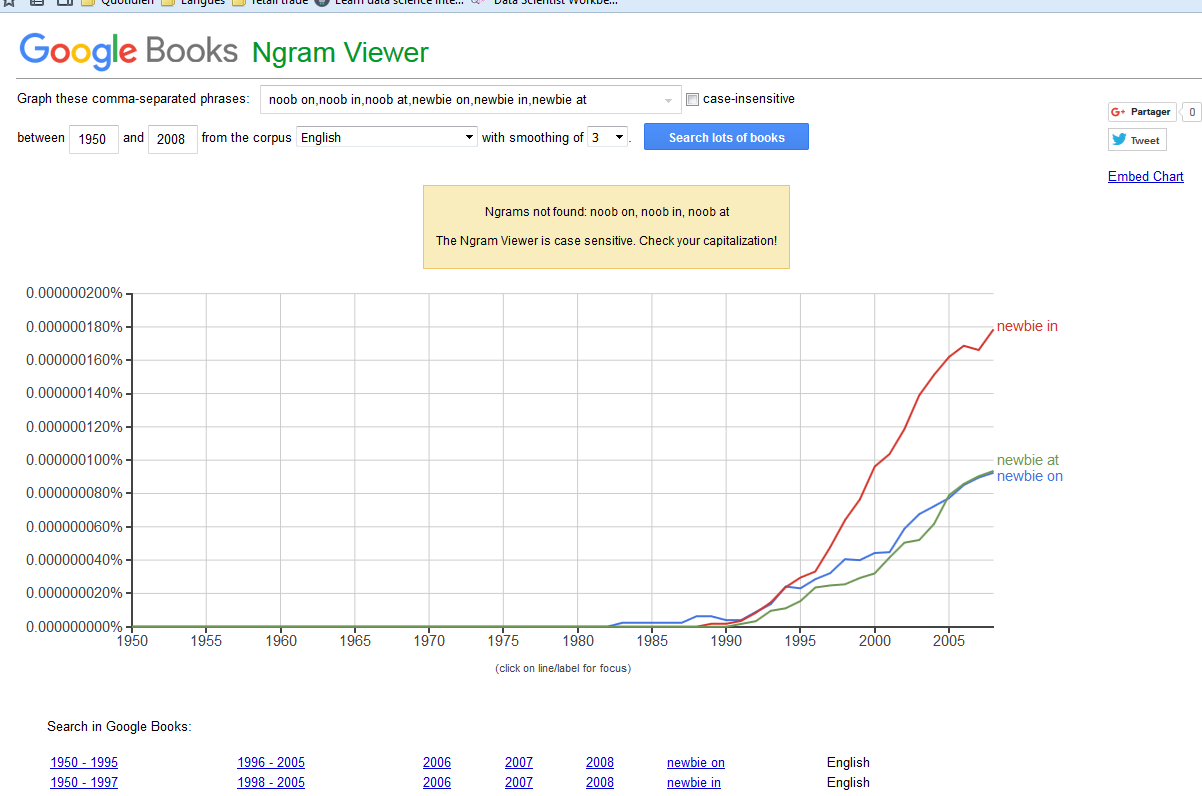 It seems that Noob is mostly used as a standalone noun as in "I'm a noob". If you take in-at-on out of the equation this word get lot of hits. 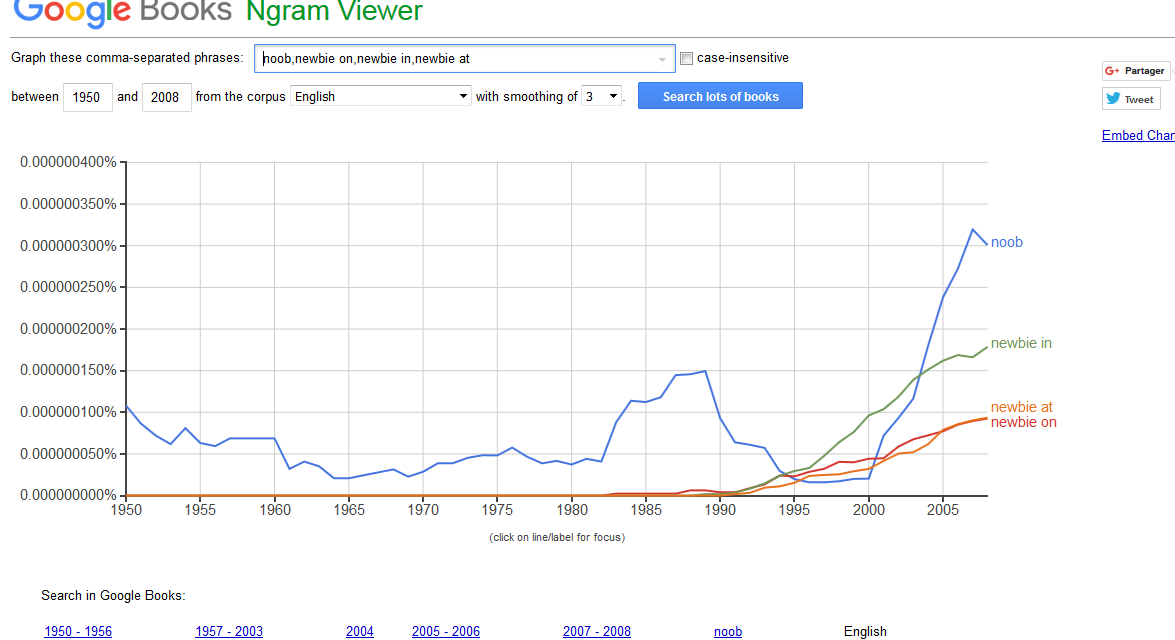 but as standalone newbie is still the king.

Not the answer you're looking for? Browse other questions tagged word-choice prepositions or ask your own question.