What is the recipient of a disclosure called?

I am working on a software application in which users have facts about themselves which they must disclose to their employer or to a regulatory body. We are pinning down terminology to use for the various aspects of the disclosure process.

In general, we have the concept of a "party" which identifies a unique entity -- possibly an individual, a firm, a regulatory body, etc. We are using "disclosing party" to refer to the user who discloses the fact, and "disclosure" to refer to the act of disclosing.

We need a good term to use for the party to which the facts are being disclosed.

I've consulted a variety of common English-language dictionaries (M-W, New OAD, American Heritage, Random House) and thesauruses (Roget's, Collins, Oxford), and so far I have the following under consideration (with reasons I'm not particularly happy with them in parentheses):

"The _____ must approve or reject the disclosure."

Is there a word for this? I would accept a standalone noun, or an adjective to pair with "party."

disclosee is actually a word that is used, but it doesn't show up in every dictionary. Still, it has been used many times.

A Dictionary of Modern Legal Usage

The Oxford Dictionary of American Usage and Style 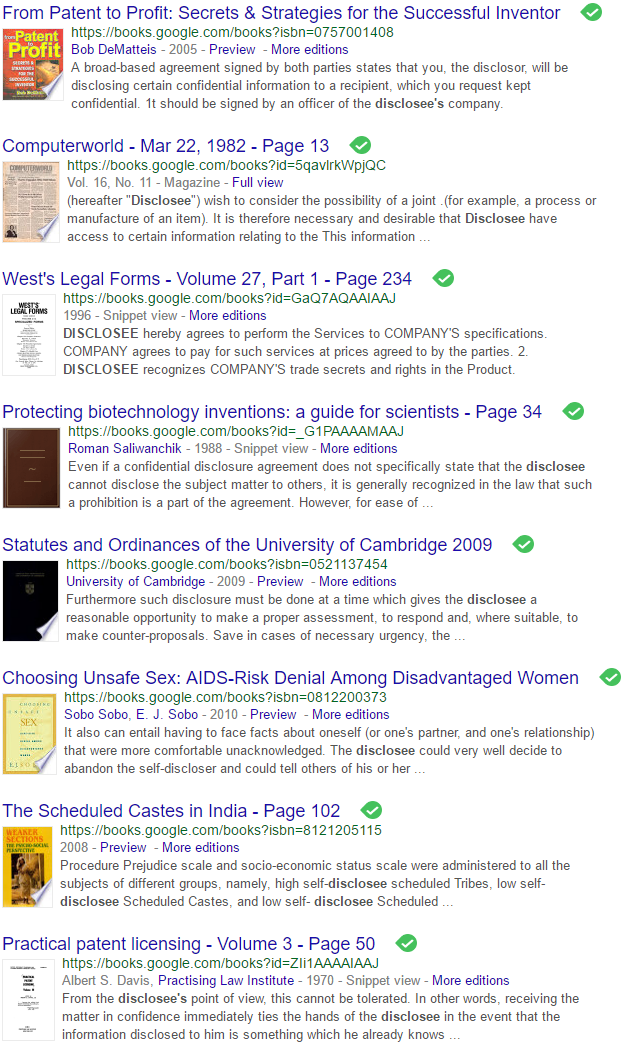 Not the answer you're looking for? Browse other questions tagged single-word-requests software or ask your own question.

5
I need a synonym for "transfer" which makes clear that the recipient has initiated the transfer
64
What is the correct word for "dependee"?
5
What is the sponsored party called?
24
One word for "stealing something on its way to the recipient"
5
Word for "Source of Unpleasant Disclosure"
2
What's the good adjective for the causing configuration set of a bug?
0
What is its called when you buy a program or game and you can't use it anymore do to the devs shutting down the servers (an online game in my case)
0
Phrase or expression for "sending a message to the wrong recipient" in chat