Usage and meaning of the term “narrative”

I have the impression that the term narrative, which traditionally refers to the literary sense of:

is more and more frequently used with the modern/contemporary connotations which I could find clearly defined only in the AHD:

Though the latter connotations are clearly an extension of the traditional one, they appear to be more related to real facts with social and political relevance rather than to fictional stories.

Ngram is not very helpful here but it shows an increase in usage of the term "narrative" from the '50s.

How recent is the usage of the term "narrative" as described by the AHD? Was it first and mainly a "journalist" usage?

All evidence seems to point at this particular usage of narrative originating in the mid 1980s American political media and popularizing in the 90s.: 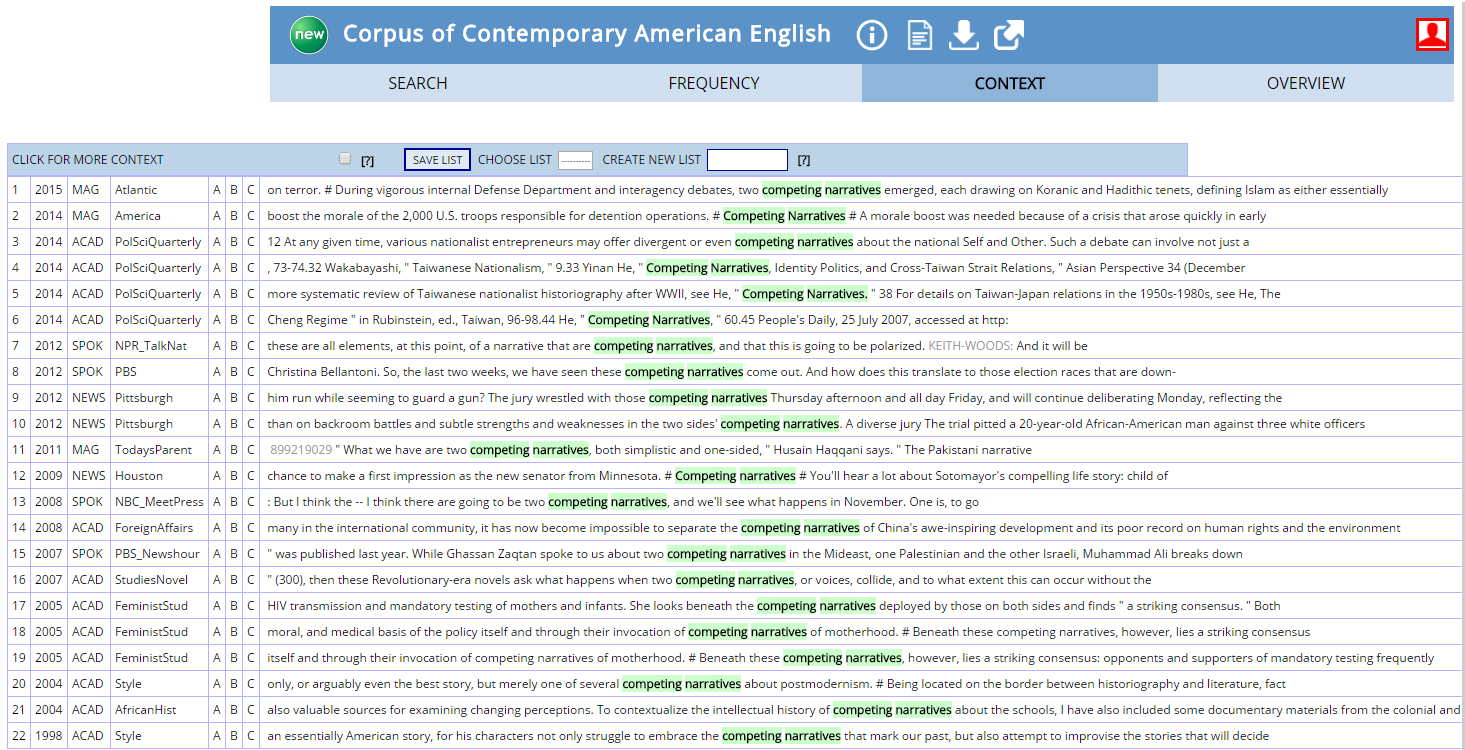 Here's a result from the Time magazine corpus from 1986:

The noun form of this is narration, or the background commentary that can be found in newsreels, documentaries, or movies. The reason narration is used to describe this sort of commentary is because narration has a connotation of the present moment (as the -tion suffix denotes a process), while narrative is the narration as the product of a whole.

In other words, a news story can be a narrative, but it gives narration. Therefore, the usage for "narrative" outlined in the question (competing narratives) comes from the definition of "narrate" that's shown above. In other words, when two narratives are competing in the media then that means that two different forms of running commentary that are fashionable in the media are competing, and in some cases they may even be contradictory to each other. .