How do you paragraph dialogue when multiple characters are acting?

So if I'm correct, you start a new paragraph in dialogue every time a new character is the one focused on.

This is the sample at hand in case anyone's confused: "Time sure flies when you're having fun…" David frowned and for a moment Morgan detected something strange in his expression. "You should be nicer when you talk about your father, he's a good man: he looks after you and it's pretty clear he loves you very much." (both pieces of dialogue are being said by the character David)

Either in a paragraph between two spoken lines, or else parenthetically within the lines of one character. At least, that's how I've seen it done. 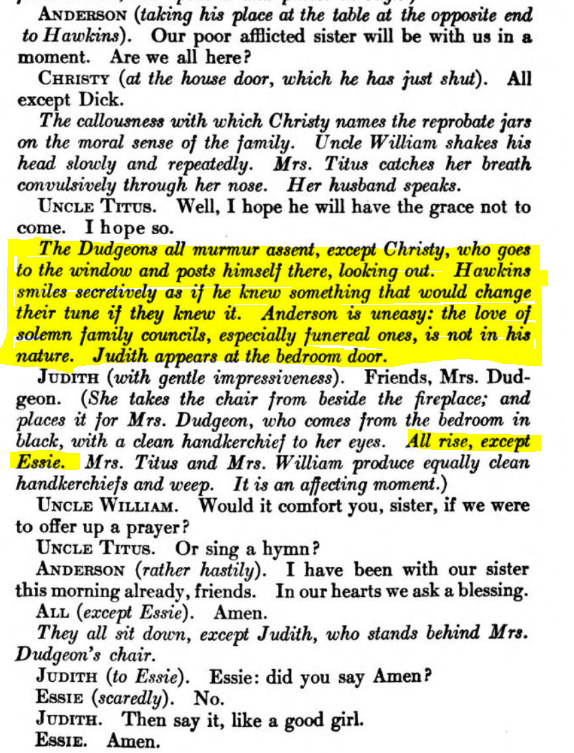 Screen shot from The Devil's Disciple by George Bernard Shaw

Not the answer you're looking for? Browse other questions tagged writing dialogue or ask your own question.

2
How do you convey that something is said slowly in written dialogue?
1
How do you show someone is crying in dialogue?
0
Reasking in answer to "How are you?"
2
What do the parentheses inside quotation marks mean in this Dickens quote?
0
Should you start a new paragraph for a new speaker if both speakers are contained in the same quoted passage?
0
Dialogue with multiple sentences before the “he said”