What do we call a person who does shoe polishing

In many countries, there are people in the streets who do shoe polishing on the go. 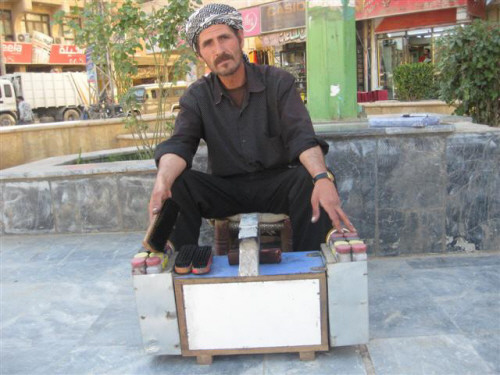 Please refer to the attached image.

What is the word for such a person?

Historically, in British English, a bootblack. But Chambers (iPhone edition), which I quote below, also has shoeblack, which I have never encountered myself.

boot'black noun
1. A person whose job is to clean and polish shoes
2. A shoeblack

The 1993 paper edition of Chambers does not include shoeshiner (the iPhone edition lists it without definition). I suspect it is US usage, although I wonder whether this is a ‘politically correct’* version of shoeshine boy, which I am aware of from the old song of that name.

*‘Politically correct’ because of the derogatory and perhaps racial implications of using ‘boy’ to refer to an adult.

Bootblack is the most popular term for this occupation.

Not the answer you're looking for? Browse other questions tagged meaning word-choice or ask your own question.