(of an insect) emerge as an adult from the pupa or as a larva from the egg.

From wikipedia, emphasis mine:

Like other types of pupae, the chrysalis stage in most butterflies is one in which there is little movement. However, some butterfly pupae are capable of moving the abdominal segments to produce sounds or to scare away potential predators. Within the chrysalis, growth and differentiation occur. The adult butterfly emerges (ecloses) from this and expands its wings by pumping haemolymph into the wing veins. Although this sudden and rapid change from pupa to imago is often called metamorphosis, metamorphosis is really the whole series of changes that an insect undergoes from egg to adult.

If you do a google image search of eclosion (the noun form of the verb eclose), you get a bunch of pictures of butterflies coming out of cocoons, so I think this is as close as you're going to get. 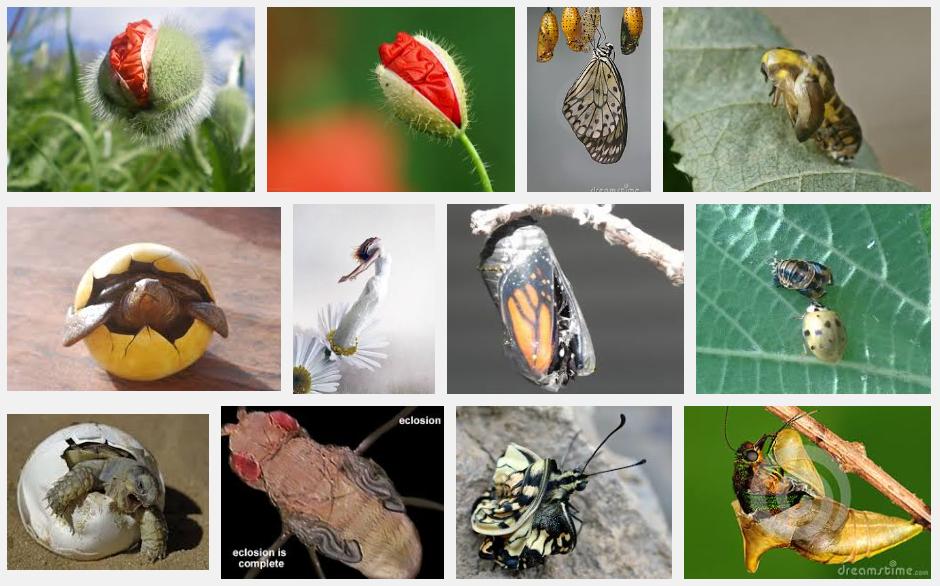 Edit: Josh61 has downvoted me for not providing usages from academic contexts (I was unaware that was a requirement on this site, my bad), so here are a couple examples:

Eclosion is the stage in development when the adult insect emerges from the shell of its old cuticle.

You can do a search on Google Scholar if you really want more.

I think that hatch can be used also for cocoons and chrysalises:

How to Hatch a Butterfly Cocoon :

Not the answer you're looking for? Browse other questions tagged verbs or ask your own question.

0
What’s the meaning of ‘we will emerge’?
2
Can we determine a proper verb form of "exegesis" for Biblical scholars to use?
0
Proper verb for power outage
0
Heterogeneous. Is there a verb for this word?
5
What is the verb or expression for describing some kids in this situation?
5
Is there a word for 'acting impulsively'?
7
Is there an English word for blaming wrongfully, either intentionally or unintentionally?
2
Is there a name for a word which is a noun and also an unrelated verb?
2
Is there a word for following a man or his ideas too closely?
1
Verb for "to become bog/marshland/swamp"