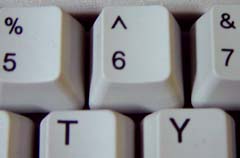 15
How does one pronounce the '@' symbol?
9
What's the meaning of the symbol ‡?
67
How to pronounce the programmer's abbreviation "char"
3
pronunciation: question about dictionary phonetic symbol
0
What is the name of the pronunciation symbol /o/ with a dot over it?
2
What does this symbol from Revolutionary War rolls mean?
3
What do you call the symbol used to insert word(s) into a sentence?
5
How to pronounce "undoes"?