What is the origin and extent of the Indian English usage of "only" to emphasize something?

I live in southern India, and for a long time I've been curious about this phenomenon that I've observed.

Indian English uses the word "only" in a special way. It's used to emphasize things. Sort of like US/UK/AU/NZ people would use the word "indeed."

Some examples (several of which shamelessly stolen from this answer):

I was born in Calcutta only.

You're just stating clearly where you were born.

It's a new movie only.

You're not suggesting anything with the word "only". You're just confirming that the movie is definitely new.

It's on that branch only.

Again, you're sure and you're stating it clearly.

They are Punjabi only.

He is a garbage collector only.

This is not necessarily meant to be offensive, as in UK/US/AU English "He's only a garbage collector." Rather, the speaker is stating what someone's job is, unambigiously.

You're not trying to imply that the amount is too low or insufficient, as in "He paid me only 5000 Rupees." You're saying it was exactly 5000 Rupees, and emphasizing that you recall the matter clearly and are sure.

We went to the beach only.

Nothing negative about the beach. That's simply where you went, and you want to state that clearly.

Kumar is confirming that he is indeed the person they are looking for.

What is the origin of this usage of "only"?

I certainly don't recognize it from US/UK/AU/NZ English. I know that many unique features of Indian English are actually old features of British English that have since died out elsewhere but remain in India. Is that the case here?

Another theory I have is that it developed as a means to substitute a feature of certain Indian languages. For example, in Hindi, people say "hee" at the end of sentences all the time, for the sake of emphasis. Similarly, in Tamil (which I partly know), they say "tha" at the end. It has exactly that function. For example, "Athu tha" means "That, indeed." So another possible theory is that this usage of "only" developed as speakers felt the need to have such an intensifier at the end of sentences, as many Indian languages do. Without it they may have felt that the sentence would lack credibility or sincerity.

Does anyone have any insights, research or knowledge about the origins of this usage of "only"?

Are there regions/countries other than South-India that also use this? What about North India?

To add to the theories in OP and the answer of @Malvolio, there's another interesting clue here.

As @NeilW noted in the comments, the British actually used to use the word "only" after the amounts on cheques, receipts, bills, etc. (Apparently to prevent tampering, thanks @MattBishop .) This is still practiced in India today. For example, here's one of my receipts: 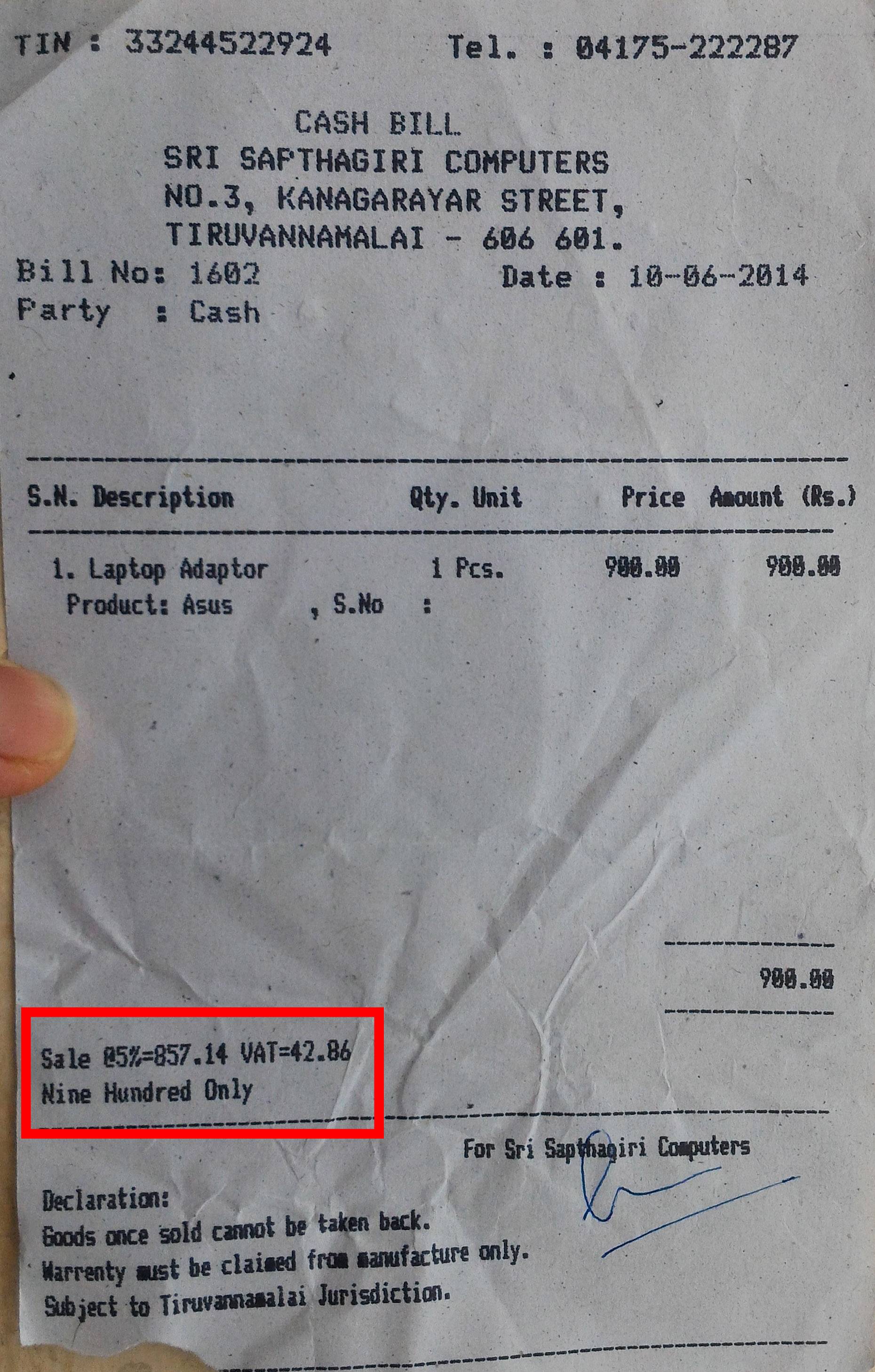 So, as @NeilW pointed out, this usage of "only" in relation to monetary amounts is something India inherited from the British, since it used to also be practiced by the British themselves.

I tend to agree with @Malvolio that it's probably a calque. And this monetary related usage may explain why Indians ended up using the word "only" as a replacement for the Indic and Dravidian emphasizers.

During colonial times (and even after), India's national banking system and financial structures were based on a British model and the English language.

Only would have been a word many people were exposed to every day. After all, everyone, no matter who they were, had to deal with money. Paychecks, receipts from shops, cheques, "money orders", price tags, advertisements. The word only would have been (and still is) ubiquitous in society, in relation to monetary amounts.

Combine this with the strong habit from Indic and Dravidian languages to use emphasizers at the end of sentences. It's easy to understand that Indians felt a need for an equivalent word in English. And as I explained, many would have been exposed to the word only every day, in relation to money. Thus, the word could have easily slipped into usage in other contexts from there. 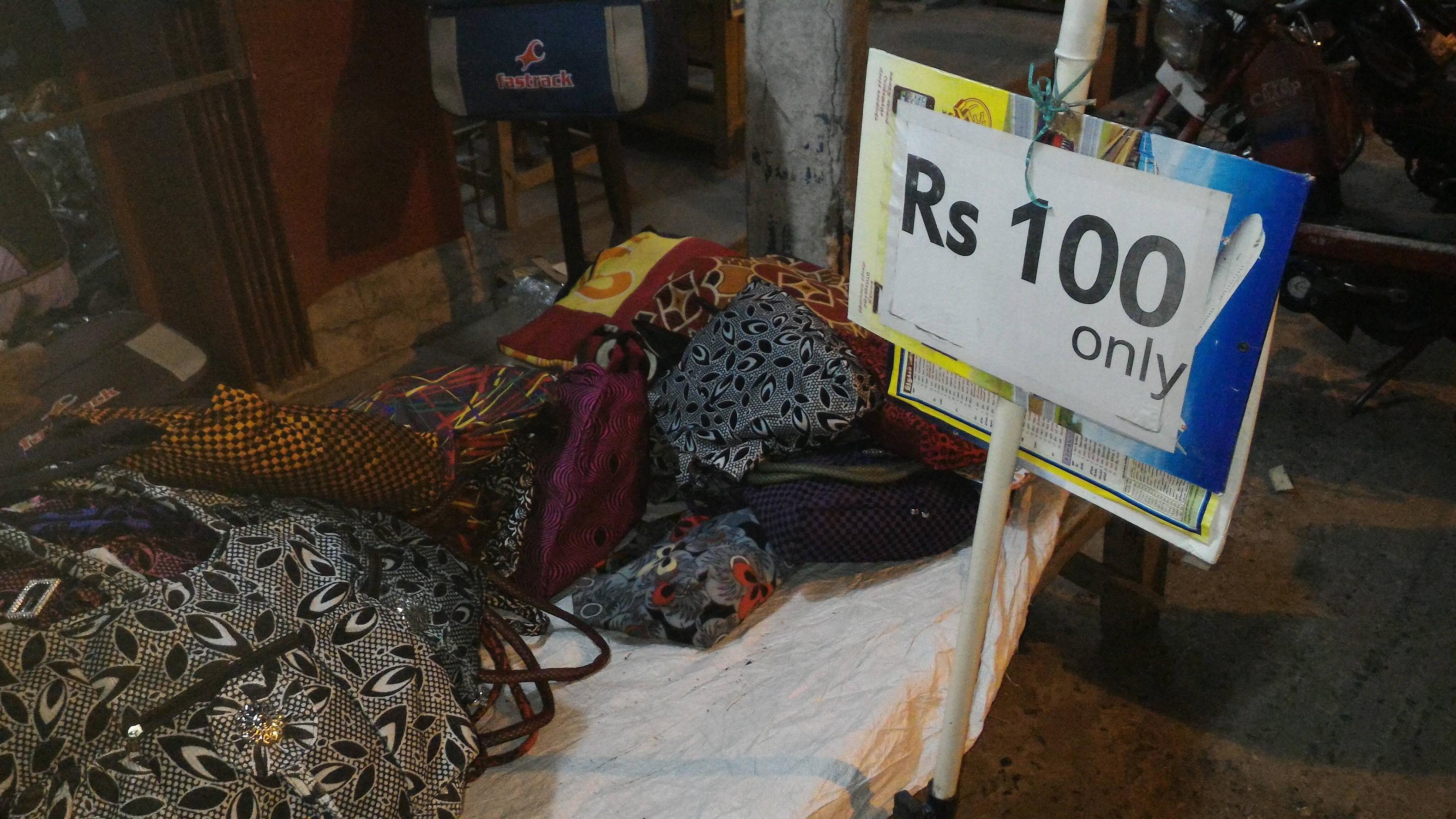 According to the Indian user @NVZ, the phenomena described in OP is common all over India.

The word "only" is often used by many Indians as a replacement for a certain kind of emphasis that is found in a lot of Indian languages. Let's say you are describing somebody who's a habitual liar. A lot of Indians might say, "So, he lied to you ? Of course, he is like that only ". Indian languages usually have suffixes or separate words to emphasize this typical behavior of the subject in question.

This can be a difficult thing for most Indian speakers to grasp, because firstly, in most Indian languages, stress is communicated through either a prefix, suffix or a separate article-like word. The idea that the same sentence can mean different things when spoken differently, doesn't exist in languages derived from Sanskrit.

Secondly, we learn English almost entirely through written material. Native English speakers learn the language mostly by hearing and pick up the stresses while learning the language. We usually don't get that chance and so, apply a logic similar to Indian languages in situations where stress is important in expressing an idea.

"Only" can be a conjunction, an adverb or an adjective.

It is not correct to end your sentence with a conjunction, but nobody would ever do that anyway.

It is fine to end your sentence with an adjective, but "only" as an adjective generally occurs in complete expressions such as "only child" or "the only one" in which it is systematically followed by a noun. In other cases, it is generally replaced by "alone" or "lonely".

The only remaining case is "only" as an adverb. Here it is perfectly legitimate to end a sentence with "only", although it is often poor style.

The usage is explained here.

There are only two cases where this stylistic aspect can be ignored. Emphasis - Sometimes, only is used at the end of a sentence to emphasize the exclusivity referred to by it, i.e. to emphasize that the word only is of prime importance. (This bar is for members only.) To prevent ambiguity - Sometimes, ending the sentence with only is the only way to prevent ambiguity, precisely because of the emphasis mentioned above. (Take one cookie only.) Note that in this case, only qualifies the phrase one cookie. (Take only one cookie, on the other hand might have only qualifying either one or one cookie.)

Not sure whether or how this is related, but I've noticed, while watching British TV -- and perhaps it's just a regionalism -- the use of "only" as seemingly an equivalent of "you see," or "it's just that." For example, "Only, I was wondering if you had a spanner I could borrow." Not in the sense of "I need a spanner, and only a spanner."

Not the answer you're looking for? Browse other questions tagged word-usage usage syntactic-analysis indian-english or ask your own question.

19
Indian English use of "only"
14
How to use "you know"
9
Origin of "even you" without connotations of surprise/insult/praise? (Indian English)
2
What are the differences between Indian English and other (native) varieties?