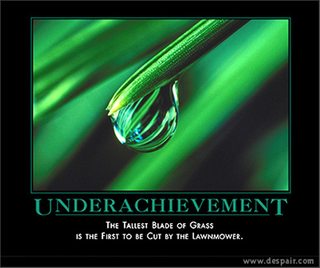 63
Are there counterpart English expressions to Japanese proverb, "the nail that pops up is always hammered down?
7
What is the word for a group holding back one of its members trying to rise above the group?
2
the most problematic or loud person gets the most attention and quiet person is ignored