Is “assaulter” a proper English term?

In light of recent events in the States, there were controversial discussions about the use of the word "rape" and "sexual assault". I know for a fact that "rapist" is the correct term to describe one who performed the act of rape but for the latter term, is "sexual assaulter" a correct English term? For me, it just sounds weird. I was thinking that maybe "sexual assailant" is the proper term given that both "assault" and "assail" comes from a common Latin root word assilire but I am not sure.

Both assaulter and assailant are correct and are synonyms (see http://www.merriam-webster.com/thesaurus/assailant).

However, assailant is much more widely used: 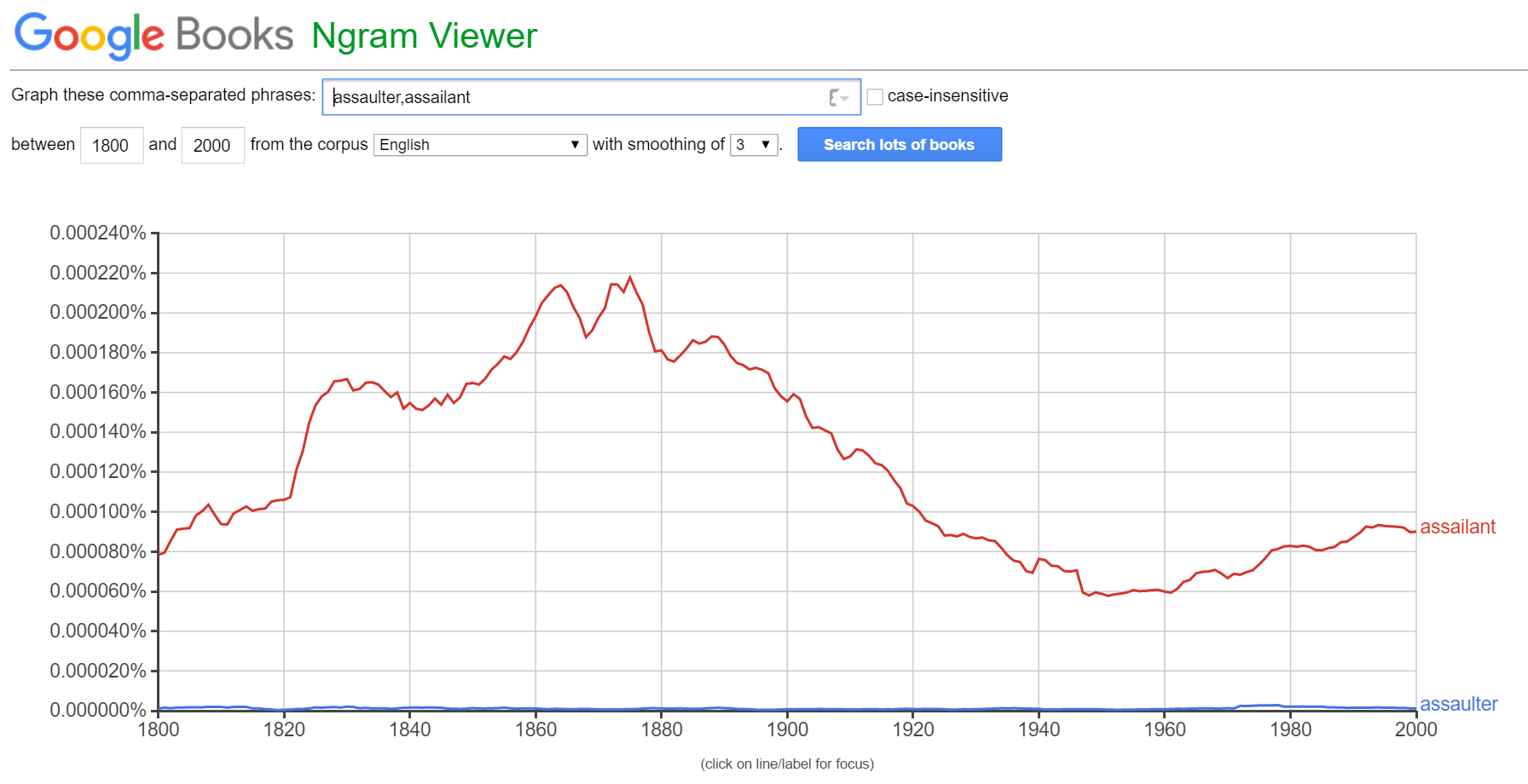 Lists of synonyms for assailant from various dictionaries:

This tends to support the answer from @HerbCaudill that assaulter and assailant are both correct and are synonyms. It also suggests that assaulter is more rare in British English than in American English.

As an aside, it also suggests that there are some American alternatives not used in the UK:

12
“Good night” vs “goodnight” (vs “good-night”)
3
Who needs a haircut?
2
Usage and origin of “prioritize”
7
Source and popularity of the recent slang word “cuck”
0
Is it ever correct to write “doorlight” as one word?
4
The recent invention of the word “heterosexual”