Origin and usage of "graveyard slot"

According to Ngram the expression is from the early '70s

There is an earlier and similar expression graveyard shift/watch which means:

The term "graveyard slot," with the television scheduling meaning, appeared at least as early as 1968, in this piece from the entertainment section of The Chicago Tribune. This article contained no mention of "graveyard shift" or any other explanation of the term, though a casual reader could probably understand it through context if it was a figurative use.

Whether or not "graveyard slot" derives from "graveyard shift," the two have been used in similar ways. In the Asheville Citizen-Times, a feature piece on a late night DJ started with the headline:

In the content, the piece uses the term "graveyard slot," with a definition included.

Either way, other sources appear to use "graveyard shift" with a television meaning, so to that extent, both appear to be acceptable for describing television scheduling. This was done as early as 1972 in a widely syndicated piece by the Associated Press, retrieved here:

The show is NBC's brave new hour for insomniacs, students, people who leave work at midnight and other assorted night owls who heretorfore have made do with ancient film epics on television's graveyard shift.

So why would NBC schedule it for 10 p.m. EDT, the Saturday TV graveyard shift?

That hour is generally reserved for documentaries and reruns of the lame-duck "NBC Magazine," while young fans are asleep.

As early as 1962, the term "graveyard shift" was used referring to the late hours of radio reporting, which predates the uses of "graveyard slot" above. 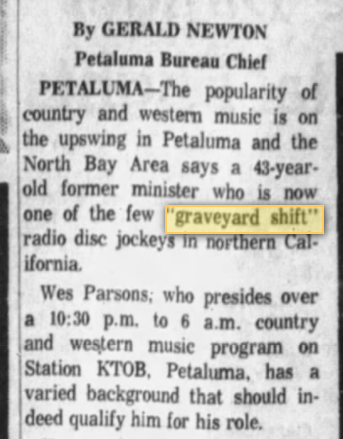