A colleague is designing an application and wants to decide what to write in the return/enter key.

In the Macbook keyboard both terms are present (return and enter). 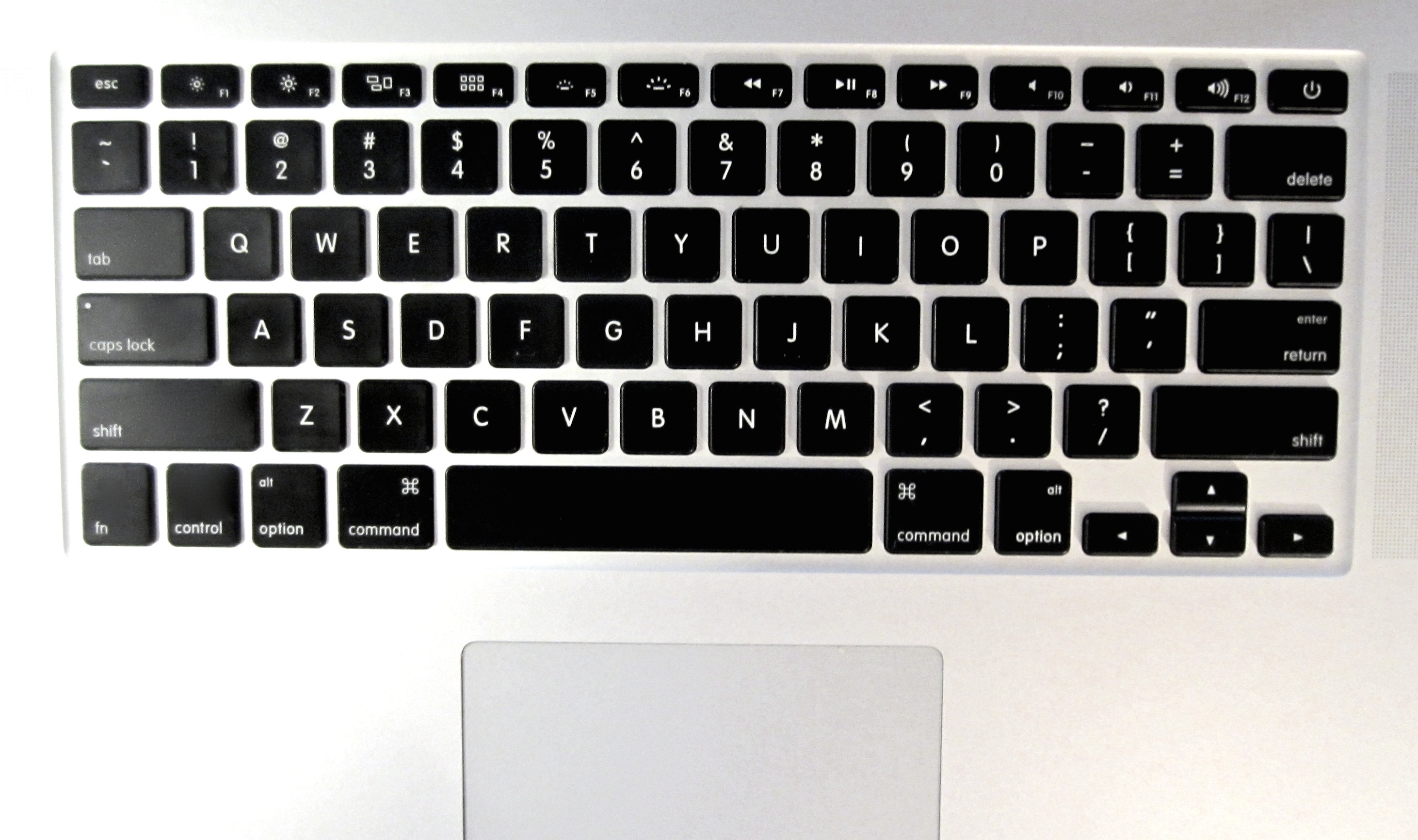 My question is: which term is the most used US English word for such operation?

You question suggests that you are unaware that the ‘return’ and ‘enter’ keys are not necessarily one and the same, although they are on the Mac keyboard you show. It is not a question of US English v. British English (we Brits don’t make computers any more) but more of your audience: Mac v PC, or whether you are describing a specific effect to a technical audience. You can read about it in this Wikipedia article, and make your own decision.

That said, it would appear from googling that ‘Enter’ is most common, as it is apparently the preferred PC/Windows usage (I wouldn’t know from personal experience as I’m also a Mac user), and as your Mac keyboard has both terms (my laptop has neither) I’d suggest you use that (perhaps with ‘Return’ in parentheses if style allows).

The real question is whether your audience is technically inclined or not.

A layperson will almost always know what you mean when you say "Press the Enter key", but "Return" is, for most, an unfamiliar term. It would be appropriate in, say, a textbook, but not necessarily in user directions, unless you were also going to include "Enter" as well, as is the case on Mac keyboards like you have shown.

As David's answer indicates, the split between Enter and Return reflects a longtime difference in labeling between IBM/Microsoft nomenclature (Enter) and Apple nomenclature (Return). Although the MacBook keyboard you photographed includes both return and (in smaller letters) enter as labels on the key in question, my iMac keyboard from 2014 includes only the label return.

I worked for many years at a PC magazine, where we consistently identified the key as Enter (as IBM-compatible computer keyboards did), and for several years at a Mac magazine, where we consistently identified the key as Return (as most Apple products did, albeit in lowercase). The fact that your MacBook even acknowledges that enter is a legitimate alternative label for return suggests that Apple may be facing the reality that Enter is the more widely recognized label for the key—because PCs are still far more common than Macs.

I think that a complete switch from Return to Enter on Apple keyboards is still unlikely, even in the post–Steve Jobs era, because it would raise the prospect of Apple's having to deal with the knottier issue of reconciling the key labels in the lower left corner of the keyboard with their PC equivalents and remapping various keystroke combinations—steps that many longtime Apple users (I imagine) would vigorously oppose. Few things reinforce Apple users' prejudice against PCs (and PC users' prejudice against Macs) like having to get used to so many keys having the wrong labels, so many controls being in the wrong place, and so many keystroke combinations being needlessly different.

In any case, to answer your question, Enter is the label more familiar in U.S. English (and indeed throughout the English speaking world). But there is nothing wrong with saying, on first occurrence of an instruction, something along the lines of "...and then press Enter (or on a Mac, Return)," and thereafter simply "...and then press Enter."

Not the answer you're looking for? Browse other questions tagged word-choice american-english technical tech-writing or ask your own question.

35
Why is the term "depressed" often used to describe a button which is pressed?
11
Differences between “methods”, “methodologies” and “paradigms”
2
Looking for a term to describe looking back to a certain point in time
5
Difference between "Registration" and "Enrollment"
13
An appropriate term for the 'contamination' of a language
3
How is the term "African-American" politically correct?
3
How are "campsite" and "campground" used in American English?
1
What is the appropriate term for a brochure with maps and shop information of the shopping mall?