What is the slimy fluid from the throat called?

What is the slimy fluid from the throat called? It's quite clear, not green like mucus. Especially when you're crying, the fluid from your eyes flows down to your nose and throat, and when you spit, it can't be spit easily, but it runs down from your mouth and dangles from there like a long string of saliva.

PS: Here are some images: 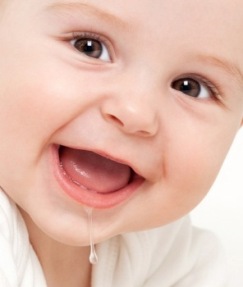 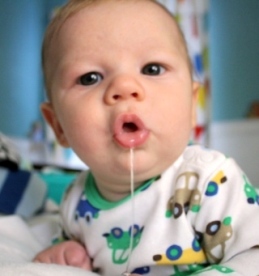 As you can see in the images, the fluid is as clear as normal saliva, not as colored as phlegm or mucus, but it's much slimier/oozier. There's an dependent word for this in my language. I wonder if that's the case in English.

single-word-requests image-identification
Share
Improve this question
edited May 22 '16 at 15:35

The word is mucus. The condition OP is describing is most likely post-nasal drip.

When it's not thick and difficult to clear like the OP describes, it's just saliva.

Phlegm would more accurately describe the green mucus that OP stated he is not looking for.

Refer to the "Distinction between mucus and phlegm" section of the Phlegm wiki entry.

Edit based on OP's new information and pictures:

The pictures show saliva or mucus

Since the OP desires something thick and difficult to clear, mucus is the word.

As nouns, both slaver (meaning #2) and drivel mean the “saliva coming/flowing from the mouth” and as verbs, they both describe the action of letting it come/flow from the mouth.

Phlegm might be the word you are looking for. (It is technically also a type of mucus - mucus isn't always green.)

9
What are these wheels called in English?
6
What is this piece of children's playground apparatus called?
25
What is the "ponytail" in a knight's helmet called?
4
Is there a word for suffocation by chest compression?
6
Is there a word that back-of-the-throat creaky rattle that young babies do?
4
What are the strings outside the baseball bat called?
14
What is a pill's "envelope" called?
12
What are these things that surround museum exhibits called?
2
What is this type of sign called in English?