Word for many people doing the same (silly) thing

An example: Tourists at the leaning tower of Pisa all doing the same (clichéd) pose. 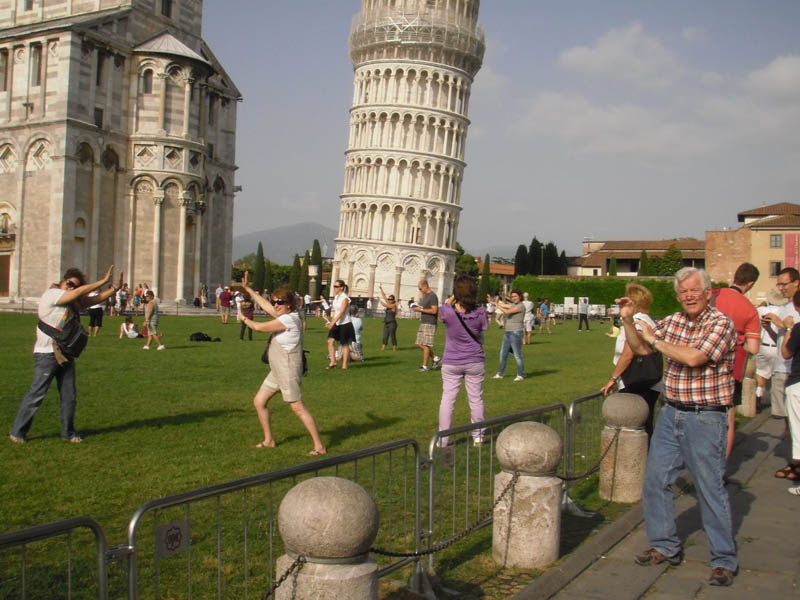 Is there a single word for such behavior? It's not a flash mob, obviously, because it happens all year 'round. It's not mirroring because it's not subconscious behavior, but something very intentional. It's not synchronicity because it's not a spontaneous thing. It's not aping or copycatting either, since people aren't (necessarily) mimicking anyone in particular.

I suppose it's ritualistic, but that seems too serious for something so silly.

I suppose this behavior constitutes a meme, but I'm wondering if there's a better word for it. Or for the act itself; the act of participating in and propagating the meme. 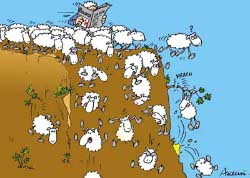 You may also say that they are "blind followers".

This doesn't quite capture the silly or superficial aspect of what you're getting at, but you could just use tradition (or silly tradition):

a long-established or inherited way of thinking or acting: The rebellious students wanted to break with tradition.

If you want to be a little different you could go with instituition (or silly/cultural institution):

a well-established and structured pattern of behavior or of relationships that is accepted as a fundamental part of a culture, as marriage: the institution of the family.

0
What's a word for someone who "jumps on the bandwagon"?