What is a word for a condition one is born with?

I need a word that describes a condition that one is born with; specifying that the condition was present from birth.

(especially of a disease or physical abnormality) present from birth. (of a person) having a particular trait from birth or by firmly established habit.

adj. ... describing a condition that is recognized at birth or that is believed to have been present since birth. Congenital malformations include all disorders present at birth whether they are inherited or caused by an environmental factor....
Oxford Concise Medical Dictionary (9 ed.)

Consider innate (existing in one from birth; inborn; native)

Example: We do not know whether musical ability is innate or acquired.

Edit: I just realized that this word appears in @Josh61 "Inborn" definition.

Congenital is my first choice, but if you want something more on the meta-physical level, consider inherent:

belonging to the basic nature of someone or something

Maybe you should go for :

innate: An innate quality or ability is one that you were born with, not one you have learned:

inherent :existing in something as a permanent, essential, or characteristic attribute.

intrinsic : Of or relating to the essential nature of a thing. Situated within or belonging solely to the organ or body part on which it acts.

Congenital is indeed oft used, however it means that it is a lineage trait as well (literally from con genites (Latin) meaning with father): so whilst popular in use, not strictly correct unless unless referring to a condition suffered by progenitors as well.

From the point of view of non-physical traits: perhaps inherent, or intrinsic might serve better when dealing with psychological conditions allowing a choice for the intent you wish to construe as to the capability of the individual to resist their predestined traits: if inherent, then they may well be able to resist, if intrinsic, then the trait is so fundamental as to be an integral part and unavoidable in the long run. Innate can work too, as it stems from the Latin for in/since birth.

From Freud's perspective, sexual deviances are not inherent

i.e. not part of the basic nature of the subject

From Freud's perspective, sexual deviances are not intrinsic

i.e. not part of the integral nature of the subject

From Freud's perspective, sexual deviances are not innate

i.e. not part of the birth-state of the subject

Something just occurred to me as well, the trait, described as psychological may well have a physiological cause (brain lesions, altered brain formation) and hence be able to be classified as a more properly physical trait, which could allow you to rename the trait as such.

That's what most American English speakers would say in that case. It isn't technically correct, but we use the word for things that aren't caused by genes.

"Insanity is genetic, you get it from your children"

"She has a genetic heart condition"

"Many Americans believe that homosexuality is genetic"

: passing, or capable of passing, naturally from parent to offspring through the genes

Hemophilia is a hereditary condition.

: reappearing after being absent from a strain of organism for several generations. Used of an inherited trait.

'innate' works, right? ..but I like to use 'instinctive'.

It provides a 'tip of the hat' towards the world of life before us and their wisdom of workable interconnection to resources which constructively evolves. 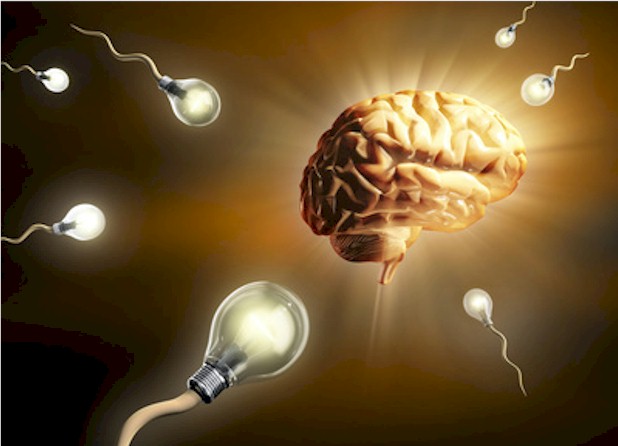 "Proband" is the term geneticists use to define someone who has a genetic condition they wish to track in a family tree. A person confirmed with the condition is an "affected proband" a person unconfirmed is a "suspected proband"

Freud often got himself caught up in words, and I never followed his theory. Still, vocabulary can be worth some talk. We can compare "angeborene" (to discuss notionality, that is, the lexicon and connotation, we should refer to the language of the original).

"Angeborene"might refer to inborn, inbred, as well as innate states or conditions.

Regarding deviance, the psychological side naturally is who to blame for the condition. Word choice can make a difference.

"Innateness" often refers to the species. If your context is scientific, the blame could not be on all humanity anyway, so you would be making only a redundant note.

"Congenital" disorders are mostly those developed during fetal development. Distortion to result from lesions would belong with congenital problems before parturition, and with acquired disorders ever after.

"Inbred" deviance would imply a totalitarian family or culture, not a strong thought, on the side of credibility on accepted influence. The matter would be similar with "inborn", often to mean factors or predilections recognized since birth. Infant life obviously is not abundant with sex.

Your described sense might be that "deviance is not genetic", but I think it is always good to refer to the original text. One can never trust interpretations.

If to think about the affirmative in English, behavior is mostly learned or developed, psychologically. Deviance as a learned behavior obviously is a bit too funny for an idea.

It's not perfect for this usage, but inveterate is a good word to have in your tool belt:

1. settled or confirmed in a habit, practice, feeling, or the like: an inveterate gambler.

7
One word for the act of being born?
4
A word for someone who comes from one city but supports a team from a different city?
2
Single word for time and place of birth
1
A word for "people who were born on the same day from different mothers"
0
One word to refer to this list
2
Word/phrase to call people who born in the new millennium
6
A word or expression for people who have lived at the same time at least during one day?
27
Username + password = one word
0
Word for knowing what to do and not doing it
0
Is there a word to describe the process of making animals scared of humans again?