What's the usual name for a 'dot' billboard?

The original luminous billboard (probably the first ever installed was the famous 'zipper' at One-Times-Square) was made of dots, created by light bulbs, like this one, but this is the only one that shows up in an image-google-search, and a general search gives only a few hundred hits. 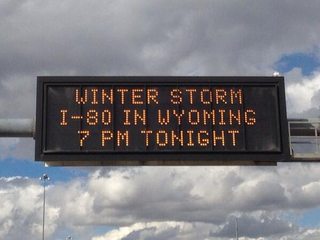 What is the usual specific name for such type of billboard?

A variable- (also changeable-, electronic-, or dynamic-) message sign, often abbreviated VMS, CMS, or DMS, and in the UK known as a matrix sign, is an electronic traffic sign often used on roadways to give travelers information about special events. Such signs warn of traffic congestion, accidents, incidents, roadwork zones, or speed limits on a specific highway segment.

According to Ngram, "matrix sign" is slightly more common.

Here's a picture, from Wikipedia: 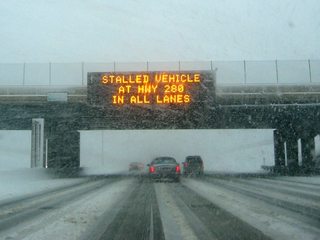 I would call it an LED matrix, an LED sign, or an LED billboard.

From a quick search on Google Images I find that the term LED matrix seems to be mostly used for smaller scale devices which you could keep in your pocket.

Calling it an LED sign or an LED billboard would indicate that you are talking about something larger. A Google Images search for either of those terms will mostly find more modern technology with RGB and higher resolution.

In the UK Traffic Signs Regulations they are called 'Matrix Signs', but in my experience people tend to refer to them colloquially as 'dot matrixes' or 'dot matrix signs'.

These are known as marquee signs, commonly used by theaters to advertise the attractions. Use the google to find images with the search term

The name is slightly more general, as it can apply to signs in which the light bulbs are used only to provide an illuminated border.