Is “He died himself.” a correct sentence?

I've checked Oxford Advanced Learner's Dictionary and I found that die is an intransitive verb most of the time. I checked other dictionaries as well. I didn't find any usage of "die" as per which we can say, "He died himself." I want to know whether this usage is correct and on what basis.
Additionally, I find examples of this usage on British National Corpus as well. I searched [die] [p*] in it and found died himself, died oneself, etc. When I search on Google "he died himself" (with quotes). I find many examples there as well.

The example "he died himself" is grammatical provided it occurs in a context which allows "himself" to be interpreted as a sort of intensifier. For instance, "The doctor devoted his life to preventing death, but in the end, he died himself." Or, the intensifier can occur immediately after the noun phrase it intensifies -- " ... he himself died."

At any rate, the "himself" in such a case is not the object of the verb, but serves another function.

(I'm not sure "intensifier" is a real grammatical term -- I just made it up. Edit: Or else it was a dim memory. @Lawrence in the comments gives a reference to this nice typological account of intensifiers, which discusses the connection with reflexives: Focussed Assertion of Identity: A Typology of Intensifiers.)

Without enough context, it will be ambiguous. "He died himself" pit against "He died a hero" could mean he died being his normal self without becoming a hero.

So it's okay to use, but not as a standalone sentence though. See following examples where it is used to emphasize the antecedent's identity, as opposed to being instances of himself as reflexive pronoun.
Thanks to Brian Donovan

The Saga of Beowulf (By R. Scot Johns)

No chains were strong enough to bind him, nor could they have kept him from reaching Fritha's side and slaying Ongentheow before he died himself; but the ...

A Genealogical and Heraldic History of the Landed Gentry; Or, Commoners of Great Britain and Ireland Etc. - London, Henry Colburn 1837-1838 (By John Burk) 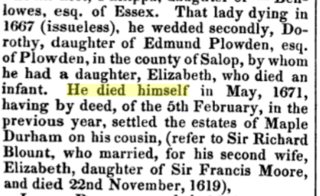 He died himself in May, 1671, having by deed, of the 5th February, in the previous year, settled the estates of Maple Durham on his cousin,

Himself used thus is an intensive pronoun.
Thanks to Anonym

Did you yourself make the cake?

The sentence would still make sense if we removed yourself: "Did you make the cake?"

2
Is “to circuit” a common verb in colloquial language?
5
“Typical of” or “typical for”?
3
“Financier” in British and American English
0
Can “abscond” be used as a transitive verb?
3
How does your orange peel?
2
Is it correct that only transitive verbs can have passive form?
1
Has the word “manal” (instead of “manual”) ever actually been used? If so, how?
9
Late “latter” last