I'm looking for something people from rural area would use, especially when they refer to that person's inability to adapt to the country life.

City slicker is an idiomatic expression for someone accustomed to a city or urban lifestyle and unsuited to life in the country. The term was typically used as a term of derision by rural Americans who regarded them with amusement. 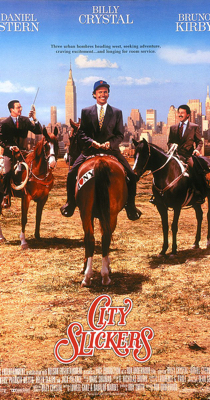 Townie is the obvious answer, but tourist or tripper often carry overtones of scorn and 'urban, squat and full of guile'. (I knew a young girl who, left in a car for half an hour, hid under the seat because she was afraid of the trippers.)

(hist. & dial.) a city dweller unfamiliar with life on the range; especially : an Easterner in the West

dude: a person who tries to dress like and talk like a cowboy, but really is a city person.

They appeared to be dudes. Tenderfoots from back east. In the clear mountain air we could smell the new leather boots and scabbards holding their shiny new rifles.

: A tenderfoot is slang for an inexperienced person, particularly one who is not adapted to a rural or outdoor lifestyle (emphasis is mine.)

a newcomer (as in a country) unacquainted with local manners and customs.

A tourist to the northern lower, or eastern upper peninsula of Michigan, especially the Mackinac area. Often these tourists are from lower parts of Michigan, and are usually on vacation "up north". The name fudgie comes from the fact that many of these tourist like to spend lots of time in the many fudge shops in northern Michigan. Locals are generally not fond of fudgies, as they seem to have no small town driving abilities, and can sometimes be snobby or annoying. fudgies are identifiable by bright clothes, and the presence of cameras around their necks and the use of fanny packs. also, the use of shoes and sock at wholly inappropriate times, such as on the beach and the pronunciation "Mack-in-ack" are dead giveaways.

You don't have to use your blinker there! what the hell is he doing?

Calm down, it's just another fudgie.

A newcomer to Alaska, ignorant of the terrain, the weather, the animals, the culture, the necessary driving skills in the winter, etc. Opposite of a sourdough.

(n.) A term of address, generally applied to strangers, implying that the person addressed is slick in the sense of "sophisticated," but often used sarcastically.

A person who dresses and acts like a cowboy but who has never worked as one and has none of a cowboy's skills or experience. Originally a reference to extras in Hollywood western films (who would remain in costume off set), it later extended to anyone who wears cowboy clothing purely for the purposes of style or affectation. Primarily heard in US, South Africa.

The senator accused his challenger of being a drugstore cowboy—a city slicker who had no idea what it meant to live or work in the rural countryside.

A yuppie (/ˈjʌpi/; short for "young urban professional" or "young upwardly-mobile professional") is defined by one source as being "a young college-educated adult who has a job that pays a lot of money and who lives and works in or near a large city".

(D**ned) urbanites. Or if the rural area happens to be hilly or mountainous, flatlanders.

Kind of an obscure one, and I don't believe it's an official word, so the only definition available might be urban dictionary, but I have heard it used before. From Urban Dictionary:

Noun, adjective. Derived from City+idiot. Someone from the city who's utterly crippled by an inability to survive outside city limits or comprehend any merit or logic in rural life or people.

In the North East of Scotland at least. I don't think I've ever heard of it used in anything other than a derogatory manner.

Away and wash yourself you dirty town dweller.

In Cornwall, UK they are often referred to as grockles, though this refers more to 'tourists' than specifically town dwellers (after all, there are some towns in Cornwall...)

Another long shot, since the best picks are already taken, but 'burger', in its original meaning could be used in derogatory sense. This kind of use originated from XIX century Russian literature, so is more likely to be recognized in countries whose history has been influenced by Russia than others.

city boy/girl (disparaging when used to describe an adult)

A boy or man who is a native or inhabitant of a city, or who has urban tastes or manners.

Share
Improve this answer
answered Jul 29 '16 at 20:58
user180089user180089
Add a comment  |
Highly active question. Earn 10 reputation (not counting the association bonus) in order to answer this question. The reputation requirement helps protect this question from spam and non-answer activity.

Not the answer you're looking for? Browse other questions tagged single-word-requests idioms pejorative-language or ask your own question.

17
Derogatory term for people from places like San Francisco
3
Are there any disparaging synonyms for 'city slicker'?
7
A slang word for "urban"?

7
Is there an idiom for people who boast too much?
14
What word means “the people in one's life”?
9
A person who criticizes his own homeland/city/country?
6
Word describing people who need to establish trust, But aren't friends
1
Is there a pejorative/offensive slang word or phrase for a man who suffers from erectile dysfunction?
1
Word for the name part of a country name
5
A single word for an immigrant from a different part of the same country