What does it mean to "eat glue"?

I have come across this phrase a time or two and can't seem to make any sense out of what it means.

As a web developer and in the context of this graphic, I have a little idea what it may mean, but I'm not sure... 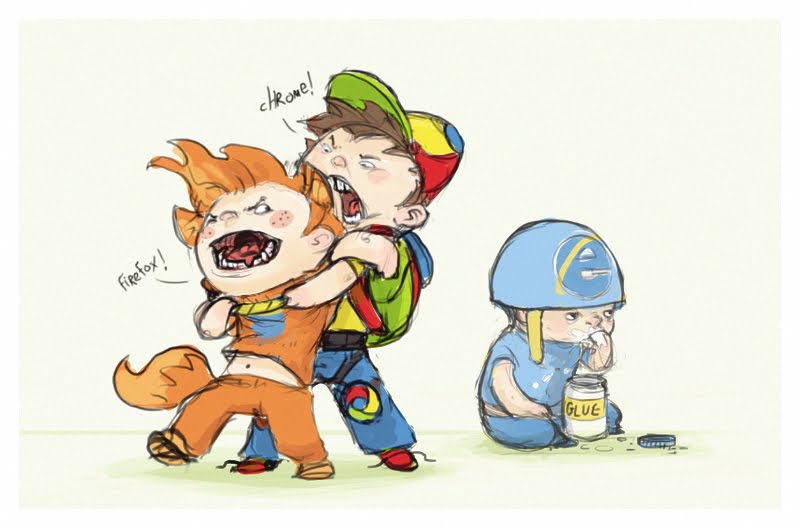 I've usually heard this as "eat paste", but "eat glue" is probably the same thing, especially judging from the informative graphic.

This refers to doing something passively stupid, and hearkens back to the kid in grammar school who merely sat at his desk eating paste while things happened around him (or her).

The graphic is depicting the Internet Explorer web browser as the dumb kid who has, by inaction, removed himself from the battle over web standards, which is hotly being fought between Firefox and Chrome. With the release of IE9, I'm not sure how applicable this is anymore. In any case, IE is represented as being content to just be what it is (with still a majority market share) while the other browsers fight it out for what's left.

It's not very flattering to Microsoft, certainly, but it also suggests that it might be better to be the dumb kid who wins than the smart kids who fight each other.

Not the answer you're looking for? Browse other questions tagged meaning phrases or ask your own question.