Where does the word 'Simoleon' come from?

Simoleon is another word for money.

I once thought that the word Simoleon came from the popular PC game The Sims. However, recently I heard the word used in conversation, "It costs a lot of simoleons". I asked the speaker if he had played The Sims. He said he never heard of it. 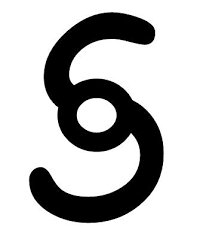 When searched on Google, simoleon originates:

late 19th century: perhaps on the pattern of napoleon

However, no more information is given. Could someone explain how the word comes from napoleon or when it became a part of the English language?

Dictionary discussions of 'simoleon' and its variants

Merriam-Webster's Eleventh Collegiate Dictionary (2003) has this very brief entry for the word simoleon:

Milford Mathews, A Dictionary of Americanisms on Historical Principles (1951) has these relevant entries for simoleon and Simon:

Here at greater length (for context) are the three examples that Mathews cites. From George Ade, Artie: A Story of the Streets and Town (1896):

"You heard me, did n't you? I went in and asked the main squeeze o' the works how much the sacque meant to him, and he said I could have it for four hundred samoleons. 'Well,' I says, 'that 's a mere bagatelle to me. That would n't keep me in shirt-studs for a month.'"

A witness was called on the part of the State [of Louisiana], who deposed that Jo Bowers, Mike Brady, another gentleman whose name witness had forgotten, and himself were playing poker; Jo he riffled the kurds, and Mike went blind. "Hem!' said the Judge, 'did you say, witness, that one of the party went it blind?' 'Yes, Sir, I did that.' "Go on,' said the Judge. 'I was first in say, and bet a Simon—' 'A what?' 'A Simon, your Honor.' ' A dollar, may it please your Honor,' blandly explained the District-Attorney. 'When it came to Mike's turn he was still blind, and being considerable drinky he sort o' felt his keeping, and concluded he could bluff; and, says he, I'll make my blind good and see your Simon, and go you ten better—'

Harold Wentworth & Stuart Flexner, Dictionary of American Slang, first edition (1960) cites the Mathews example of Simon from 1859 and then offers this entry for simoleon:

But Robert Chapman & Barbara Kipfer, Dictionary of American Slang, third edition (1995) has this:

Early occurrences of members of the 'simoleon' family

As cited in ab2's answer, World Wide Words finds an example of simoleons from an Iowa newspaper published in 1883. Searches of Google Books and various newspaper databases turn up at least one earlier instance of simoleon. From "Through a Straw: A Summer Sigh for the Sea" in*[New York] Puck*, volume 11 (July 19, 1882):

And from "What Goeth On at Present," in [New York] Puck (October 5, 1881), this early instance of simoleons appears:

And in these days it shall come to pass that the young man who is a clerk in a down-town store, and who taketh for his wages each week shekels of gold and silver to the amount of ten simoleons, including them that are punched, becometh discontented with his lot.

... And if upon a holiday the young man who playeth soldier goeth not forth with the other young men who likewise play soldiers, then is he mulcted in simoleons of gold and silver.

Widespread U.S. adoption of simoleon appears to have occurred in 1888–1898, a period during which simoleons appears 18 times in an Elephind.com search (many of them from matches to instances in the St. Paul [Minnesota] Daily Globe], simoleon appears once, and samoleons twice.

I can't say why modern etymologists are so unimpressed by the 1859 occurrence of Simon in seeming anticipation of simoleon as used a generation later, but unimpressed they appear to be, as they decline to go beyond "origin unknown" as the source of simoleon. Whether simoleon is ultimately traceable to the British silver sixpence simon of the early 1700s, its connection to the U.S. dollar Simon of 1859 seems not at all far-fetched.

A word consisting of a mix of words of two or more languages, one of which is Latin, or a non-Latin stem with a Latin ending

I don't know how authoritative this source is, but it distinguishes between what is generally agreed upon, and what the author is inferring from his research.

This bit of US slang for one dollar or money in general now sounds very dated, though it still turns up from time to time .........An example appeared in Fortune in 2003: “Today I make a respectable mound of simoleons at my business job......." The word was given a boost when it was chosen as the name for the currency in the simulation computer games featuring the Sims.

But it goes back a long way. What follows is a bit speculative, but fits what evidence we have. In early eighteenth-century Britain, the small silver coin whose proper name was sixpence was often slangily called a simon. We’re not sure why, but a plausible origin lies in the name of Thomas Simon, a famous seventeenth-century engraver at the London Mint who designed some new coins after the Restoration in 1660, including the sixpence. (A New Testament reference, to St Peter “lodging with one Simon a tanner”, led to the coin later being called a tanner instead.) Simon seems to have been taken to the USA and transferred to the dollar coin (the name is said to have been recorded in the 1850s). Having in mind the much more valuable French gold coins called Napoleons, some wit bundled simon and Napoleon together and made from it simoleon.

The first example I know of is from the Davenport Daily Gazette of Iowa in 1883, in a piece of mock-Biblical whimsy about the local journalists losing their press club to an upstart incoming dentist who offered their landlord more money: “The doctor spoke unto Mr. Thede, and did offer to him many fat simoleons and talents of gold and shekels of goodly silver, and Mr. Thede hearkened unto his voice....”

Not the answer you're looking for? Browse other questions tagged etymology slang origin-unknown or ask your own question.