While on a mission in Argentina, I encountered a type of window blind system there called a "persiana." It looked like this: 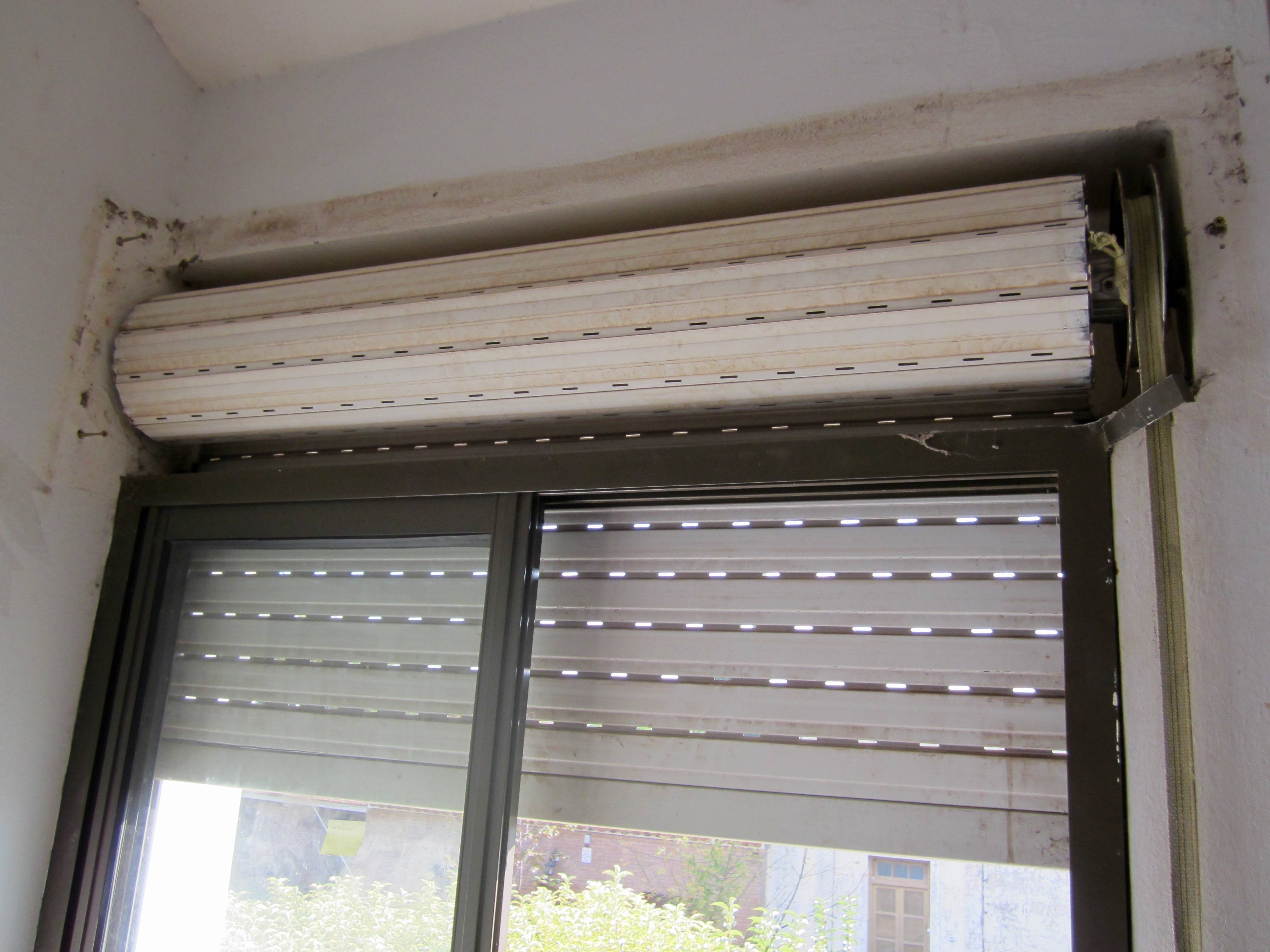 You tug on the nylon belt to the right to raise and lower the blinds, which are usually made of plastic. There are holes between the slats to let the air through without letting in lots of light. They are notorious for being difficult to operate and breaking often, as this one here (the case is missing, probably because we were trying to fix it).

Is there a word for this kind of blind system in English? I thought about "louver" but that doesn't seem quite right (according to Google Images/Wikipedia).

It's called a roller shutter.

A roller shutter, roller door or sectional overhead door is a type of door or window shutter consisting of many horizontal slats (or sometimes bars or web systems) hinged together. The door is raised to open it and lowered to close it. On large doors, the action may be motorized. It provides protection against wind and rain. In shutter form, it is used in front of a window and protects the window from vandalism and burglary attempts. - wikipedia

It looks like a "heavy duty", ie metal, kind of what I (in the UK) would call a roller blind. These have a cord on one side which you can pull either side to lower or raise the blind.