Is there a term describing a popular feature in modern computer games, where players can send messages during the game by selecting messages for typical situations from a predefined list rather than typing message text in normal way?

The examples include so-called "chat wheel" in Dota 2 where player can select from 8 different messages. The set of messages and their position on the wheel can be configured in settings. This system supplements the conventional text chat. 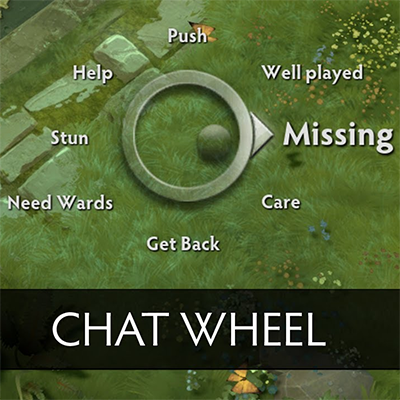 Another example is Hearthstone. The set of 6 messages is fixed, though different heroes have their own phrases corresponding to each message. There is no option to type messages so this system is the only way of communication for players during the game. 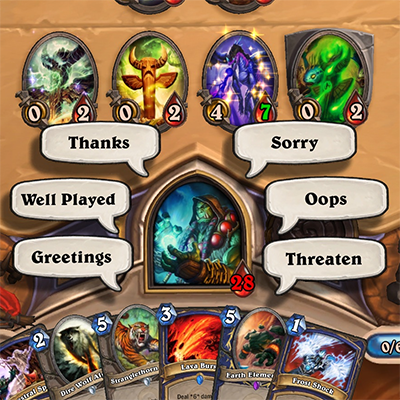 Perhaps, there is also some derogatory term with negative connotation referring to degradation of communication, caused by this feature?

I am using that macro (or chat wheel command if you will), but it's not specific enough when you wanna let people know which hero is actually missing without having to waste time on typing. –dev.dota2.com

I call these chat macros.

Be careful using it by itself out of context though; macro can mean other things as well.

Definition of “Macro” as used by Starcraft II players? –Arqade

A loose use of the phrase: lost in translation might make a good substitute for the "degradation of communication", where the limited options provided by your set of macros often leads to misunderstandings.

I believe that the term is "choosing from a menu." Because the computer is offering a "menu" of choices for "selecting messages for typical situations from a predefined list rather than typing message text in normal way".

2
What term describes an agency that serves to damage reputations rather than enhance or maintain them?
4
Confusion caused by delays in human communication: layman's term word or phrase
9
Is there a word for the selective removal of items from a list (other than cull)?