Pronunciation of "Wales" and "whales" in Scotland

I was brought up in Japan and I was taught that w and wh are pronounced differently. But after I came to the US I learned that they mostly sound the same.

Now I watched this Youtube video where Craig Ferguson apparently misspoke Prince of Wales as Prince of Whales and the audience laughed.

Traditionally, what you were taught is absolutely correct, they are distinct sounds. However, in the English spoken language, the two sounds are currently undergoing a merger.

There is some good information on this on Wikipedia at Phonological history of wh. The loss of distinction between w and wh is known as the Wine–Whine merger.

Both consonants are "labio-velar approximants", with the w being "voiced" and the wh being "voiceless".

According to the article, you are correct about the regions where the distinction has been lost and where it remains; it remains in Scotland, but throughout most of the United States, the two sounds have merged into the voiced w:

The merger is essentially complete in England, Wales, the West Indies, Australia, New Zealand, and South Africa, and is widespread in the United States and Canada. In accents with the merger, pairs like wine/whine, wet/whet, weather/whether, wail/whale, Wales/whales, wear/where, witch/which etc. are homophonous. The merger is not found in Scotland, Ireland (except in the popular speech of Dublin, although the merger is now spreading more widely), and parts of the U.S. and Canada.

This map from Wikipedia shows a rough approximation of the regions in which the contrast between the sounds is the greatest: 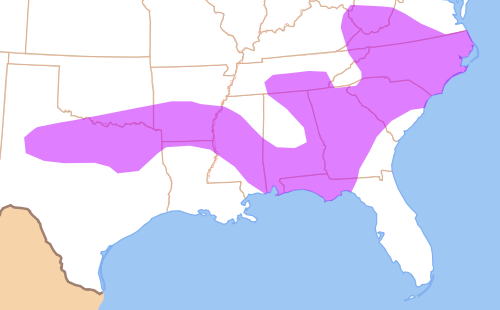 The character Stewie from Family Guy, who is voiced in a very stuffy, grandiloquent accent, puts a great emphasis on the wh sound, a point which is made fun of in this video.

My own family is an example of this merger in action. My parents, especially my mother, speak the sounds distinctly, but my siblings and I do not. She was an English teacher, and we've had discussions about how our wh laziness irritates her. We insisted that it's not just laziness, but that the dialect has changed, and apparently this research shows that is actually true.

It's also worth noting that in parts of Scotland, the distinction goes even further. In Aberdeenshire, the "hw" sound has become even more distinct, and is now pronounced "f" (at least, when speaking in the local dialect, known as "Doric"). So words like "what" are pronounced more like "hwit" in the Central Belt part of Scotland, but are pronounced "fit" in Aberdeen.

This gives rise to the joke about the child trying to work out which boot goes on which foot, and asking "Fit fit fits fit fit?" (what foot fits what foot).

The pronunciation of "wh" is very much debated. According to the region you are in, the "wh" is pronounced differently. Certain accents pronounce it "w", in a process called "wine-whine merger", while some still pronounce it as "hw".
Originally, the "wh" was pronounced "hw". This can be explained due to its history( i.e. "who" in Old English was spelt "hwa")

I reckon Craig Ferguson was just playing on this, except in the direct opposite, by pronouncing "Wales" as "Whales". Usually, "whale" is pronounced "wale", and so, Craig Ferguson may have been making a deliberate mistake.

It is certainly true that a merger is underway in Canada. I myself differentiate between w and wh as I grew up listening to my Scottish parents, and I think in general Canadians in the 50s and 60s spoke this way. It wasn't until the 90s when my own children began to make fun of me, especially in relation to our own family name (White) that I even realized that things were changing.

It is always disturbing to see one's own heritage disappearing and to have fruitless conversations with one's own children over such things. Now I have in a way acquiesced somewhat to avoid embarrassment, as I am a teacher, and find that it is a constant struggle to decide whether to stick to what I think is correct, or to go with what the majority feel is the correct way. I am talking about many other pronunciations, not just this w vs. wh dilemma.

In England, 'Wh' and 'W' are pronounced in exactly the same way, and so there is no difference between 'Wales' and 'Whales' to the English listener.

I reside in the Southeast US (Mississippi) and here (as in most places I've lived in the US) the difference between how "w" and "wh" are pronounced are so subtle as to be virtually nonexistent. I'd say the w/wh merger is well under way here.