Another expression for an ellipsoid whose major axis is long

(By 'long ellipsoid' what I precisely mean is an ellipsoid whose major axis is much longer than other axes.)

I think 'long ellipsoid' doesn't really sound academical though one can understand it.

The mathematical term for an extremely oblong ellipsoid or ellipse is “highly eccentric” and an only-slightly-less-technical term is “elongated.” Both terms are used in the Abstract for “Modeling sets of unordered points using highly eccentric ellipses”:

The points are modeled by highly eccentric ellipses, and line segments are extracted by the major axes of these elongated ellipses.

Note: Strictly speaking, the term eccentric applies to ellipses, the two-dimensional cross sections of ellipsoids, which are three dimensional. Even a highly enlongated ellipsoid can have a perfectly circular cross section in some direction, but no mathematician will misunderstand or object to the phrase highly eccentric ellipsoid.

If both minor axes are of equal length, then the precise term you're looking for the overall character of the shape is prolate spheroid (Wikipedia). From M-W.com:

prolate: elongated in the direction of a line joining the poles <a prolate spheroid>

spheroid: an object that is somewhat round but not perfectly round

If the two minor axes are not exactly equal then it's a bit muddled, but per the above Wikipedia article one could probably call it, e.g., a prolate tri-axial ellipsoid.

hmmn's answer is good in terms of emphasizing the extent to which the length of the major axis is greater than those of the minor axes, however.

To note, the above is in contrast to an ellipsoid where there are two long axes and one short axis, which is an oblate spheroid:

oblate: flattened or depressed at the poles <an oblate spheroid>

If the short axes of your ellipsoid have the same or a similar length, consider spindle-shaped or fusiform (which is the same in Latin).

The Oxford Dictionary of English defines spindle-shaped as:

having a circular cross section and tapering towards each end

The Wiktionary defines fusiform as:

Shaped like a spindle with yarn spun on it; having round or roundish cross-section and tapering at each end.

In case you don’t know what such spindles look like: 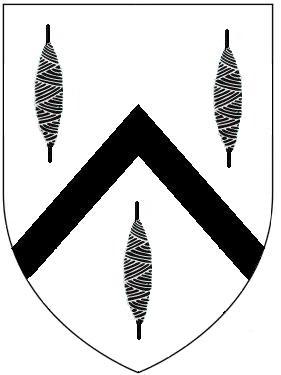 Many other dictionaries skip the aspect of a round cross-section. I can only assume they regard it as implied by tapering towards each end.

Also note that both, spindle-shaped and fusiform could be interpreted as the end being pointy instead of rounded (which it would be for an ellipsoid), e.g., this article explicitly distinguishes between the two forms.

Not the answer you're looking for? Browse other questions tagged phrase-requests expression-requests or ask your own question.

1
A phrase to mean “an acceptable deal”
6
The wheel has become an eight
3
A better phrase for 'construction of mock-up objects by following historical recipes'
3
Idiom or expression that would imply “someone is showing equivocal behaviors that indicate a feigned reluctance”
3
Word for “Deconstructing Something Past Recognition”
3
Expression for a perverted idea of fidelity
1
idiom or expression for technically true but ignoring a bigger more important truth
0
“With that out of the way” synonyms
1
How do you concisely make clear something exists only once?