What semantic verbs are used with there besides the verb to be?

I'm looking for the cases when there is used as a formal subject. For example in:

These types of sentences are referred to as presentational constructions. They consist exclusively of intransitive verbs:

The verbs that allow this kind of usage quite often take no Complement at all. If we have a very big, often indefinite, Subject and there is no Complement of the verb, such sentences will sound very odd if the Subject is in its normal position:

Semantically, many of the verbs which allow such constructions designate existence, coming into view, or being in a specific location.

An example with a location:

An example regarding coming into view:

An example regarding existence:

Here is an entry from the Cambridge Grammar of the English Language, Huddleston & Pullum 2002, on presentational constructions: 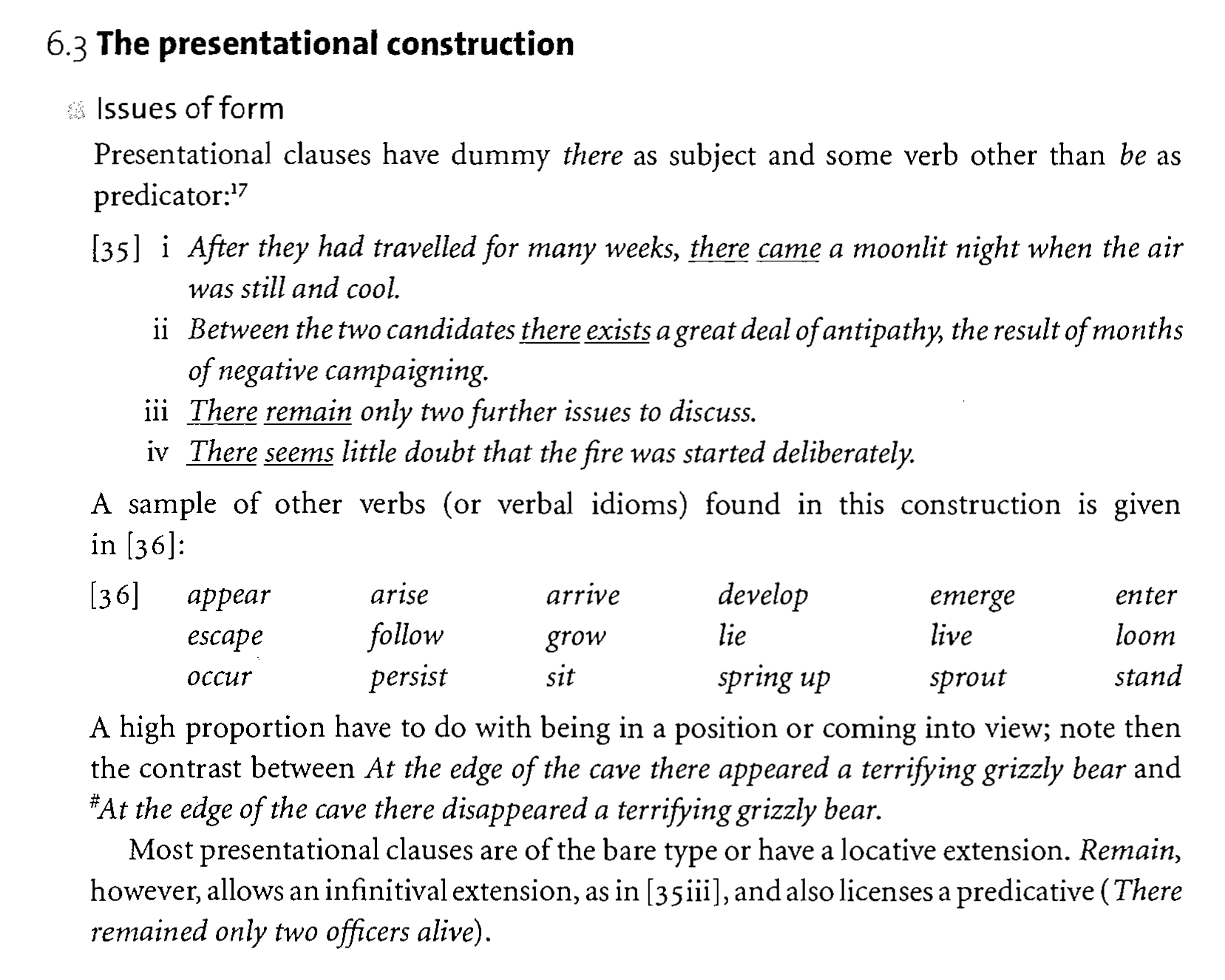 Not the answer you're looking for? Browse other questions tagged verbs subjects there-is existential-constructions or ask your own question.

5
Meaning of "And the day came when ... "
4
Word order for subordinate questions

4
Is there a word for the "primary" verb in a clause?
5
Confusing rule about subject-verb agreement
2
What is the grammatical subject in these phrases: "what is there to eat?" and "who is at the door"
9
Name for a verb that switches meaning depending on whether it has an object
6
'There are you and me' versus 'There's you and me'
1
Is there an active verb for being awake?
3
Use of “there were”