The meaning of the idiom "pin one's hat on something"

HINOJOSA: And how they got there is the reason why the Kohn family is now part of a national scientific study to locate a gene for longevity.

DR. TOM PERLS, CENTAGENETIX: We started off studying all the centenarians in a region around Boston and found that they had several things in common -- for instance, they didn't smoke, very significant obesity was rare. But beyond that we couldn't really pin our hat on anything until we kept seeing a lot of brothers and sisters getting to very old age. And some families where we're seeing many brothers and sisters and cousins and parents getting to a very old age as well.

I guess the idiom "pin one's hat on" means something like "make a conclusion" or "be certain about".

I googled it but I couldn't find any meaningful resource.

What's the meaning of the idiom "pin one's hat on"?

You need something stable and firmly attached to your head, to 'pin your hat on'. In the case of the original hatpin, that was women's hair: the long pin was driven through the hat, then through the hair. More pins might also be used for greater stability. 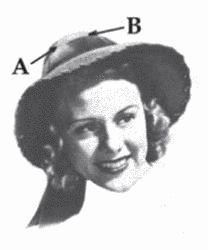 In the figurative sense in your case, the thing the hat is pinned on is evidence [the hair] that supports analysis of or conclusions about factors contributing to comparative longevity [the hat].

Expectably, given your own failure to find information with Google, this idiom is not so common as I'd supposed from its immediate familiarity to me. Another instance of the same general meaning in use is this:

It protects me as a trial judge and it gives the courts of appeals something to pin their hat on when they write their decisions.

As an aside, the retroactive "fitting" of the model output to fit previous temps is what the AGW scientists pin their hats on when they exclaim, "the models are accurate."

(From "Are human influences on the climate really small?".)

Their meanings are, respectively,

B. pin one's hopes on
Also, pin one's faith on. Put one's hope or trust in someone or something, as in She'd pinned her hopes on an early acceptance to the college but it didn't materialize. This term, dating from the 1500s, originated as pin one's faith on another's sleeve and may have alluded to the practice of soldiers wearing their leader's insignia on their sleeves. By the 1800s, however, it acquired its present form.

[From Cambridge Dictionary of American Idioms. S.v. "hang hat on." Retrieved February 16 2016 from http://idioms.thefreedictionary.com/hang+hat+on and The American Heritage Dictionary of Idioms by Christine Ammer. S.v. "pin one's hopes on." Retrieved February 16 2016 from http://idioms.thefreedictionary.com/pin+one%27s+hopes+on ]

You could imagine them saying "we couldn't really pin it down" or "..pin anything down". As it is, as the first answer says, they are mixing their metaphors.

I think it's just an erroneous conflation of (something to) hang one's hat on (metaphorically, something you can rely on or brag about), and nail (or pin) one's colours to the mast (to declare one’s beliefs or intentions openly).

I honestly couldn't say which of the above senses is intended in OP's context, but I seriously doubt the speaker was aware of both, and deliberately phrased things that way to convey both meanings simultaneously. That would be very creative use of language - and largely pointless, since in context it makes no real difference.

EDIT: Here's a chart showing that pin our/one's hat on simply doesn't exist by comparison with the established idiomatic usage based on hang... 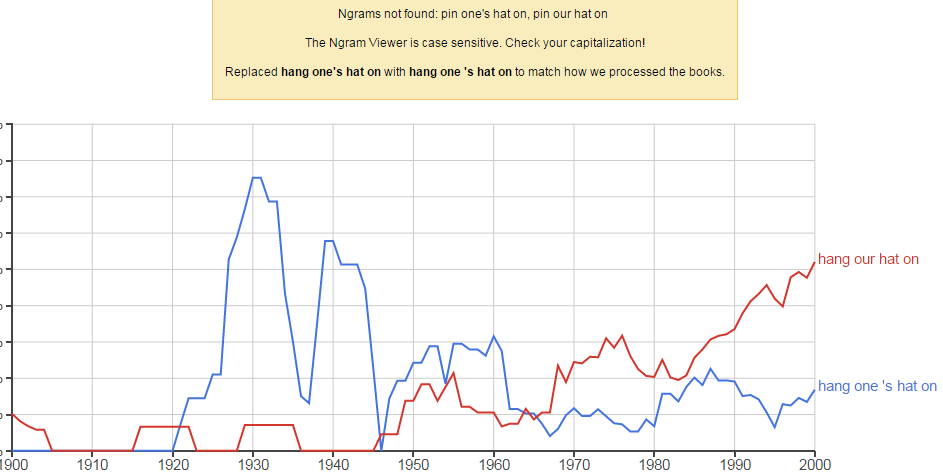 Note that most if not all instances of the our version above can only be the metaphorical idiom, since a literal interpretation makes no real sense with a plural pronoun our and a singular hat.