But seem English doesn't have any /e/ or /o/ as a phoneme. A phoneme /ˈfoʊniːm/ is one of the units of sound that distinguish one word from another in a particular language. The difference in meaning between the English words kill and kiss is a result of the exchange of the phoneme /l/ for the phoneme /s/. Two words that differ in meaning through a contrast of a single phoneme form a minimal pair. (Wiki) 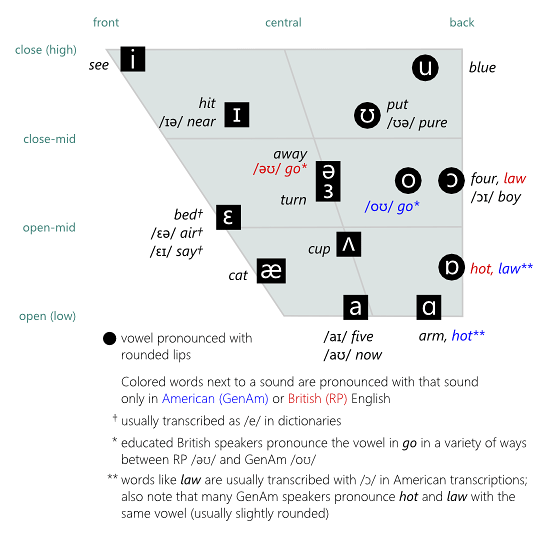 See the vowel "o" I couldn't find any word in English dictionary that has vowel "o" stands alone without any other vowel standing next to it.

There are no words that can pronounced as /ɡo/, /ko/ where the /o/ stands alone.

I think that the honest and direct answer to the question is that native English speakers will guess, probably painfully incorrectly to a Vietnamese ear, "lee" or "lay," and "bow" (as in "tow"). Americans will sound dipthong-y in most variants.

If the native speaker is American, older, and (probably) male he may assume that the pronunciation he remembers acquiring as a soldier 40-50 years ago must be right. If he cares deeply, he may go down the street to the Pho Dang restaurant, ask the proprietor, and continue to pronounce as shown above. (But he will feel better about it.)

If the native speaker achieves correct pronunciation, it would be commendable. But the pronunciation would no longer be that of a "native English speaker."

It sounds terribly cynical, and it's certainly not scholarly, but few native English speakers of my acquaintance - be they Americans, British or Australians - do justice to the pronunciation of other languages.

Canadians are an arguable exception: a truly bilingual Canadian switches gracefully between English and French.

(However, I understand that my Parisian friends may not readily accept the language spoken in PQ as "French"!)

4
How to pronounce “worried”?
3
Nasalization in IPA
0
Audio vs. Law [pronunciation]
1
Is there any word in English where the sound /o/ stands alone without being part of a diphthong?
12
Could you clarify /e/ and /ɛ/?
3
Do any English words end in /ɒ/, a short o?
0
How is /ɑ:/ realized in British English: [ɑː] or more relaxed than [ɑː]?