Tawkin'? Tawk? I don't get the joke

from Tom Wolfe's The Bonfire of the Vanities:

"I'll think a something. Half a my practice consists of talking to people who are not anxious to talk." Tawk.

Killian leaned forward and said, "Awright. The first thing you gotta understand is, from now on, you gotta keep your mouth shut. You understand? You got nothing to gain, nothing, by talking about this" — tawkin — "to anybody, I don't care who it is. All that's gonna happen is, you're gonna get jerked around some more like you did by these two cops."

"You someplace you can talk?" he asked. Tawk.

People's accents an manners of elocution are Tom Wolfe's favorite toy. Most of them are instantly recognizable, or at least very easy to figure out. For instance, when he shoes that all New Yorkers pronounce "of" as "a" (as in the first quote in this post, "I'll think a something. Half a my practice consists of ..."). 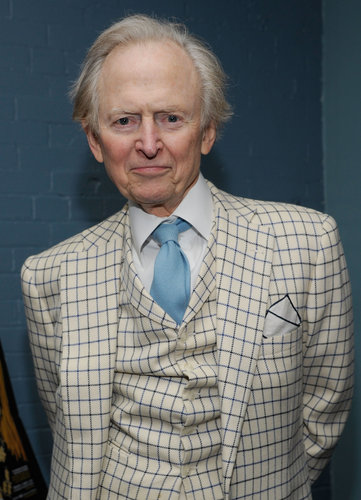 This whole tawking business, on the other hand, is puzzling. In the novel, all law-enforcement officers and lawyers or Irish descent speak that way. The chapter where this is emphasized is titled Tawkin Irish.

Well, yes, many New Yorkers (not just the Irish ... uh ... contingent ...) tend to overemphasize certain sounds, and, yes, the vowel in the word "talking" is one such sound, and I see how the consonant preceding it must strike a non-New-Yorker as explosive, but ... but ...

I looked it up. Each dictionary I consulted ended up assuring me that the vowel in "talk" was exactly the same as the vowel in "hawk," "dawn," and "mawkish."

I don't get the joke. Please explain it to me. What am I missing?

The farther east you go from Manhattan proceeding over Long Island through Nassau County, the farther right the natives get on the pronunciation scale from "tahk" to "tooawwk." TW is emphasizing the Nooo Yawwk accent.

27
Pronunciation of “have” in “I don't have to” [do something]
7
Where did “sorry” get its vowel sound?
6
the pronunciation of “get”
2
Is the stress necessary on Don't in Don't mention it
6
How did some English words get a “y” sound in front of “uː”-sounding vowels?
8
Why the does 'tu' get pronounced 'tyu' in British English?
0
When do and don't we link 2 adjacent words in pronunciation?
2
Do long vowels ever get reduced to schwa?