What is an unmown lawn called?

To me "a lawn" conjures up an image of something well-kept, mowed green grass and flowers. So I've been thinking if a person doesn't care for the space in front of his house and lets it run wild, with weeds all over the place and some random grass patches here and there, will that still be a lawn? Or is there any special word to call it?

Unkempt lawn is the right term.

One of the definitions of unkempt is:

covered with plants that have been allowed to grow wild. "The garden was overgrown and deserted." 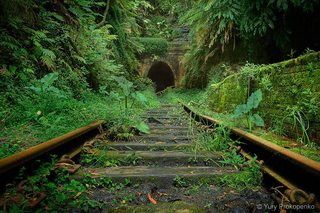 The council passed, without dissent, an ordinance stiffening penalties for owners of any property where city workers have to cut overgrown lawns or remove junk. Officials have said it will be used mostly to target vacant lots and foreclosed buildings that are proliferating around the city. –chicago.everyblock.com

IIRC, Chicago's "legal" definition of overgrown lawn is when the grass is taller than 18 inches.

If I were discussing land owned by one particular person that is adjacent to his residence, I would describe it as Neglected.

The home owners association kept on pestering my about my neglected lawn.

I think the other answers address the case where an owner should have a nicely mowed lawn or tried to and has failed to maintain it. However, in rural areas (or areas on the boundary) here in the midwest some owners will choose to leave the natural grasses in place. We make the distinction between a turf lawn which is the more maintained, closely cut, green grass type lawn...

the upper stratum of soil bound by grass and plant roots into a thick mat -http://www.merriam-webster.com/dictionary/turf

...and the natural lawns which we tend to call prairie grass.

any of several grasses found on the prairies of the U.S. -http://www.merriam-webster.com/dictionary/prairie%20grass

A prairie grass lawn (also sometimes a native lawn) is typically mowed, although often less frequently (once a month or so) and for larger yards, only part of the yard around the house is mowed.

Our HOA limits the square footage of turf that we're allowed so we decided to just stick with prairie grass throughout.

For reference, a prairie grass lawn would look like: 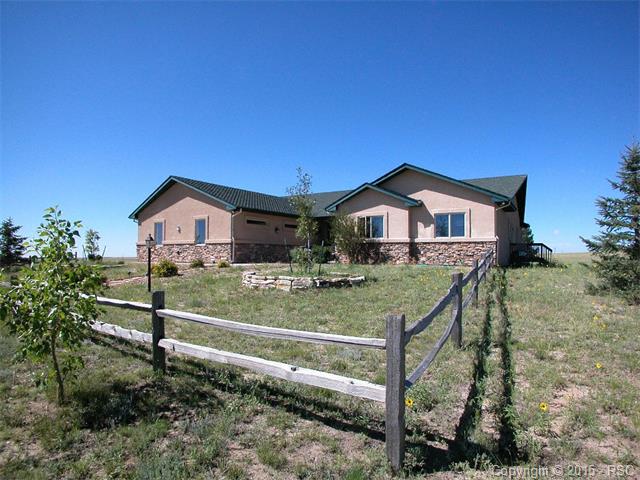 If it is large enough (say, minimum 1/4 acre, but this is a guess), it can be a meadow. Merriam Webster

We have several meadows on my quasi-rural road. In our area (northern VA) meadows need to be regularly mown or they will revert to woodland. Several of the larger meadows are cropped by horses and mown three or four times a year. They also need full sun, or they will become weedy.

Our library planted a wildflower mix in its tiny meadow. It is spectacular six weeks of the year and charmingly rural the rest of the time.

But you are talking about something much smaller, weedy and with no wildflowers, and probably too shady to ever achieve meadowhood.

The word you are looking for is eyesore

something unpleasant to look at

A building, vacant, rubble strewn lot, or a messy front yard is an eyesore.

There is no technical landscaping term that I know of for a neglected lawn. You might want to go to Gardening and Landscaping SE, but if so, you should reword your Q so as not to post an identical question on two sites.

Mazura's overgrown garden or yard is pretty much spot on. But if the OP wants to add a touch of hyperbole, I have often heard of gardens whose lawns were never cut, and where the weeds simply took over as being like jungles. 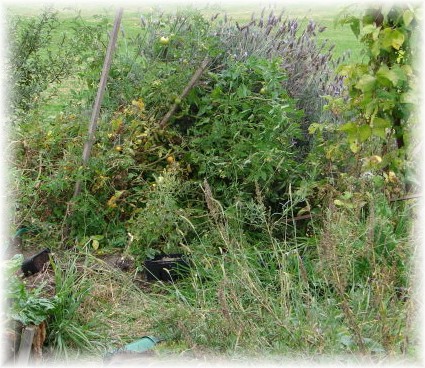 However, this term is generally used to describe farmland rather than residential landscaping. I think most people will just use words like "unkempt" or "unmaintained" in everyday usage.

You could call it untamed lawn.

untamed: allowed to remain in a wild state; not changed, controlled or influenced by anyone; not tamed Oxford Learner's Dictionary

You may say that the lawn is in limbo.

Definition: A condition of prolonged uncertainty or neglect; state of oblivion for things cast aside, forgotten, or out of date. 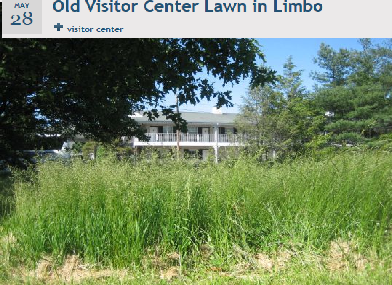 Assuming that you do not specifically wish to call attention to the lack of care and attention the lawn has been receiving of late, this would, in US English, be called a front yard, or just yard.

an area in front of a house

It also defines a yard as (among other definitions):

Possibly, though I've not heard it used, it might also be called a front forty, akin to a back forty. I think that implies a certain size, though, while yard can be even a small scrap of land, with or without grass, overgrown, trampled to mud, or neatly mown.

M-w does not recognize the term "front forty", and its definition for "back forty" is contemptuously subscriber-only.

In UK English, the term "yard" usually describes a paved area, fenced or walled, so we would instead use front garden -- even if there are no flowerbeds or cultivated crops. Frankly, if there's anything growing at all, it's called a garden in England.

This is not really represented in the OED's definition, though, which just says of garden that it is:

[chiefly British] A piece of ground adjoining a house, used for growing flowers, fruit, or vegetables

And of course, in both places, lawn can also be used just fine. My wife often asks me "have you mown the lawn yet?" and I reply "sure I did, just last year!"

It says nothing about how OFTEN it should be mown.

While lawns are technically cultivated grass, they are often unkempt, so the term lawn, by itself, doesn't imply much about the quality of the grass there. In fact, when there's a drought and all the neighborhood's grass dies, we still call them lawns. "No point watering the lawn, it's deader'n roadkill."

18
What is a female ass called?
1
What is a "thread of a bow" called?
2
What are the reflective thingies called in English?
4
What is a baby ling called?
3
What is someone called who incurs expenses?
1
What is a person living in a hostel called?
2
What is a hobbyist who collects old newspapers called?
3
What are those who await something called?
0
Single word equivalent for short, natural length grass?
5
A better word than 'cathouse' for an outside shelter for 1 cat